IT'S A MAN' WORLD

Up in the Midlands to see my Dad and run an important errand.

Chez Lester. We are homemaking. This involves standing around as the Dark Lady reels off a bewildering array of colours that look red to me. Some of the others may be brown, I think?

I've mentioned this often before but there is no way men can be accused of being the rulers of the world if we don't know what colour it is! 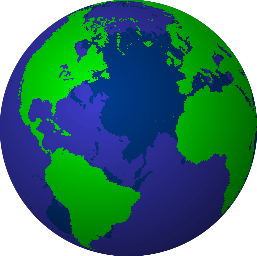 Having followed some of the U.S. election and its debates recently, maybe a crucial question should have been posed by the moderator:

President Obama would probably have given a long and carefully argued case for more investment in it. Mitt Romney, on the other hand, would suggest that it was a threat to National security and should be bombed immediately, neither of them having a clue as to what it was they were describing.

Perhaps they should let Michelle and Ann - their respective wives - deal with policy. The world would probably be a better place with less macho posturing. 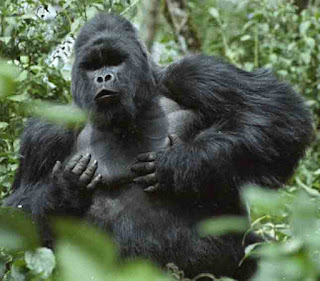 It would certainly look and smell better.

So after a quick Cup of coffee I went to a haberdashers to look for curtain material. I had been furnished with a swatch of sofa material to compare with the stuff in the shop.

(Guys, a swatch – apparently - is a scrap of cloth you wave around near other material until, as if by magic, it tells you what to buy. It's a bit like water divining).

The 21st century plan was for me to take pictures of the stock with my newish phone and email them to the Dark Lady hard at work in her office. She could then instruct me as to what matched. I had all the measurements. So once a decision was reached all would be fine. 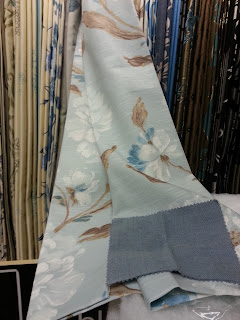 I emailed the first no problem. The second picture froze in the phone and despite a good signal took 25 minutes to send.

At this point I gave up. However, I do have 20 photos of possible curtain material. Most of which look the same to me

Furious at being thwarted I stomped off to the nearest branch of Acme Fones.

One new SIM later. A deluge! 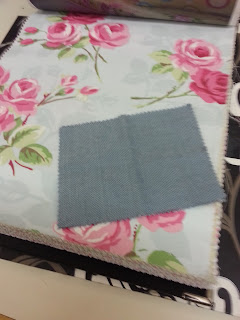 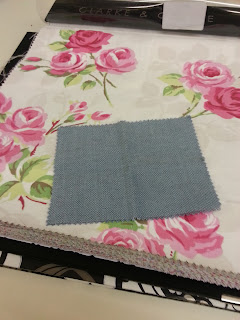 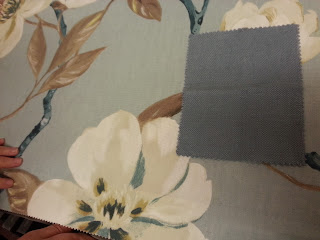 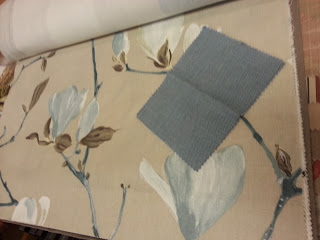 Alex, i'm not sure what colour taupe is either - and i'm a girl! Blue i know, jeans are blue! Hang on, is that Neil Diamond i hear.....

Hey Alex, much admire your wife letting you loose in a fabric shop - especially with your track record...... my advice, don't buy anything without clear instructions - you know it will be the wrong thing. Meggie (ps don't be persuaded to go for taupe - yuck) - thanks for playing Randy Crawford last night, I love TJW and his songs