In a convoluted way. I always try to match the contents of my blogs to a song title. Although thus far I've not managed to hang my musings on such musical classics as: "Gilly Gilly Ossenfeffer Katsenellen Bogen by the Sea". Or "Does Your Chewing Gum Lose its Flavour on the Bedpost Overnight?" Although if you read on you'll discover there is a slightly tenuous connection to "I'm a Pink Toothbrush"! 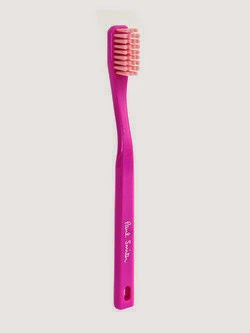 Not long ago it was time for my annual trip to the dentist. A journey that always used to fill me with dread. As a small child if we ever went on the trolley bus from our home in Walsall to nearby Bloxwich. My heart would fill with dread.

Other kids would have been clapping their hands with joy at the prospect of sitting on the top deck of this blue whirring machine which smelled of rubber and burnt electricity. 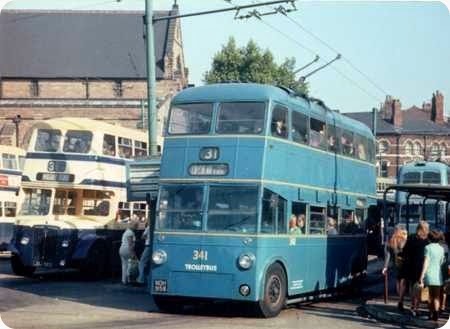 For me this meant a whole world of pain awaited. I never made it without at least one filling and the injections from a huge metal syringe did nothing to dull the agony. The high pitched drill and the acrid taste and smell of ground enamel and dentine was almost too much to bear.

When I left home I left all this behind and didn't visit a dentist again for 28 years!

I was coaxed back by assurances that things had changed and it was painless.  On my 40th birthday half a tooth had snapped off as I ate a kebab. I realised something needed to be done. So off I went. The impossibly young lady dentist assured me I wouldn't feel a thing......

I didn't! 28 years of neglect led to me needing the half tooth rebuilding, two holes filling where the amalgam had dropped out and two more being drilled out and replaced with modern white plastic.

I have been a regular visitor ever since.

Due to industrial quantities of green tea during the shoe every morning. As well as the odd glass of red wine and occasional cup of coffee, my gnashers do tend to get a mite stained so they need a clean up every so often.  My dentist now has a new system whereby the ivory castles are blasted with what tastes like sherbet tasting sand.

So it was to the surgery for a cleaning session.

It's not uncomfortable. It's actually quite funny. As the assistant vacuumed the sand out of my mouth as the dentist tried to fill it up with more. The stuff gets everywhere and lacerated the gums slightly so there is some blood.  It generally feels like someone is trying to climb into your mouth clutching a selection of tools a leaf blower and a sweet shop.

I then headed off to the bank to pay some bills.  As I was working through the various transactions I noticed the Clerk regarding me strangely. It was only when I returned home and looked in the mirror I realised why.....! 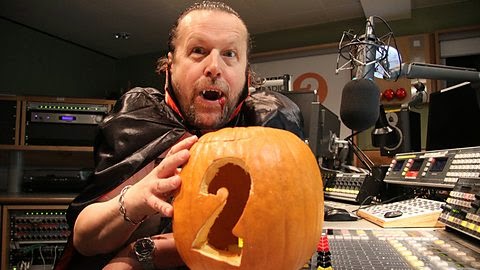 I would have gone somewhere else to do my banking but there's not a local branch of the Bank of Transylvania!

My lovely Dad has had a bit of a rough time of late.  First of all Jersey his much loved old cat which actually belonged to my late Mum succumbed to cancer of the nose and is now buried in his garden under the holly bush where he liked to sun himself. 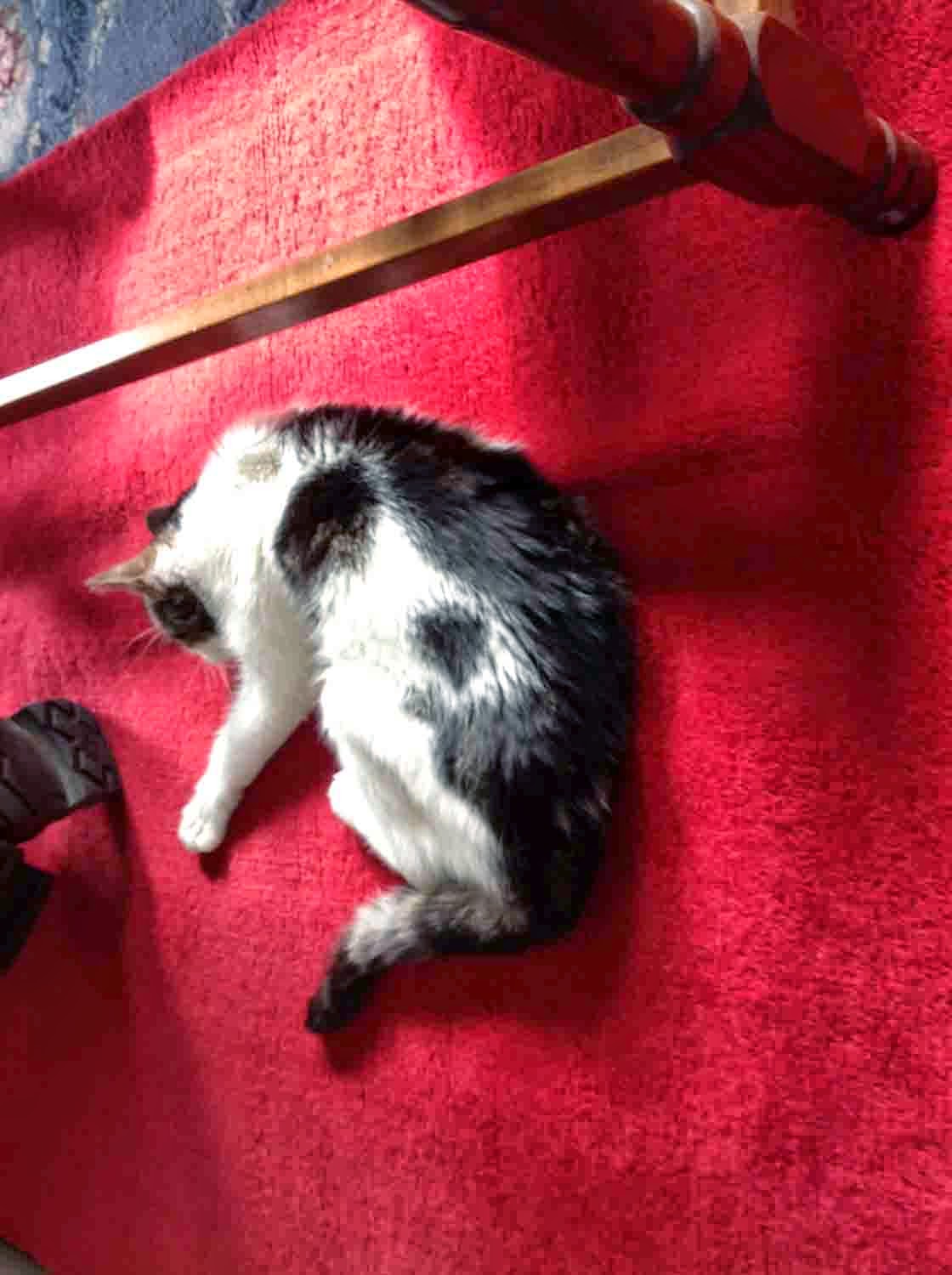 Then he inhaled some partially digested food one night due to acid reflux which turned to pneumonia. So he was carted off to hospital. He being a medical man was impressed by the care he received although he observed that Muslim patients wore rather sober pyjamas!

He is back home and well on the way to recovery. However still not quite strong enough yet to do his garden. So I offered to mow the lawn.

The last time I undertook this task was probably more than 40 years ago when he had a wonderful petrol driven Suffolk Colt motor mower. 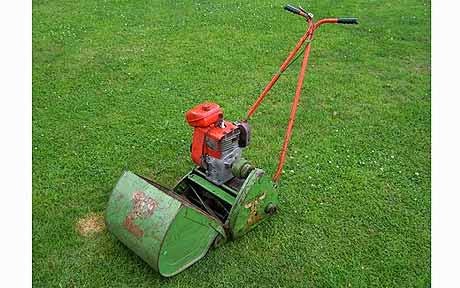 Now firmly in the 21st century he boasts a rather plastic hovering thing. Gone are the neat Wimbledon stripes. In its place something which we were promised was "less bovver"!

It has none of the cachet of a solid iron mower. It doesn't make a very nice noise. Just some whirring. There is no sweet smell of petrol and exhaust fumes and you worry about hacking the flex so you hang it over your shoulder and strangle yourself at every turn.

Still being the dutiful loving son I set to the task at hand. My Dad thankfully doesn't have rolling acres and a lot of the lawn was given over to vegetables then flowers years ago.  As I mowed on something was nagging at me - something to do with this particular enterprise. Something that had caused me to stop offering to help with this chore many moons ago........

Then I remembered.  THE EDGES!  I hated that part of lawncraft. Having to go round the edges clipping them. Then having to go round again picking up the cuttings which was boring and back breaking work as for a teenager. Let alone a slightly tubby middle aged man.

I marched into the house fixed my 87 year old Dad with a stare and said:

That was as far as I got.

"Don't worry I'm not expecting you to do the edges" he said!

The Dark Lady and I have taken up walking and cycling as the weather is improving. So last weekend we set off for a cycle and walk from Hastings along the coast to Fairlight. It's a scenic walk through the Hastings Country Park and highly recommended. 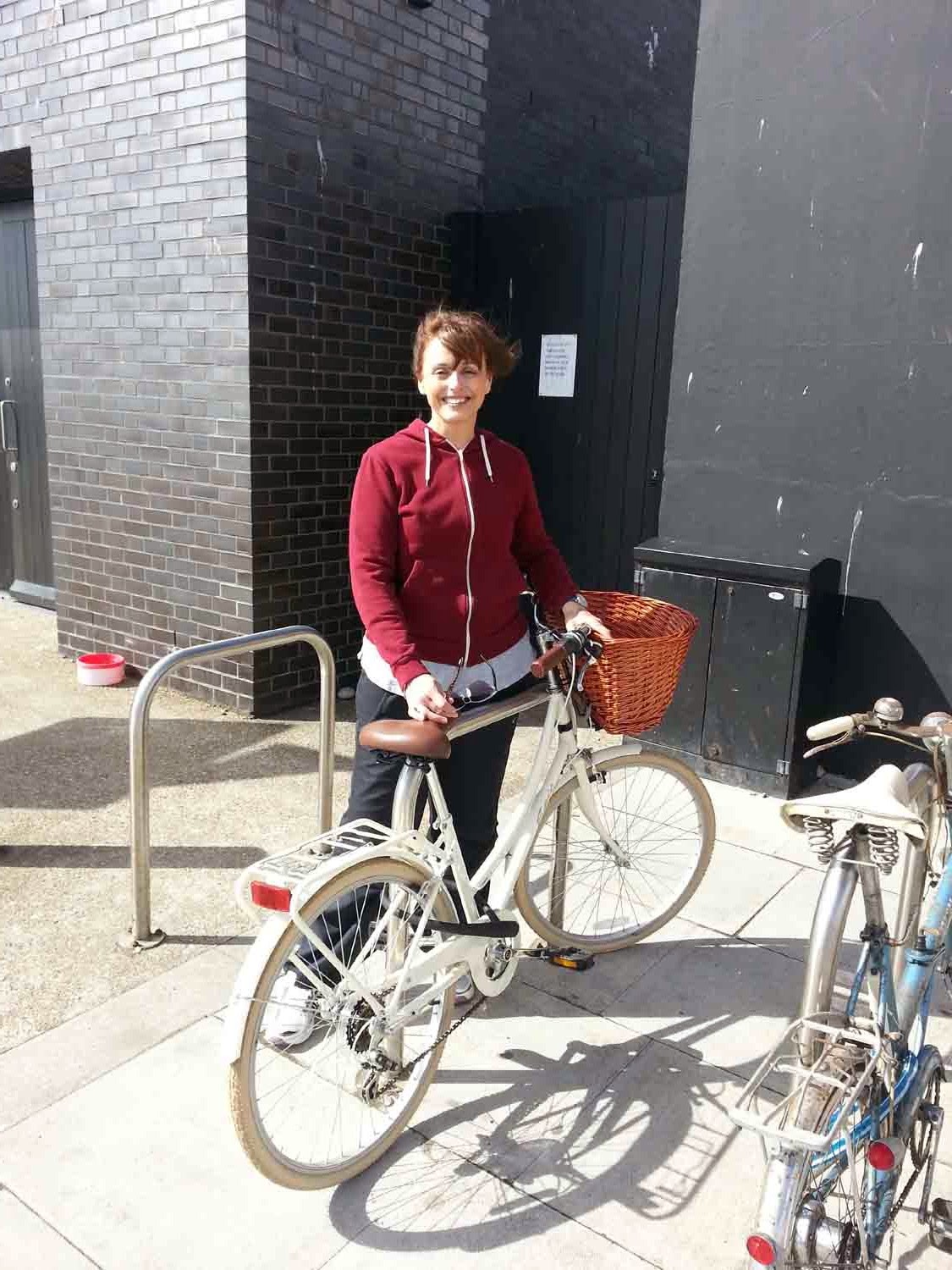 The downside is that the coast is not flat apart from the cycle down the seafront to Hastings Old town where the path begins.

After that its uphill to the top of the cliffs then back down. The its up some more. Then just as you are feeling fit and relaxed down you go once more. We both had a feeling there was more up than down.  The views were spectacular. The sun was shining and by the time we had cycled back home we reckoned we had done nearly 12 miles. 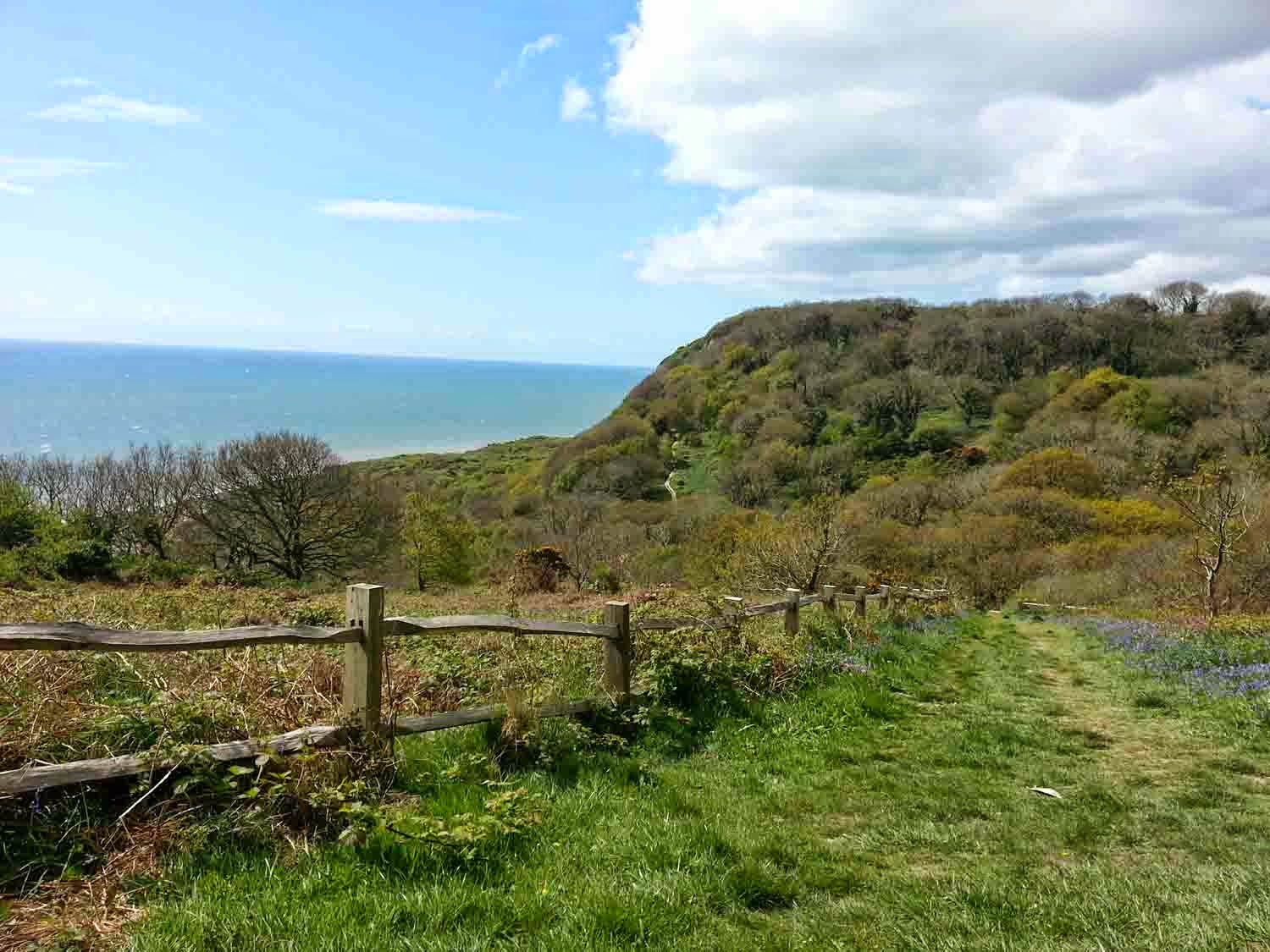 So we went down the pub and promptly undid a lot of the good work we had put in earlier!
Posted by Alex Lester at 15:38 6 comments: