Travelling weekend and one of cold and disappointments.

Drove from London to the Midlands in order to catch up with my Dad for the final time before the wedding. He was in fine form and a lot more relaxed than when I saw him last as - after a lot of soul searching - he has decided to pack in driving. At 85 he thought his reflexes were getting a little slow and frankly didn't want to run anyone over.

His Bus pass, his legs, his hot squeeze, June, and my sister will take up the slack.

He now walks down the supermarket with a rucksack and strides back with it full of groceries so he is getting plenty of exercise and saving money into the bargain. 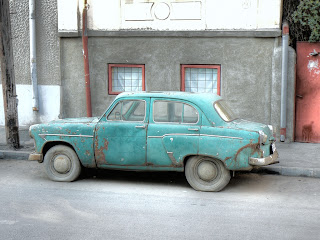 Went to collect the jackets that I have had made for the wedding and the waistcoat.

The first jacket was made and is excellent. The waistcoat didn't have any pockets for my watch so had to be altered. There was a problem with the lining on the second jacket which is a bright colour to match the waistcoat. It didn't sit right to they had to send it back to be re-made. Then there was a flood at the sorting office as they tried to post it too me and so it was lost for over a week. 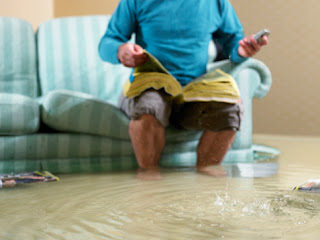 They then found it and offered to drive to London to deliver it. “No need,” I said, as I was going to be in the vicinity at the weekend.

When I arrived at the shop the smiling man told me there was a "problem".

Seems they had been pressing the jacket and the new lining had torn so they had replaced it with a black one!

"If I wanted a black lining I would have asked for one" I raged.

"Why didn't you phone and tell me?"

Nice of them to think of my safety!!

They now have until this Wednesday to deliver the jacket with a new red lining to London or they will be in terrible trouble. Not sure what I will do but it will be bad tempered.

Then it was to the NEC in Birmingham for the Flying Show. Entrance was £6 but parking was £8. Grrrrrr!

In the ticket queue, middle-aged blokes were discussing flying and their experiences.

"What do you fly?" asked the chap behind me to another guy

WHAT DOES IT MATTER? IT’S ALL AVIATION FOR CRYING OUT LOUD!

I loathe this one-upmanship and us-against-them type "banter", just as the Group A pilots refer to "rag and tube" and lawnmower engines on flex-wing microlights; Microlight pilots often refer to the Cessna's etc that the Group A guys fly as "Spamcans"

I gave him the full force of my Paddington Bear 'Hard stare'. However, he was so busy enjoying his rapier-like put down that it bounced of his thick self-satisfied hide. 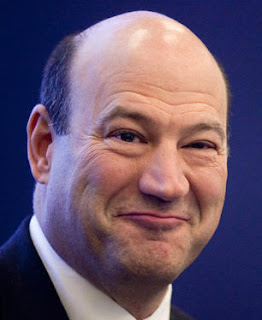 The flying show was really a chance to catch up with my former instructor, Steve Wilkes, and various flying chums and they were out in force. Just as well really as the show itself was very sparse indeed with only a few planes on show. Plenty of leaflets to be had, but very little hardware to ogle.

Then off home to discover the boiler had failed. Brrrrrrrr! 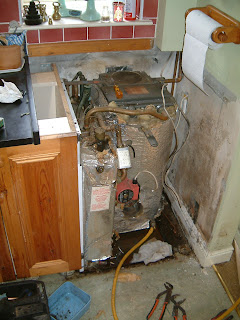 With my impending nuptials there comes responsibility so Sunday it was up early and drove to London to watch the Dark Stepson play football. It was held on a windswept icy pitch in Enfield along with other teams playing round and about. Important match as his team which was second from bottom of the league were playing the bottom of the league team.

Dark Lady was already there and we bumped into Nicola whose lad was on the other team. So we huddled for warmth and tried to remember which side to cheer on. 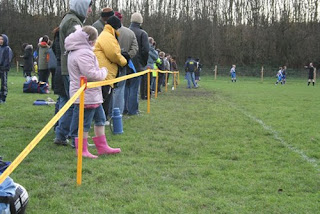 The Dark Stepson played very well, I thought, with some excellent headers. However, when the final whistle went they lost 1-0. This meant that despite some great chances they left the field the losers in more ways than one. They then swapped places with the team they had just lost to at the bottom of the league. Never understood sport and this whole competitive thing. All that effort in the freezing cold and you go home dejected.

Still, a hot bath and restorative Fajita's and he was restored to his normal sunny self.

Just before bedtime we decided to check on the second of the two large lanterns we had bought for the ceremony. We wanted candles on sticks but the only ones we could find were too small and so I pointed out to the Dark Lady they would look like the "Henge" in the film, This is Spinal Tap. 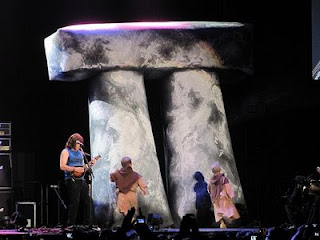 So we ordered a couple of huge lanterns off the internet. First one arrived, the second one was "still on the van". Just as well we checked it as it was broken. Left DL frantically trying to sort it out and went to bed.

Everything is nearly sorted for the big day. We both have lists of things to do.

Hers is down to about 60 items, she tells me.

My list has one item on it. It reads:

I know what you mean about “clubs”, flying clubs, golf clubs, in fact, any kind of club. They’re all the same- full of complete noobs, A few years ago, I joined a sub-aqua club to hone my underwater skills. ‘Twas in a swimming pool. ( Wussies) My first week, I witnessed a huge argument between three club members, which went something like this. “I’m diving with Nigel this week. “NO you’re not! You were diving with Nigel last week”.. “ Yes but it’s my turn this week, last week I was standing in for Roger” It’s just not fair that you get to dive with Nigel two weeks in a row!” But you’re down to dive with Nigel next week, so that would mean you would be diving with Nigel two weeks in a row”. I’m stood there in my wet-suit. I coughed, Ahem…“Hi, I’m Rachel , it’s my first week”. A chap looked over, he said very firmly “ I’m diving with Rachel this week. “Oh Nigel you’re such a tart!” I didn’t go a second week.

Good luck with your nuptials, and hey, don’t get stressed about your waistcoat, it’s no biggy, the whole day will be just a blur anyway, when you wake up the day after, all the people will have gone, all the food will be gone and you waistcoat will be in tatters on the bedroom floor; you’ll think, blimey, we’re married, how did that happen?! You need a plan for day two, week two, year two, decade two etc etc. There’s the stress- turning up suited and booted is the easy part.