Called to a central London venue Tuesday evening for a glass of wine and some things on sticks, this was the annual Radio 2 austerity beano. In this day and age we don't do parties like we did years ago. 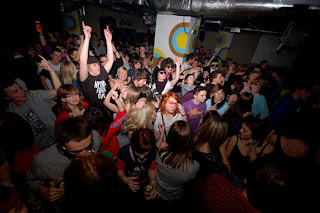 It consisted of a pep talk by The Controller, a review of the year gone by including a fleeting glimpse of yours truly on stage in Hyde Park for our festival in a day bellowing, er, "BELLOWHEAD". 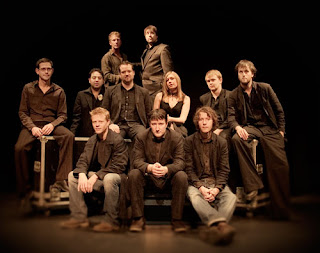 Fleeting maybe but this is a distinct improvement on last year when I didn't feature at all. This is a remarkable improvement on the view the then controller held when I first arrived at 2 24 years ago. There used to be a presenters lunch which I wasn't invited to as night time guys weren't deemed important enough.

Lewis, the Head of Talent (love that title, my ego is swelling as I type), gave a run down of some of the main events of the year and announced David Jacobs is now back at work after a spell in hospital. This got a rousing cheer as he is not only a legendary broadcaster but one of the nicest and most genuine people it has been my good fortune to meet in this business which can be peppered with back stabbing and two facedness ( if that is a word). 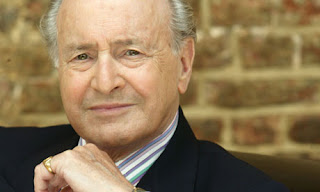 Lewis also announced my impending nuptials which also raised a cheer which was heart-warming.

Robert was up next who, as Head of station sound, is a very senior figure who used to be my assistant years ago when I was a producer. He gave a run down of some of the events and specials you will be hearing in 2012. I can't tell you as the info is top secret, but I will say you are in for a treat next year.

Then a team photo. Being the shortest apart from Jamie Cullum (who unfortunately couldn't make it),Janice Long, Craig Charles and Trevor Nelson, we worked our way to the front. 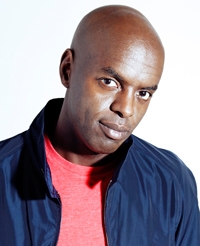 After that we mingled and chatted for about an hour until we all dispersed.

Due to the hours we keep this is about the only time we get to meet and chat. So it was good to catch up with Ken Bruce and Chris Evans as well as Claudia Winkleman, Lynn parsons and meet Ryan Tubridy for the first time as well as Zoe Ball. She's very tall!

Hailed a cab and driver asked me if I had been to a party. The season has started apparently for the Christmas parties. He had just been ferrying doormen to a mobile phone company party in south London.

"They need bouncers at an office party?"

"Yeah. Last year, apparently, the Slough branch had a fight with the staff from the Lewisham branch!” 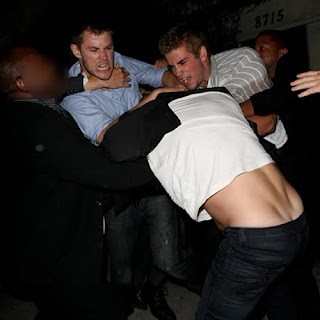