Had the car cleaned yesterday by a nice Nepalese chap. It is now pristine as he waxed it and vacuumed inside and out as well as doing the "shuts"! 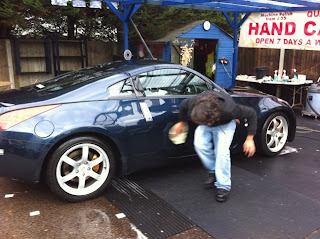 I think they mean the edges of the doors etc. Every occupation has its jargon to give it a professional air and to make the person feel part of an exclusive club. I know how this feels every morning as I send “tone” and “prefade” my “jingles” on “OS2”.

This is about as far as I get with radio jargon. Dr Strangelove, with his more recent commercial radio background than mine, can talk at length about "dry sweepers”, “donuts" and "rolling crunches". No idea what this means but a casual ear on the opposition tells me these terms serve to suck the life out of it and render it bland and anodyne. 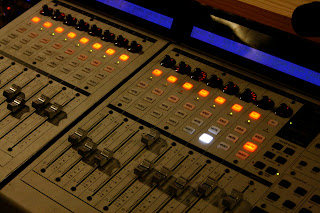 Now the car was pristine (apart from the stone chips, the kerbed alloys and the big scratch on the door where my Dad’s old bike fell against it) it was time to load it up with weddingy stuff and head out. I was so busy thinking about my speech I realised that I had forgotten to turn onto the M25. So by the time I had retraced my steps I had added an extra 20 miles to my journey. I was also very tired so stopped at the Services for a snooze. 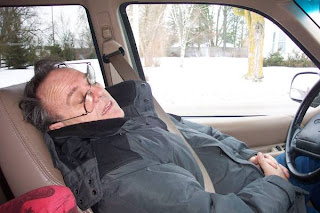 An hour and a stiff neck later I was on my way once more.

Destination reached and car unloaded, I turned round and headed back. This time in daylight.

Rich pickings for the 2011/12 Truckwriting season. In a few miles I saw two RTNH's and one "Ride the Night Horse" on trucks. The word is out and I drove rest of the way with a broad grin on my face.

Then more chores. Although the Dark Lady is doing the lion’s share, I have a few things to do which included buying and delivering a train ticket to a friend who works in a swanky advertising agency. 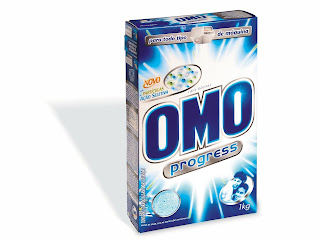 I even got to have a quick look round. There were all sorts of creative types hard at work, every one of them on a laptop. There were other parts to their office including a room full of amps and guitars (maybe to make jingles) and a pool table (no idea why that was there). However, my favourite room was small and dimly lit and the Walls were papered with pictures of camels. Apparently they help the creative process. I am going to insist that Dr Strangelove sources one. Alive, dead and stuffed or a cardboard cut-out. Check out the programme and see if we sound more creative, 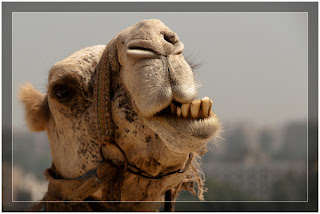