PUTTING ON THE STYLE

The countdown has started in earnest to the big day. Chris Evans kindly wished us well on his breakfast show the other morning. 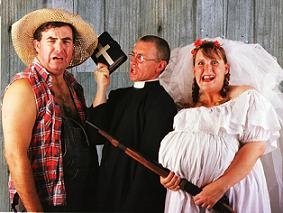 We've ordered the flowers. The cake has been tasted and ordered. The room is booked. The invitations have been sent out and the replies have arrived. The seating plan has been done. The legal bits have been done. Vows written and rehearsed without sniggering or nausea. We have run through the order of service and are now praying the weather is kind and everything goes according to the plans.

All this for a very low key and informal wedding. Am I nervous? No. I am slightly tense as I want everything to go according to plan as I want to see the Dark Lady's face as she enters the room and sees me in my finery. I have been teasing her that I'll be wearing a suit of lights like a matador. However after "discussions" that idea has been shelved. 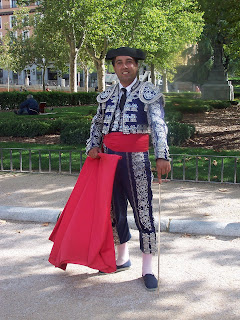 Instead I have ordered two jackets in different styles and a waistcoat. The fitting took place some weeks ago and the first jacket arrived without problem.

The second one had to be sent back as the lining wasn't fitted to the tailor’s satisfaction. The waistcoat was a perfect fit but unfortunately they had omitted the pockets as requested for my watch! 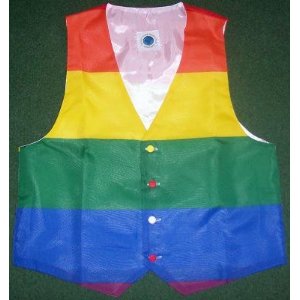 All has now been rectified and I was told they would be arriving last week. The deadline came and went. As I mentioned in a previous blog, seems there was a flood in the sorting office and the label was washed off the parcel.

A call to the shop and they promised it would arrive on Monday.

This became Thursday of last week. By Monday patience was wearing rather thin and seems they had lost the parcel at the Post office once more. So the manager of the store had to go and find it. 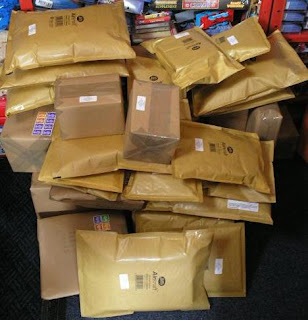 Wednesday and I was assured they had found it and had returned it to the shop to press it once more before the manager offered to drive from Birmingham to London to personally deliver it. I am up in the Midlands this weekend so I'll be stopping by the Tailors so I can try it on and pick it up in person.

If there’s a further cock-up I shall probably be rather testy with them! 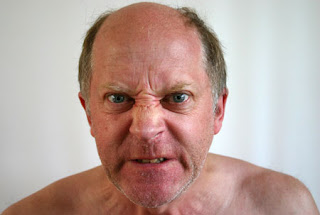 Dark Lady is busy doing the Wedding favours and had run out of ribbon so I was dispatched to a haberdashers to buy metres of the stuff which had to be a certain colour and a certain width. Not sure what it is all about but I'm sure the end result will look like her fabulous!

There is a big file at her house which contains all the vital information including swatches of fabric for her dress. I have been avoiding it like the plague for two reasons. There are a load of bills in there which we are splitting 50/50 as is only fair. So far she has paid for most things. At the last tally it seems she has shelled out several thousand quid and my share had been the insurance which worked out at £55.

The other and more important reason for me staying away is that there are pictures in there and fabric from the dress. If I were to see that before the event there would be hell to pay: massive disappointment and the inevitable superstitions would kick in.

If the file is ever opened I retreat to the far end of the room in case my eye falls upon something it shouldn't.

I am sure this aversion therapy could be used either in defence or medicine. Just how, I am puzzling. 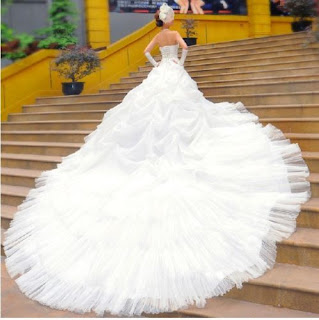 Flowers, cake, seating plan, vows, rehearsals, tailored suits and you call that 'low key and informal'?! Who are you trying to kid - the uninvited maybe! All the best Alex. Hope you have a magical day.