I LOVE THIS BAR

In this job (that isn't really a job) it is a very pleasant way of passing the time to be occasionally invited to a hot ticket event. A couple of years back Country Superstar Toby Keith hit town and I got to see him in concert had a "meet and greet" beforehand. This is a rather American thing where a rather baffled and slightly jet-lagged/drunk/stoned or all three musician is paraded in front of a variety of úber fans and slightly cynical members of the media.

Last time I had my picture taken with him - a big burly man - he appeared to find the whole thing as baffling as I felt embarrassed. A little small talk, a flash pops and up steps, the next candidate to stand next to the performing bear. 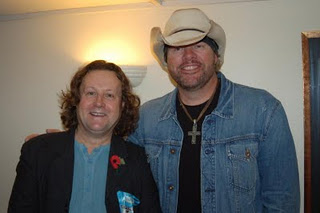 This time he had returned in triumph to appear at Wembley as well as other huge venues around the UK.

As a sort of extra he decided to play a small pub in London's Covent Garden as a sort of "thanks" to uber fans and cynical media types.

He sauntered onto the makeshift stage in the corner with his friend and co-writer, Scotty Emerick.

Two blokes with guitars filling themselves nicely with beer; it was going to be something special.

Toby set the scene by telling us that the pub had been turned into a redneck US bar for the evening. It had and speaking from experience of many mid-Western redneck bars, they had done a fine job. It is quite easy really. All you need is the Stars and Stripes tacked up somewhere a neon sign reading "Bar" and NASCAR or similar on all the TV screens. That and bottles of Budweiser which - to Scotty Emerick’s horror - ran out halfway through the gig. 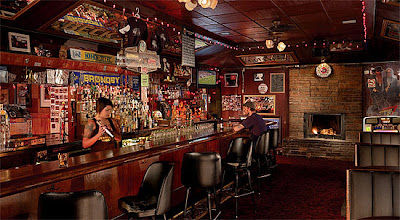 Oh, also scantily clad women/waitresses are a bonus. They were there in abundance.

They then proceeded to kick back and work there way through a few bottles of beer and a load of great country songs, most of which would not make it to radio due to their subject matter.

If you are very PC look away now.

"As Good as I Once Was", a favourite of mine about the ageing process.

"Beer For My Horses", a song he had done with Willie Nelson

So far, so Redneck.

"Runnin’ Block" about double-dating and sex with fat girl.

"They showed up in a pick up
They were right on time.
His was kinda hefty
But not half as big as mine"

"In the foetal position with drool on my chin
We broke down and smoked weed with Willie again".

"Get Out of My Car", a tender song of ever more urgent demands for sex in his truck.

“What would it hurt?
Pull off that shirt
Babe, we've already come this far
Get out of your clothes
Or get out of my car"

Then a surprise novelty song which had the crowd roaring and apparently the video is a huge hit on YouTube and I expect it to be the single from his latest album, Clancy's Tavern.

"No red solo cup is the best receptacle
For barbecues, tailgates, fairs and festivals
And you, Sir, do not have a pair of testicles
If you prefer drinking from glass” 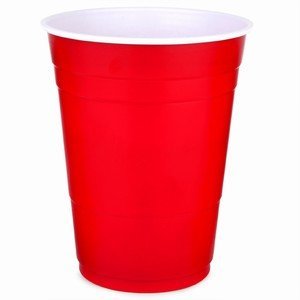 Don't think anyone took offence. Even the rather large woman who was standing in front of me.

The mid-West may appear a different planet to us over here. However, Country music like this is only voicing the drives all feel.
Posted by Alex Lester at 15:57

Congratulations :) you have experienced real country/western music as it should be, and in the venue that conveys it best. I'll go to a smaller bar any day over a mega-concert... in Denver we are blessed with a few 'small-hall' venues and I love going to those. My favorite is the Bluebird... horrid acoustics, al-fresco paintings all over the walls and ceilings... it used to be an 'adult theater' in the 1950s and 1960s! Best show I saw there was Southern Culture On The Skids (a group you REALLY REALLY REALLY should look into). AH... and I still can't stand Budweiser but I have drank Newcastle Brown Ale out of a red plastic cup!