A day on the road off to visit my Dad for his birthday; 85 this year (not last as I thought. Started off early from London with a couple of stops en route. One was to collect my wedding suit. Well, jacket. Just as well we have left a few weeks as the lining was deemed incorrectly sewn by the tailor’s nark, so back to the seamstress it went. Also my waistcoat fitted perfectly apart from one fatal flaw: no pocket for my watch. So back that went as well. Otherwise they were both a perfect fit! 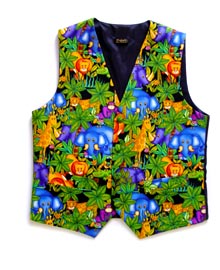 Stopped off at a suburban shop whose sign boasted "Drinks and Groceries" in order to buy a loaf of bread and, to our amusement, it did contain a couple of loaves of bread and some sweets, but apart from that it was stacked from floor to ceiling with booze. If you wanted "slabs" of lager this was your Aladdin’s cave. You couldn't move for flagons of cider and huge bottles of cheap wine.

Then it was off to the hotel where we had agreed to meet for lunch.

Dad, his partner, June, and my Sister and Brother-in-law, plus the Dark Lady. Guess who was the designated driver? Still, I had had my fill of hooch due to standing in a shop surrounded by gallons of it a few minutes earlier. So it was no great hardship. Plus I am not a lunchtime drinker as after just one glass I fall asleep and wake up feeling rotten a couple of hours later.

We had a drink in the bar and ordered our food and were shown into the dining room. We hear talking coming from somewhere in the room. Was it haunted? It sounded odd. In fact…it sounded like David Cameron. 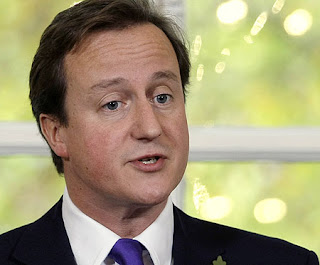 Nothing is guaranteed to put you off your food than to hear a politician pontificating. No matter what political hue, they all seem to speak in the same way. If you examine what they are saying they are not answering the questions put to them and just fill the air with empty phrases and buzzwords. In the run up to an election just keep a count of the times an MP uses the phrase "Hardworking families" and you will see what I mean.

I eventually found the culprit hiding behind the curtains. A rather battered radio/CD player. I switched it off and peace reigned. 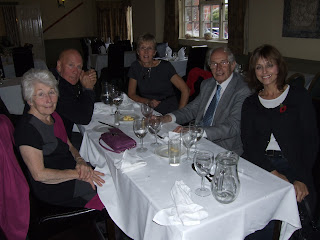 The food was excellent. There was something on the menu for all of us and - to John, my Brother-in-law's delight - there were desserts which put me in mind of one of contributions to National Fridge Freezer Week on the show; Ian from Bournemouth told us in 1964, his late Mother spent her £14 winnings from Zetters Pools on a fridge freezer, so they were the only family in their street who didn't OD on custard at the end of the week as they tried to use up all the milk before it went off. 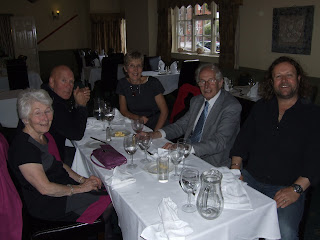 Then it was into the car and all the way back to London with the DL snoozing, waking with a start, making some business calls and emailing clients then going back to sleep again.

Lovely fotos - except for Cameron -your dad's birthday party group look lovely - that's obviously where you take your incredible good looks from. :)