So it was off to Hastings with the Dark Lady, The Dark Stepson and his mate, Adam. How were we going to keep two 13 year-old boys entertained all weekend?

Well, with fair weather, the sea, the beach, amusement arcades, a funfair, several different types of miniature golf (Hastings being the national Crazy Golf capital with the World Championships being held here every year) it shouldn't be too difficult.

For safety they brought an X Box and any number of hand-held gaming and messaging devices. Plus phones. 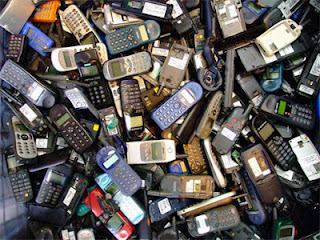 We had scarcely got them inside the house before they disappeared upstairs and had quickly configured the WiFi and the sound of serious gaming was going on.

Outside the sun was beating down.

We managed to herd them like cattle down to the local Chinese Restaurant where they perused the menu.

If you are a parent you will know this but as a novice Stepfather this is all new to me. It would appear that children's tastes are far more sophisticated than they were in my day. I seem to remember that as long as it had chips with it and tomato ketchup to slather on it that qualified as food.

No. These two discussed the merits of the "Butterfly chicken" over the Crispy Duck, would they have ribs, and asked the waiter what sauce it had.

Won ton soup as a main. "Just tap water for me, please". Whoever heard of a kid in the 70's asking for tap water when there was fizzy pop on offer? 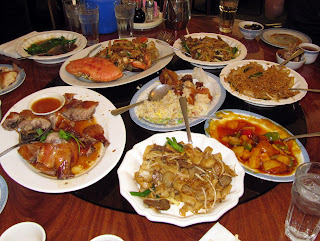 Then it was back home along the Seafront. Thinking they would probably be tired out and wanting to go to bed (as we were!)

Eventually we had to order them to bed. Dark Lady went to check on them and found them sitting up in bed like Morecombe and Wise, headphones on with portable gaming devices. 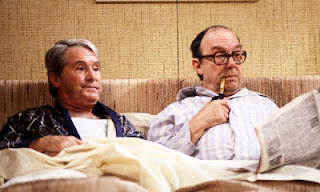 The following day (and after a brief interlude in the gaming for sausage sandwiches) we managed to coax them into the car and took them down to the Old Town to sample the delights of Historic Old Hastings.

We arrived in the car park and we went to pay.

"Five hours should be enough," said the DL

"OK then, I'll pay for three,” declared my ever-patient wife.

First we watched them play the Pirate Golf. There are several courses to play on the seafront and we marvelled at their hand/eye coordination. 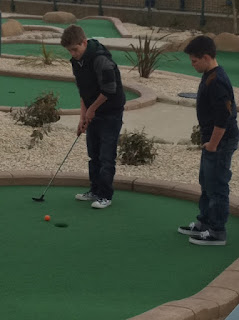 Then - ensuring they had sufficient cash (for gaming purposes, I thought) - they departed with strict instructions to be back in a couple of hours.

We ambled around the shops. DL likes the Old Town as it has a wide variety of places that sell all sorts of different stuff from clothing to eye-wateringly expensive household items.

Being older than her and having lived in the Town since the late 80's as well as visiting it several times a year since birth I have seen the town change. Back when I was a lad in short trousers, The Old Town was run down and full of wonderful junk
shops. Selling. Junk. Proper junk, not bric-a-brac nor antiques. Junk.

There were shops with saucers of old coins. If you wanted to buy an ex-naval pulley block you could. (My Dad did in fact!). I bought my Mum a jug and bowl set for 50p which my Father still has to this day.

We looked for a desk for her "study". We saw a couple of roll-top ones. Both were horribly expensive. Junk was there none. The only thing that caught my eye was a scale model of the Hindenburg. 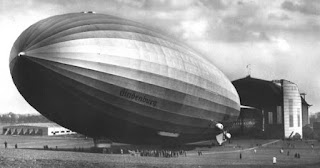 "That would look nice hanging from the living room ceiling,” I ventured.

"No it wouldn't!" came the reply which effectively closed down that argument.

We arranged to meet the boys at "Winkle Island", an area of pavement that boasts a winkle collection box which benefits a Fisherman's Charity of which I am proud to be a member. The previous Winkle had been there for years and had recently been vandalised and has just been replaced with a spectacular new sculpture created by local artist, Leigh Dyer.

"Bet they'll be late. We'll only have a few minutes left on the parking!" I muttered.

They were already there sitting, admiring the new Winkle.

"Chips, anyone?" asked the Dark Lady. "Then how about a ride on the East Hill lift and an ice cream when we get to the top?"

"I'll go and put another two hours on the parking," muttered me.

As I trudged back to the car park to feed the meter, I reflected on how difficult it is to predict what children will do and want.

I expected them to be bored after an hour or so.

I expected them to rush into the nearest amusement arcade and spend all their pocket money on slot machines.

"No, they are a rip off. We never game in arcades" they said.

They had certainly covered a lot of ground though. Funfair. Crazy Golf. Go Karts. Trampolines.

When we got home we thought they would be worn out by their exertions and all the fresh air.

Once again I was wrong.

We had to "guide them" to bed with a whip and a chair otherwise they would have been on the X Box until dawn. 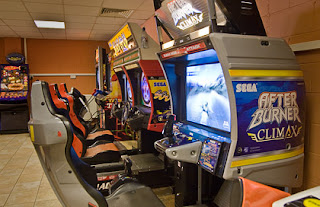 I wonder where they get all the energy from?
Posted by Alex Lester at 12:06

Did you get 'papped' on Winkle Island?

I would have bought the Hindenburg model. I saw some great models in a book about "steam punk". Some gold paint, bits of airfix kit and you'd have a world class steam-punk artwork.

Sounds like a fantastic trip. From what I remember of MY teenage years, any holiday which doesn't involve tantrums, huge strops and/or savage blood-letting is a rip-snorting success. I'm very much WITH the Dark Lady on the Hindenberg model though...

Come on. Whose house WOULDN'T be enhanced by a scale model deridgable ?