I KNOW YOU'RE OUT THERE SOMEWHERE!

I hate losing things. Not only for the inconvenience but for other reasons that play on my paranoia and hypochondria.

"Hmm, can't remember where I put it. Maybe I'm losing my mind?" 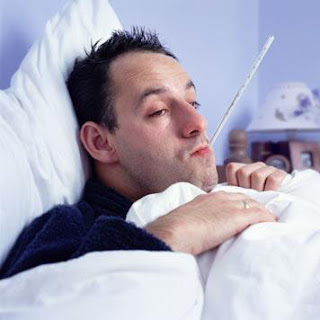 "Actually, you are perfectly healthy for a man of your age."

"You're just saying that. You're hiding the awful truth."

Another part (the disorganised part) sends me right back to a bad place. My school days. 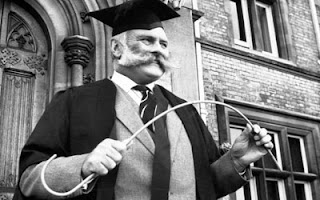 As I outlined yesterday, losing this item would not be the end of the world but an inconvenience.

We don't realise how much we rely on bits of paper even in these days of the internet and computer chipping.

Is it just me, or would an implanted identity chip make things easier all round when venturing abroad? Or just in dealings with authority or even each other? We could have the chip reader app on our mobile phones.

Picture the scene at the "Bar Celona" on a typical Saturday night as a self-appointed perma-tanned self-deluded Adonis sidles up to a woman at the bar.

"Barman, a Slippery Nipple for the lady and a Slow Comfortable Screw Against The Wall for me. And go easy on the Vimto."

"Hi sweetcheeks, my name's Zac. I run a computer company and spend most of my time jetting between here and Silicon Valley."

Quick check on the app.

"No, you're actually Derek. You work as a delivery driver for Acme Computers and your records show you have a moped that err... "jets" you between here and the Rhondda Valley. Also, I can see that your accent is as fake as your teeth and you've had a buttock lift." 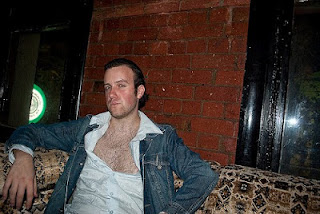 There is something to be said for it. Possibly.

Back to the case in hand. I need this item fairly shortly. It is always wise to have it to hand. Without it certain actions will be illegal.

Judging by some of the comments from yesterday, you have been trying to guess what it is that I have mislaid.

Passport seems top of the list. Discussed it with Producer Strangelove - he doesn't have one of these but like me has lost his birth certificate. We both think that at times in our lives we have had to send it off as proof and have never ever had it returned. With him it maybe because he had moved flat yet again and so it was returned to somewhere where he no longer lived. He tends to move every six months, shinning down the drainpipe at the dead of night with his belongings in a big red hankie.

I suspect mine disappeared back in the eighties when I think I sent it to the Czechoslovakian Embassy. I needed a visa to visit as it was behind the Iron Curtain back then, and it was not easy to get to. I never got a reply. The wall came down and the curtain was drawn not so long after. I can only guess that my documents and the payment, thinking about it, are either in the Czech Republic surrounded by wonderful architecture, fabulous beers and err... drunken stag parties, or in Slovakia with its recently completed transfer from centrally planned to market economy and liberal helpings of "Jaternice" blood sausage.

Does this mean we no longer exist, we wondered. If you turn on the radio one morning and all suddenly falls silent, we may have been terminated by the MBCP (Missing Birth Certificate Police, acronym fans). 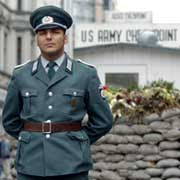 I guessed that what I was seeking was in my garage amid a huge pile of boxes. I have been doing a fair amount of transferring stuff from one place to another of late. It is going to take some years but the Dark Lady and I will eventually reside under the same roof. A massive amount of downsizing is needed and neither of us are in any great hurry as the job is huge and also we rather like things as they are.

So I ventured into the gloom, turned on all the lights, hung up my jacket, rolled up my sleeves, turned off the phone, combed my hair, adjusted my trousers, retied my shoelaces and surveyed the mountain of boxes. 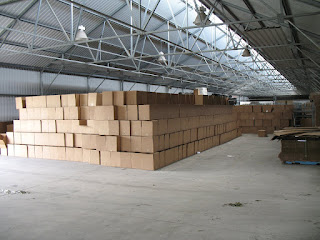 "Here goes nothing. Stand by for a very long job," I thought as I took the lid off the first box, peered in and...

My driving licence.
Posted by Alex Lester at 07:40