AS GOOD AS I ONCE WAS!

Bit of a short blog at the tail end of last week due to lunch going on rather longer than expected, having met up with the two Daves - school friends I'd not set eyes on for thirty eight years or so.

Had they changed out of all recognition? Not just physically, but also how would their lives and experiences have informed the way they think now as opposed to back then?

Would they be the two blokes I recall being a lot of fun, getting up to teenage pranks as well as the usually unsuccessful attempts to impress girls have changed, worn down by years of hard work and drudgery?

Would they remember me with fondness or upon re-meeting, instantly remember what a dork I was? 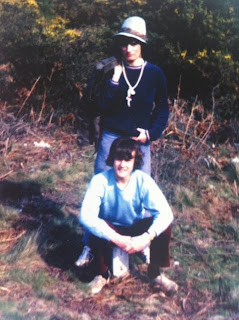 We arranged to meet in a restaurant not far from the BBC, so if they put a frog down my shirt or set fire to my trousers I could run to the safety of Auntie a few hundred yards away.

I needn't have worried. Apart from a couple of physical changes (poundage, hair and better clothes) they were exactly the same as I remember. Still tremendous fun.

They were both now "David", "Dave" having been left behind sometime in the very early eighties.

I had brought along a couple of photos of the period, and we discussed our lives and careers since that moment and wondered how we had lost touch.

Very simple really. The whole world beckoned and we had all three of us seized it, along with the physical distances and the new friends we had acquired along the way.

We shared funny and at times harrowing stories of romances good and bad. A sign of maturity I suppose was the realisation that we were certainly to blame for part of the chaos that had appeared in our life from time to time.

We tried to recall other old friends with partial success. Some had had remarkable successful lives, others sadly less so.

We talked about one of our common bonds which was music. I was delighted to note that after all this time, both Davids were avid gig-goers and are frequently out experiencing live music.
Now in middle age and contemplating semi or complete retirement, their zest for life was still undimmed. We laughed a lot and remembered events slightly differently, which filled in a few blanks along the way - probably caused by too much cider or cooking sherry. These were about the only drugs available to us at the time. Just say no kids!

We talked for hours until the evening began to draw in. The time flew and we are now pencilling in a few dates to go to see some music together.

It was genuinely really terrific to see them and reminded me why we had been such good friends all those years ago.

In answer to your burning question that was outlined at the head of this blog, yes I was a dork and had been a horrible music snob. Something I hope that has been corrected after thirty eight years. 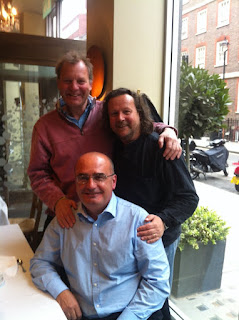 Thats really fantastic - glad you guys had such a great catch up time. Always nice to see old school chums.