As someone who "works" Monday to Friday all year round, I have never taken much notice of holidays, seasonal or school. Now with two stepchildren however, things have changed. First of all, this year's summer holiday will be taken during the school holidays, the most expensive time of year you tell me. Plus, when it comes to seasonal festivals there are holidays which children are at home for and enjoy, when normally I can keep my head down and ignore. So now with this extra responsibility comes the realisation that I will have to "engage". 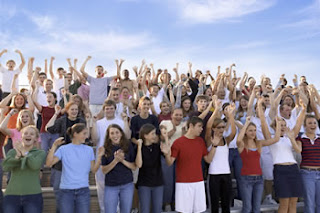 To this end I hastened home to Hastings on Friday for a few pints with a friend before the big Easter weekend properly kicked off.

I say hastened. I got stuck in traffic... for hours! 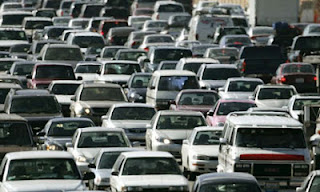 First I visited my godparents and discovered that at the tender age of ninety-one my uncle Norman has decided to take up cooking. He makes a mean flapjack.

There came no reply from the phone of my mate. Later it transpired that his battery was flat. As he is fifty-six I believe him. Had he been fifteen I would have said he was lying.

Parents of teenagers am I right?

So grabbing the local paper I headed for the pub. Sadly these days there are far fewer boozers as the recession and changes in the law as well as profiteering by the big breweries means that it is hard times for the street corner pub that I loved so much in my youth.

At the current rate there will soon only be two of these pubs in the whole of the UK - the Queen Vic and the Rovers Return.

However those that remain are fighting back, but in doing so they are changing. At the pub round the corner from me, the moment I set foot in there and sit down with my paper they immediately turn the lights down so I can't read and start the accursed karaoke. So glugging down the pint, I headed for another pub that I know and like. Ah, I hadn't reckoned on Good Friday entertainment. They are a friendly crowd in there but it was rammed and the band were setting up. I stayed for five minutes to chat with some people I knew and then desperate to read the paper I headed on up the road to another boozer I know which is hanging on by the skin of its teeth.

It has shut a couple of times over the last year or so but phoenix like rises from the ashes. Trouble is it, it never seems able to make a fresh start before it closes again. It has the potential I am sure, although it is in a rather shabby part of town. There were three people in there. One of them a drunk dancing wildly to the jukebox. Judging by his music selection he was probably about my age. First time I have seen someone trying to pogo to "Dreamer" by Supertramp!

The pub smelled of farts and despair. 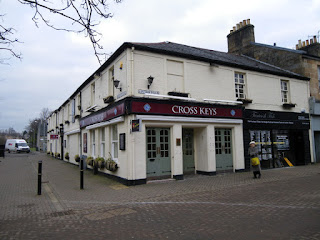 Still, apart from drunken pogo man it was quiet enough and I was able to read the paper until it was pie time.

Saturday, and back in the car to London for my stepson Jamie's birthday. He is now thirteen and is just entering the gruff grunting stage. Still, he was able to communicate with us sufficiently well to accept gifts and still be someone who is fun to be around. With there being the five of us (DL, the two children, their dad and me) the Dark Lady had gone into doting mother over-catering mode, which was as usual terrific. She had been cooking for ages, ensuring there was enough food of sufficient variety that we could, should we wanted to, have three completely different meals each.

Then there was cake for the birthday boy. 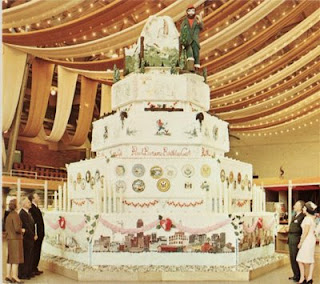 Everyone left, and so it was the DL and myself for a romantic evening "a deux". We were worn out from all the eating, collapsed into bed and each had a rotten night's sleep.

I never learn that stuffing yourself with rich food doesn't aid restful sleep!

Sunday and we were all back together for more food, then we went off to the cinema as the birthday boy fancied seeing "The Hunger Games", the big film of the moment. He loved it, as did his sister. We weren't so sure. Perhaps it was the premise: twenty five children having to fight to the death. Or just that it took forever to get started. Seemed a bit of a plot mish mash, and I felt that the film was made up of a kit of parts of other films from "Lord of the Flies" to "Sleeper". It may just have been the fact that as we were rather overstuffed from lunch, although rather thirsty I had purchased three bottles of mineral water and had been plunged into a sour mood.

Just three. Not litre bottles. Just ordinary sized bottles. Dark Lady asked the assistant to get some from the back of the fridge as the ones she gave us were warm.

Oh, and as of course it was Easter with it's deep religious significance, there were a large number of chocolate eggs too. How could I have forgotten? 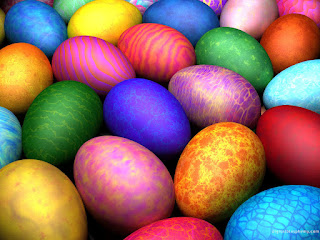 There is a drought in the SE England .... perhaps people are panic buying water hence the inflated price!
Hope you didn't eat too many Easter Eggs!
Hisss hisss

I gave up going to the cinema long ago in part because of the obscene prices they charge for their refreshments. And if you dare to take a bag in, you're practically strip searched in case you're trying to smuggle in a contraband bag of Maltesers from the supermarket (other confectionery and supermarkets are available...).

At home I can eat and drink what I like, pause the film to take a bio-break and don't have to put up with idiots chatting, using their phones and throwing popcorn.