WHAT WOULD BRIAN BOITANO DO?

Off up to the rink yesterday morning to meet with instructor, Shirelle. She was just finishing off a lesson with her son who was amazing. He jumps, he goes backwards, he does the whole routine and would win X Dance Come Jungle easily, in my opinion. 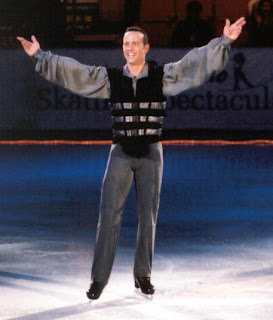 Still, in my role as destroyer of dreams as he exited the ice, I gave him a bit of friendly advice:-

He shot me a withering glance as I wobbled out onto the ice.

Second outing for my new skates. I am now a pocket rocket in the forwards stakes. However, as the leather has yet to mould itself to my feet, they make my arches ache. Particularly when attempting backwards. 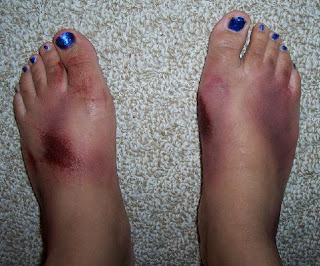 So backwards was attempted, as were some changes of direction and cross-overs. It all looks very easy when others do it. I think this is going to take some time!

Dark Lady is champing at the bit waiting to try out her skates and get some lessons in. Her damaged middle finger is recovering well. She no longer has to wear the comedy splint all the time. Just as well. Being flesh coloured it looks like she is making a "gesture" if you catch her from the wrong angle.

On the way to the bus I met the reason why Britain’s businesses are in such a poor state; a young thrusting tycoon-type strode toward me and demanded:-

"Is the London Business school along here?"

"What's the address?" I asked

"No idea" he boomed and strode off! 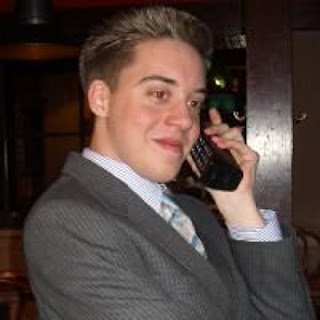 That first picture, Alex, is that what you are aspiring to be on the ice - but naff, stay as you are - with blue toenails and bruised feet - am presuming that picture was of your feet - nice. Was sorry to read you are not a posh aristocrat after all (although I did suspect.......)