Have done a few hundred miles over the last few days and so to coincide with the return of Top Gear (which, as we know from the Best Time of the Day show, is merely Last of the Summer Wine) I thought I would take a leaf out of their book.

Interestingly we've noticed that since we pointed this out a while back other shows and journalists have either had the same idea or have taken ours. Not for the first time I may add, he muttered darkly!

This week our intrepid trio end up leaving Hammo stranded in a bath somewhere on the Yorkshire Moors. (Sorry that should read Noble M600 in Italy). 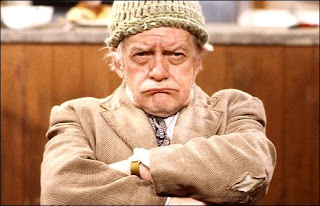 So in order to repay them I have decided to act a little like the Stig. This I may add doesn't mean blurting out my identity as it is readily available to all and sundry

Or flouncing off to write a tell-all book. Incidentally, did that one actually make it to the bookshelves? If so it had better luck than my "memoirs". They were all ready to go until the publisher pulled the plug on them as there was a "recession on" Grrrrrrrrr!

No, as he is roaring round the airfield he usually listens to something calming or improving. So I have been puttering up and down the M1 and M6 lately listening to a French course that the Dark Lady gave me for Xmas. The plan is to improve my schoolboy French so I am able to have a conversation without stammering and making wild gesticulations. 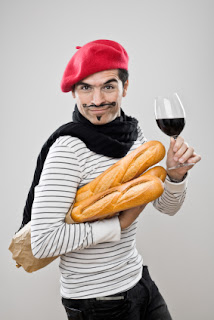 It is a 12 CD set and so far I am halfway through the second CD. I need to travel more. Perhaps to France!

Went out to visit a journalist friend, Claire Woodward, who is a big cheese at the Sunday Express and we arranged to meet at a restaurant near London's Piccadilly Circus.

She was running a few minutes late and popped out and ushered me in to meet her lunch companion, Sandro Monetti 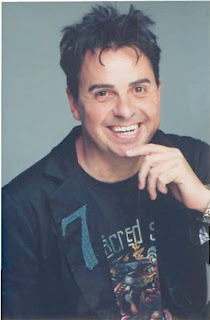 He lives in Beverley Hills and is a well connected man about the LA showbiz scene. He is also among other things a UN Ambassador and I can't remember if he said he had various Doctorates or if he was a Pastor for various churches. When I asked how he came upon these august titles he replied

"Simple. I buy them off the Internet"!

So that is the answer then. You can fork out about £40 and become a UN Ambassador. Wonder if that entitles you to sit in the big chamber we see on the TV with the name of your country in front of you. Looking at the members there that is a lot of £40 worth. 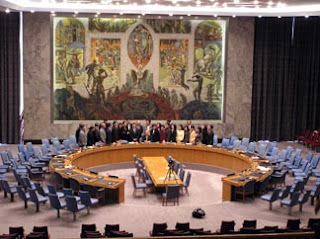 Maybe better still if you buy your title from the Internet you are also awarded your own country as well. This could be a useful source of income as it must be pretty tricky for the big countries to keep track of all the smaller ones. Especially as they keep changing their names.

If you've ever seen the early Woody Allen comedy, What’s up. Tiger Lily? you'll know part of the plot involves a country that is not on the map and has no land. So the population are being kept in crates until some space becomes available "Hopefully somewhere sunny".

After seeing Claire and having a grand old chinwag about the state of broadcasting and journalism generally I headed off to the gym, having ingested precisely one glass of fizzy mineral water. I have run out of the cologne that I have used off and on since I was a teenager and my Aunt gave me a bottle after a trip to Italy. I think it must be the equivalent of the great smell of Brut; I can usually only find it in small chemist shops as it is so grotesquely unfashionable that no self respecting parfumier has ever heard of it let alone stocks it.

A couple of years ago I bought some from a shop in Piccadilly so headed down there to buy some more.

"Aqua di Selva?” I asked after being buzzed in to the shop that had an electric lock on the door like a jewellers.

"No.... but we have Aqua this and Aqua that and Aqua a whole lot of things that smell pungent and begin with the word Aqua"

This wasn't the exact conversation but you get the gist.

"You used to sell it a couple of years ago".

Looks like it’s the Internet to replenish my supply.

However: how much to buy? My old History teacher at school used to write in purple ink. When he got wind that they were going to cease to make it he wrote to the manufacturers asking how much they had left. He bought the final gallon. Shortly after that the poor bloke died leaving behind nearly a full container of the stuff that presumably his relatives are still using to this day about thirty years later.

I feel OK but then again so did he. Best get a smallish bottle just in case! 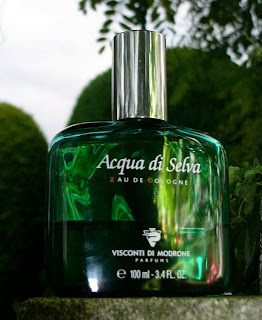 Good to see that your favourite cologne of yore is still available, and in suitably unfashionable containers!

I was less fortunate. My pong of choice when I was younger was, alternately, Cedar Wood and Aqua Manda for Men, both by Goya, the former being industrial strength everyday stuff long forgotten, the latter a bit more classy and now being sold by someone on ebay for silly money. Like your old history teacher I bought loads of them when I got wind of the fact they were being withdrawn. Sadly cologne and aftershave go off after a while (they're about the only things that don't bear a best before date these days, and they're one of the few things that should) and after a while I was attracting the same sort of looks and comments you get when you dab a spot with TCP.

Could be a rich seam for a fred on the shoe, if you're ever struggling for ideas.