Friday and it was off to Hastings to do house tidying. With the wedding of the century (in my eyes, certainly) only a few weeks away and the family descending en masse it is vital that the house is tidy and clean. Having lived alone for most of my life it is amazing just how much clutter a body can put up with and how easily the human being gets used to unfinished stuff. 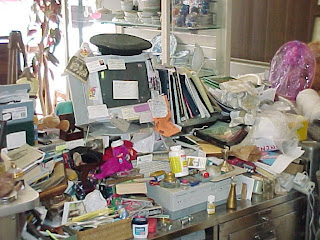 When I moved into this house more than ten years ago, the stair carpet was held in place by stair rods. It still is but there has always been one missing. This has been fine and something on my ever growing "to do" list. The principle of the "to do" list is that you have a list of things you need to accomplish and you tick them off as they are achieved. Although we both know that in reality every time you tick off one item it reminds you of several more. This way the list grows even longer and you would have to live to be a thousand years olfdor have no life outside the home in order to tick then all off. 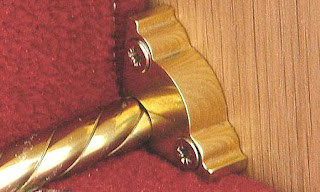 So I have been searching the Internet and came across "Acme Stair Rods". A few key strokes later and "brass stair rod for the use of" was winging its way to my house.

I had been home but a few minutes on Friday when there was a knock at the door and a uniformed courier stood there with a slim cardboard tube.

"I came yesterday but you weren't in"

Could you not just post it through the letter box. It’s thin enough?

"No mate, have to get a signature"

He proffered an electronic signing machine.

"Can't find yer details. Can I just say you signed it?"

Er, yeah. With that he was gone. Leaving me wondering if that was the case why he didn't just post it through the letter box.

Next, the tiled floor in the kitchen. I have mopped and scrubbed them but they never seem to get clean. Having seen all the ads on early morning satellite TV channels - when not advertising step exercisers, support bras and funeral plans (with introductory free gift mental clock; count down your declining years to oblivion with our thoughtful present) - steam cleaners seem to be the new magic bullet. So off I went to Acme Electrical and bought one. Up and down the kitchen floor I chuffed like the Puffing Billy. Clean? Well, not really, but it’s nice to have another gadget in the cupboard. 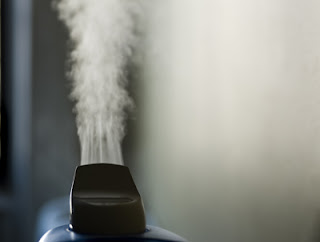 As usual due to a combination of inertia and, erm, more inertia, I haven't been filing the CD's as I should. One excuse was that bottlenecks had occurred where I had too many of one letter which meant that the shelf was crammed and there was no room for more due to the proximity of the next letter of the alphabet. Bite the bullet, Lester, and sort this out. So I moved things around. Eventually after an hour or two I was done. Dusty and sweaty, I stood back to admire my handiwork. A letter pretty much to a shelf. 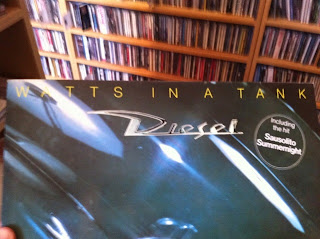 My mind must have wandered and so there then followed another ten minutes or huffing and puffing before order was restored once more.

All this hard work called for beer. Into the newsagent and armed with the paper into the pub.

I should have noticed something odd about it when I was served by a woman with fangs wearing a rubber dress.

Finding a safe seat in the corner I regarded my fellow customers. When everyone is dressed for Halloween and you are not, you are the person who looks like they are in fancy dress. 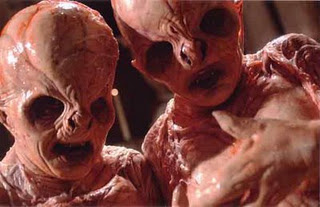 Still as we know from any number of Zombie and assorted horror movies: darkness is the friend of the undead. They tend not to be seen sunning themselves on the Costa Brava and going to bed at 9pm after a couple of Sambucas. So I had barely taken a sip of my pint and scanned the headlines before the room was plunged in to darkness by the landlord; a scary man at the best of time, now rendered more terrifying as he was dressed as FranknFurter from The Rocky Horror Show.

No one even glanced as the creepy looking guy in jeans and a shirt tiptoed out of the pub with his unread paper under his arm.
Posted by Alex Lester at 13:40