LIFE ON THE OCEAN WAVE

Went off to France at the weekend, as I often do, to see friends and generally bask in the tranquillity. Blissful silence, save for something in the roof marching up and down and creating a terrible smell at times. These are Stone Martens, apparently. They take up residence. Chew through everything. Make a terrible racket and are protected species. There are a lot of them. Think they may be in league with the roofing profession! 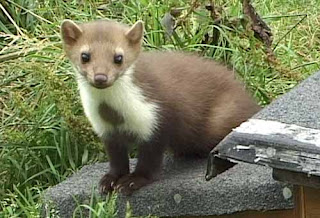 As the Dark Lady was unable to come with me this time, I decided to do the ferry there and back from Portsmouth. Normally we will leg it after the show and take the tunnel. However, it’s a 300 mile drive in all, so we keep each other awake. Really we should share the driving as she is a far better driver than me. However, I am a bad passenger so we haven't reached an elegant compromise yet, other than I have no qualms about her driving my car providing I am not in it at the time! 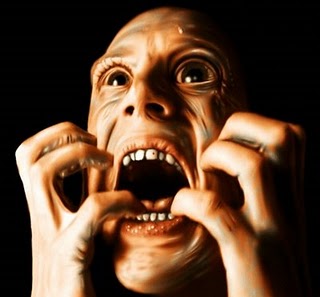 The six hour crossing enables me to grab some breakfast, read the paper, then retire to my cabin for a snooze. The only bugbears with this are occasionally during school holidays hordes of excited kids running up and down the corridors. They fling you out of the cabin half-an-hour before you arrive. Night-crossings are even worse as they play an irritating "morning" folk tune an hour before landing which - no matter what controls you fiddle with on the in-cabin sound-system - you cannot shut off and it goes on for ages. Bit like a Matt Cardle record! 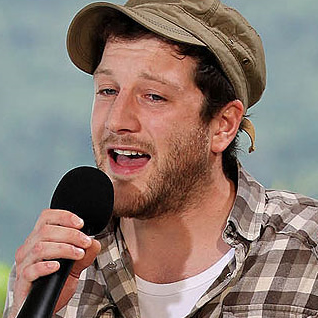 In the last year the French have opened a new stretch of motorway which lops about twenty minutes off the journey. However, for the first few trips it added about thirty minutes to the excursion as my sat nav is rather out of date, and so it would go berserk and tell me I was driving across ploughed fields and heading anywhere but the right direction. Now I have the hang of it, although I am still using the old sat nav but now just ignoring it at certain points.

The motorway is also a toll road, a "Peage". As a result, after a few miles you pull up at a tollbooth to fork out 3 Euros 50. (I have a Euro symbol on my computer but don't know how to activate it). 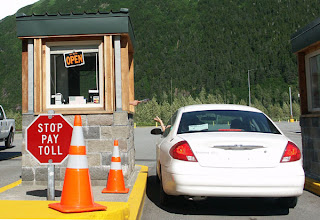 Therein lies a small problem: alone in a car driving on the wrong side of the road, how do you hand over the money to the attendant without getting out and walking round?

Simple. The attendant pokes a shrimping net through the window. You pop the cash in and away you go. 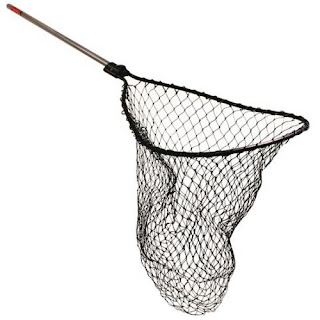 On the way back Sunday afternoon the ferry was blissfully un-crowded. Sleep would be no problem and with the ferry arriving at 10.15pm; I would be up in London in time for a few minutes bed rest before the show.

Into the cabin, clothes off and lie down.

There was a terrible vibration from somewhere nearby.

Clothes on and to the information desk.

"There is a terrible vibration. Can you give me another cabin, please"

"We have no more 2 berth inside cabeeens" (Perfect English but with a French accent, you understand)

"That is not really my problem. The cabin you have allocated is not suitable for purpose," I retorted pompously. No wonder we have marched around the world making enemies over the centuries!

So without a further murmur I was upgraded to a 4 berth, which frankly was little different but two decks higher. Quiet with a hint of muzak playing in the corridor.

Slumber ensued. Then instead of half-an-hour before arrival 45 minutes ahead of time, the PA announcement told us we were going to be late arriving by 15 "Minewts". Again perfect English with a French accent.

As I drove up to the passport control I realised I was on the right of the booth so would have to get out of the car to walk round and hand it in. Unless they had a shrimping net, of course.

They didn't. However, the lady officer looked at my three year-old passport complete with "convict" photo. (I had pulled my hair back in case it fell out during the life of the passport or I was venturing into some of the less sophisticated U.S States by direct flight at any point). 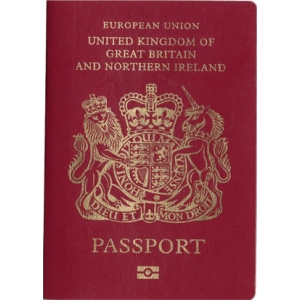 "You look a lot younger than you do on your photo," she beamed.
I preened and then realised it was dark and I now had a beard covering a multitude of age-related sins.
Posted by Alex Lester at 12:39

The € symbol is accessed by simultaneous use of the Alt-Gr key (on the right of your spacebar) and the number 4.

A clever use for a shrimping net, saves a lot of walking around the car!

I hope you had a good trip. Do you think the shrimp nets have ever been used as shrimp nets and are now living out their retirement in a Toll Booth having had a life of happy shrimping behind them or do you think the shrimp nets jumped with excitement when they were picked-up in the shrimp net shop, thinking yay, let’s go shrimping, only later, to be disappointed at discovering they were not only, never going to see a shrimp as long as their nets were holey but that they would be forced to spend their entire lives in a grubby Toll Booth punctuated with the occasional excitement of being thrust into the empty passenger-seat air-space of foreign cars?