Friday after the show, had a bit of a sleep and then it was time to head up to the Midlands to see my Dad. I say "A bit of a sleep"; working these hours as I have done for more than 20 years now my sleep patterns have changed a bit. Time was that I would just close my eyes and I would be out for the count until the alarm went in the small hours and off I would go again. As I have always divided my sleep into two parts - pre and post-show - the pre-show was always the easiest and most restful time and the post show would be rather intermittent and broken rest. These days it seems to have swapped so now even if I go to bed at the same time of around 8pm I can be awake an hour or two later. This must be the effect of aging and it is only a matter of time before I need a nap after lunch. Hang on a second, I DO need a nap after lunch and on a Friday I can be asleep in my armchair the moment I turn the TV on. 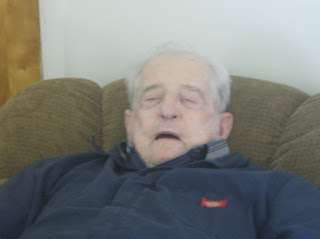 It is generally accepted that older people don't require as much sleep so in some ways this occupation should be getting easier.

First stop was Halfpenny Green Airport to see my friends in the aviation world, perhaps if there was a moment to hire the C42 and half-an-hour or so flying in the local area. With flying as with many hobbies that require "stuff to be tinkered with", the ratio of time spent tinkering or talking about it and the amount spent actually doing it are hugely disparate. I was there most of the afternoon chatting and drinking cups of tea and at no point did I leave the ground. It really doesn't matter as I can watch aeroplanes taking off and landing for hours. 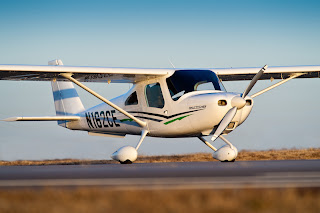 Then it was to the pub for a relaxing couple of pints and the newspaper and maybe even a bag of pork scratchings. (See video of previous visit on my Facebook page.)

Had just settled myself in the quiet lounge at the back of the boozer when two young women arrived with their two young children. The kids then proceeded to run riot squealing with delight and being encouraged by their Mothers. Peace shattered, I retreated to the front bar. Now at the risk of appearing a Victor Meldrew character, I have never understood when people have to make such a lot of noise and if they are children why they are not kept in check by their doting parents. Is it me? I expect it is. If the words “grumpy old man” spring to your lips, let me tell you: I have always been a curmudgeon, even as a teenager. 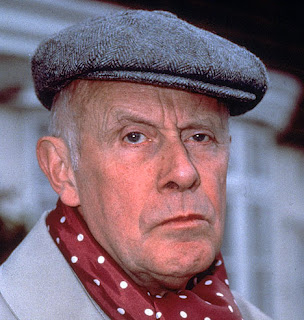 I was obviously missing the Dark Lady who was out on her Hen Night. She was having a right old time she told me later, although there were no fat suits, no L plates and no Strippergrams. She did have to take part in a Mr and Mrs type quiz. Weeks ago one of her friends had contacted me and asked me to supply answers to a variety of intensely personal questions.

Delighted to note that she got them all right apart from one which was:

"Who was Alex's best childhood friend"?

How could she have not remembered my imaginary mate when I was 5: Mrs Helmet!!??

Dad was as usual particularly busy when I dropped by his house on Saturday morning. He has been doing Winter gardening which seems to involve huge quantities of brushwood and leaves and his industrial-strength shredder. He has bought a new suit for the wedding. Judging by his description this will be the first suit he has ever had that fits him properly. He has always been thin and his suits have always been baggy. If he ran upstairs the trousers would bounce up and down on his braces like he was a human Slinky.

Back to London to meet up with the DL as we due at the Royal Festival Hall to see Glen Campbell on his farewell tour. You may have read that he is now tragically suffering the early stages of Alzheimer's so it was with some trepidation that we took our seats. I had noticed something slightly amiss a couple of years ago when he did Friday Night is Music Night for Radio 2 and some of his introductions were a little wayward and repetitive. 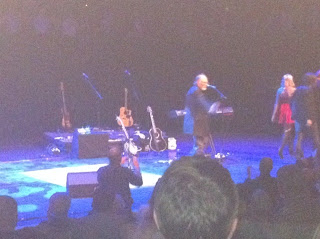 His band contained 3 of his children and - with their help and an autocue - he could read the words from the screen. He was magnificent and apart from the odd hiccup you wouldn't have noticed anything amiss at all. The love and affection for their father was evident. They were willing him on as much as we were.

Producer Dr Strangelove was there with a Senior Radio Industry figure. He does move in exalted circles these days. After the gig, Strangelove headed off to a club to see X Factor winner, Matt Cardle. However, as he was immediately shown to the VIP area where he chatted with a variety of luminaries,including Matt Lucas, he did so conveniently forgetting to remember to mention the excellent comedy show that Matt and I had done a few months ago for "2 DAY" where Radio 2 threw the schedules out of the window and we all ended up doing different stuff. As for Matt Cardle. Strangeo blew him out as he was on in another part of the club. Obviously not important enough!

Dark Lady and I made our way home on the tube and encountered a group of very gay Geordie's singing lustily. As they left the carriage one of them told the DL something that I already knew and delights me every day when he said to her "You are very pretty". Then an unwelcome deafening busker got on with a guitar and proceeded to murder a selection of Johnny Cash and Elvis classics. Talk about the "Million Dollar Quartet"? Let’s not. DL gave him some money. 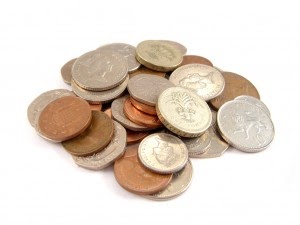 Bearing in mind what I have said about intrusive noise earlier, I naturally didn't'!
Posted by Alex Lester at 12:37

Children in pubs - is it you?
No, it's not (although I do remember you mentioning the nuisance at least once before).

I cannot stand pubs where parents seem to allow their offspring to run riot whilst they, and everyone else, are eating. We didn't allow ours to - the pub table is the same as the home dining table, just somewhere else, and we always insisted that he sat still and relatively quiet, just as we were expected to in the good old, bad old 1950s/60s.

I love watching aeroplanes taking off and landing too - much preferable to being up and in them!

Children in Pubs, especially other people’s children can be a pain. I’m just back from the Wedding I attended on Monday (the one in the North Sea- ok it was on an island). For my sins I was sat next to a bunch of children, who thought it would be a good game to empty the contents of anything they could find into Auntie Rachel’s lemonade – after not very long, I was presented with a new cocktail of salt/vinegar/ mayonnaise/English mustard/ketchup/lemonade/ shredded paper/cake and a party popper. Yummy! One of my nieces said, “ Daddy said that you don’t drink, so we thought it would be ok to play with your lemonade”. And it turned out that daddy was right- I didn’t drink a drop of it.