It is getting close to that moment. The moment where the new Truckwriting Season is upon us.

Can't remember how it originally started. Like many ideas on the show I think it may have been a spontaneous reaction to something that was said on the programme one morning a few years back. Then reports starting coming in from people up and down the UK of odd slogans written in the dirt on the back of lorries.

We have had a variety of slogans over the years pretty nearly all of them meaning nothing at all. Which bearing in mind the nature of the show that has evolved over the last twenty years is pretty much what we aimed for.

This was the first and arrived as a result of requiring a slogan that meant nothing at all.

SCOF appeared as the result of an off-the-cuff remark when I was sitting in for Ken Bruce one morning which so enraged one listener that they sent me a very lengthy email detailing my shortcomings and referring to me as a : Swirling Cesspool of filth! 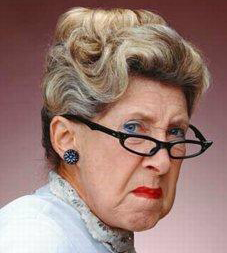 A while later a similar thing happened after I had been away and Tim Smith had been sitting in for me.

One thing this business has taught me over the years is that some people like you, some people don't like you, and most don't care either way. This is a thought many "celebs" should hold close. Their fragile egos may find it difficult to grasp but they are not indispensable and a short time after they have stopped appearing on the TV they will have been largely forgotten. 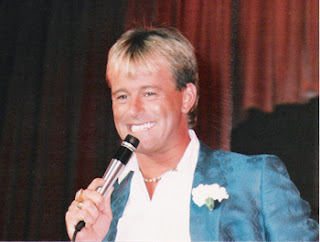 This particular listener much preferred Tim doing the show and he is not alone in that I am sure. So he wrote a lengthy email praising him which was nice and sounding off at how awful I am referring to me as a "buffoon". Trouble was he accidentally sent me the email rather than Tim. To compound the felony he sent the email to me twice. Buffoon was such a fun word that it was too good to lose. Thus that years Truck writing season slogan was BAG. Standing for "Buffoons are go!"

Last year we thought we would turn the slogan selection over to you. We had hundreds and decided on the acronym WALLOP! This stood for "We are Alex Lester's lovely overnight people."

Unfortunately one person took exception to this and complained that had there been an accident and the word was written on the back of the vehicle concerned people would be offended.

Unfortunately for us the BBC agreed and so we had to back-pedal slightly which meant we didn't get the season off to the best start.

This year the slogan arrived like the best ones do via a chance remark from you.

We have to hope that if someone complains this time the BBC will back us up and dismiss the objection.

Have a great weekend and standby for the big reveal on Monday morning.
Posted by Alex Lester at 16:03

Alex . Thanks for explaining things seeing as i have only been listening to the best time of the day show for just under a year, i never did understand some of your sayings eg. Buffoons are go. Now i get it. As for people sending insulting emails, (although quite amusing that one was sent toyou-about you by mistake!), never understood why people do that. For what its worth - i think you're alright .

Ride a Night Horse? Love to!

You need to start blogging again Alex, after this disgracefully short-sighted decision by BBCRadio2 to axe After Midnight. What are we all going to do without you and Janice to keep us smiling through the wee small hours? I thought it was "Our BBC"