When the show used to come from Birmingham (which it did from 1995 to early in 2008), I used to commute regularly from the south to the midlands and back again. This meant that every year I did around 35,000 miles, so over thirteen years I did er (fingers fingers...) a LOT of miles. As a result I used to get through cars quite regularly. That, and it got very tedious to be driving the same vehicle day in day out for years on end. 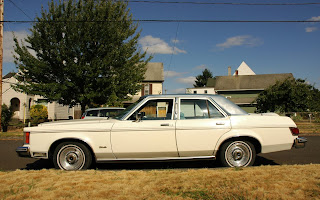 Since moving back south I hardly drive at all. Well (fingers fingers...) not nearly as many in fact - probably under 10,000 per annum. This is a lot cheaper, and less taxing on the vehicle, my pocket and the environment. Also my patience and boredom threshold. It also plays merry hell with my admittedly poor organisational skills.

My trusty steed is now five years old, which I bought as an ex-demonstrator just after my pride and joy (my Mazda RX7) decided it was going to catch fire at Oxford Services on the M40. I still miss that car. 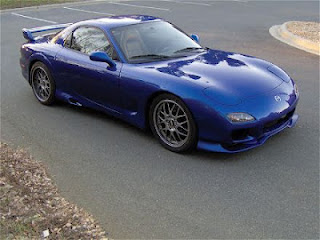 I have always made sure that my current one is main dealer serviced at all the regular intervals, so that in theory when I come to trade it in it should be worth a little more or at the very least be a more attractive proposition for a purchaser.

In the real world of course we know this to be nonsense. The moment you buy a car its value collapses to next to nothing, and the garage doesn't want to know about it unless you want a new one. When the show came back to London it did occur to me that I may not need a car, and so phoned up the garage that sold me the vehicle to see what they would give me for it.

"We're not taking these vehicles at the moment" I was told.

"But they are really nice and it's nearly new and you sold it to me less than a year ago."

"I know, but it's company policy. We are overstocked."

Shortly after I took it for a service and a new model had come out.

"Would you like a salesman to give you a call about a possible trade in?"

"Only if I would be given a decent amount for my current car, otherwise you would be wasting your breath."

"Hello Mr Lester. I've done some sums and your car is in excellent condition and is currently a low mileage example, so we can offer you an excellent trade in of £112.47p against a very competitive price of a new model at £123,456.22p"

"That is appalling. I'm actually surprised you sell any vehicles at all. My car is running very well so I doubt I'll be coming back to you in the very near future"

A few weeks back I took it for a service. It needed some recall work done on it and the key needed recoding. I forgot to take my spare and it's been in my bag ever since, so I can take it in next time I'm passing. 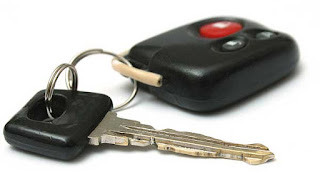 The other day as I was driving along it suddenly occurred to me.

"Hmmm, wonder when it was last serviced? Not done many miles since and must take the key in. Wonder when the next one is due... (fingers fingers) better check."

I checked the handbook.

It then dawned on me.

MOT. Aaaeeeiiiii! That had run out too! When the tax is due the DVLA send me a reminder. If I decide to pay for the tax over the phone, the computer in Swansea whirs away, looks at the car's history and mine and won't re-tax it unless my insurance and MOT are current. So why can't they send a reminder when the MOT is due? It would greatly aid people like me who are not very good at counting on their fingers.

It is currently being serviced and MOT'd. I bet you one thing - when I go to collect it, they'll politely take my money with lots of displays of shiny white teeth and shortly after that the phone will ring. 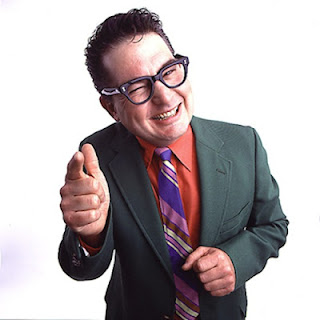 "Hello Mr Lester, I wonder if you'd thought about trading in your vehicle. We can offer you an excellent price in part exchange."

If you got your car MOT'd at a decent garage, they'd send you a reminder when the next one's due. So there.
Love the shoe....

Yes, my garage does that too - by e and snail mail about a month before it is due. One reason that I stay with them (little local concern, excellent - what a garage should be). It is a contributory reason why I stay with them; I'm not very good with dates and such, dental and doc appointments and all that stuff. Must be getting older. I also LOVE the shoe, thx Alex, been a little Toma and Dick of late but better now :) _ CW