IF I WERE A BELL

If you were listening to Chris Evans the other morning, you would have heard him talking about bells being rung across the land at 8.12am on Friday to herald the start of the Olympic day twelve hours before the opening. Everyone is asked to take part.

Big Ben will ring forty times, the first time it's rung out of context since 1952 when it tolled for the funeral of King George VI. 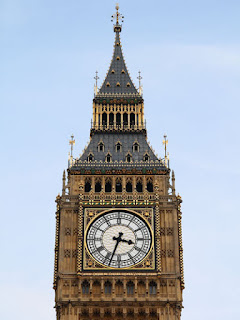 It's also aimed at setting a record for mass bell ringing, and is an artwork called All the Bells by Mary Creed.

Dark Lady is very excited about the whole thing and so wondered if I had a spare bell she could ring. 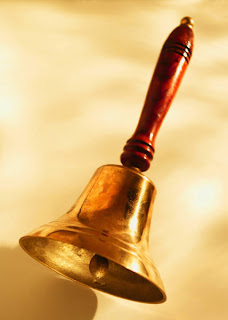 Err, not on me. However, being an adoring husband I set off to find one. Surely a city the size of London would be err teeming with the things.

So ting for yes and bong for no.

"We'll put out a call to all departments" 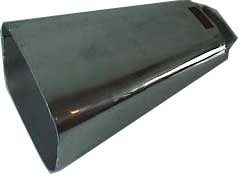 What about a major music store full of serious musical instruments, as well as inexpert guitarists grinding out Black Sabbath riffs in the demonstration booths? 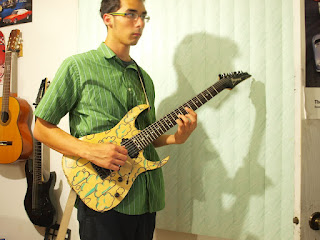 "You could try the Acme percussion specialist in Gordon Square"

"Back of Piccadilly Circus"

"You got any bells"?

"We have this wooden handled school type bell. It's a little heavy"

"However, it's part of a tuned set so you'd have to buy them all"

So that's the state of play so far with 2 days to go. Dark Lady won't be too fussed if I can't find one.

However a husband never likes to disappoint.

Why not buy the darklady a doorbell,it will follow the theme of your odd weddding gifts(wheelbarrow can of spuds)!

Here we are, Your Infernal Majesty - problem sorted (with next-day delivery option, naturally):

Now, I MIGHT be tempted to add that this could be the end to the bell problem. A quite literal bell-end, if you will. But I fear this could be open to misinterpretation by minds more tawdry than mine. So I'll not mention bell-ends at all.