ALWAYS LOOK ON THE BRIGHT SIDE OF LIFE

It can be hard and I'm as guilty as many of being sour at times. With the Olympics there comes a whole raft of niggling irritations that I hope will disappear when the games get properly underway. 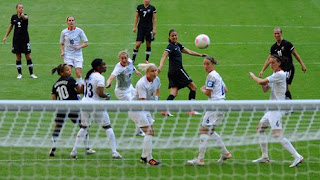 I'm glad the women's football started before the opening ceremony as they garnered some much needed publicity. However, I doubt they'll get much of a look-in in the papers when the track events start.

The cynic in me wonders why we even need football in the first place as there is the world cup anyway.

Likewise beach volleyball. Who is watching it for the skill or due to national pride? 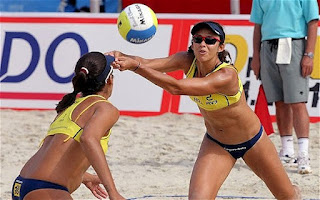 There was a tabloid scare story that if the weather was too cold, the athletes may have to cover up. Come on. The internet is groaning with pornography if you really need that much of a thrill!

I worry that the transport system will find it difficult to cope. Dark Lady and I hailed a cab the other evening. I think traffic lights have been rephased and so after going very nearly nowhere for twenty minutes, we got out and walked. 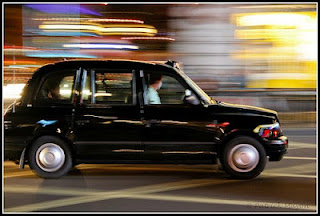 I don't understand why cabs can't use the Olympic lanes. You are not telling me they are going to be gridlocked by official vehicles?

On the buses you get recorded messages every few minutes from London mayor Boris Johnson telling us that it's going to be hard going transport-wise due to over capacity. 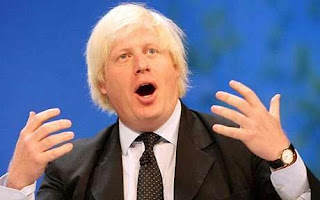 My beef isn't party political. It was the same with Ken Livingstone. I want politicians to make positive things happen, not leap at every chance to publicise themselves. You can't move without there being yet another Boris photo opportunity. 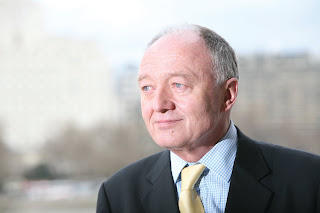 Why not hire a professional to record the announcements, thus lowering the irritation threshold and also giving a media professional a bit of extra work?

I am hoping once we get into the swing of things. All this will be forgotten in the once in a lifetime euphoria that the games will engender. 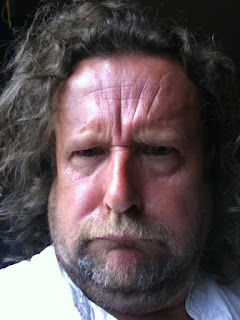 "Where were you during the Olympics, Granddad?"

"Stuck on a bus in traffic being forced to listen to Boris Johnson being 'eccentric!'"

"Where you during the Olympics, Granddad?"

"Right in the thick of it, as nations came together as one to celebrate sporting endeavour in an Olympiad that went down in history as being the best. It has never been surpassed". 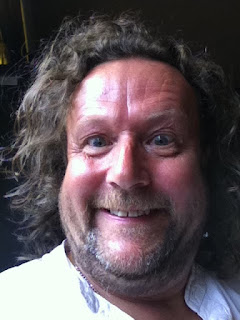 So I am genuinely hoping the games passes off without incident, Team GB do us proud and we can once more say with pride we live in Great Britain.

I do have one major concern though My local pub is running out of beer as deliveries are not getting through due to the traffic. Come on Boris. Fix it!