SPRING CAN REALLY HANG YOU UP THE MOST!

Not sure if it is because spring is beginning to arrive that horses can be seen in the fields lying on their backs waving their hooves in the air. Little lambs are gambolling about. Green shoots are appearing in flower beds and people are thinking of changing their wardrobe. In the Lester household the sandals are beginning to look a little more enticing with each passing day. 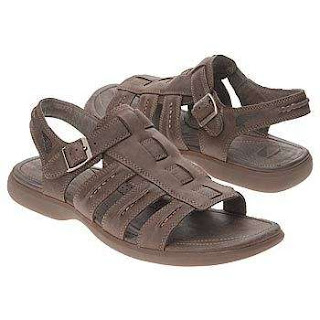 As you are aware if you have been following the show over the years, I tend to don sandals early in the year and wear them right through until the autumn. The actions of a madman, you may think? Not a bit of it. If you rise at 1AM you don't want to spend ages wrestling with laces and zips and buttons. Sandals are perfect (AND BEFORE YOU START, NOT WITH SOCKS). The world at large is not as cold as you think so I don't have much problem with cold feet. The only time I did was on American Adventure 3 when I discovered Yellowstone National Park was still frozen solid in mid May, as I stood and tried to admire Mount Rushmore through a blizzard. 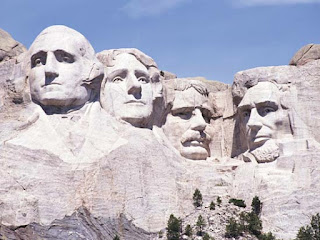 However, spring is the traditional time of year when things do go slightly off the rails as the sap rises. We have all heard of the mad march hare.

Well, I think this applies to humans as well.

People who don't listen to the show always make the assumption that it's gentle quiet soothing music for insomniacs and the disturbed. I have lost count of the number of times when people have referred to it disparagingly as "the graveyard shift", and when I have been on during the day people complaining about the way I do shows referring to the audience thusly:

"It might be alright for the sort of people who listen at that time".

Just as valid as you and me buster.

Having said that, we have been deluged with bizarre stuff from you this week which has been heartwarming. So I am going to coin a new term to describe our much loved contributors who have a grasp of the surreal and aren't afraid to revel in it:

Whilst the Differently Creative have been hard at work supplying the show with excellent and original content (note we ignored the 29th as all the other shows lumbered through the same old Leap Year shtick), I have noticed the odd bizarre occurrence that brought a smile to my happy moustached face. (Sorry, channelling the Cleveland show for a moment.) 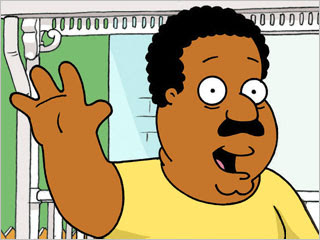 Whilst riding on the top deck of the bus yesterday, I noticed a tall person had decided to put their drink down for a moment. 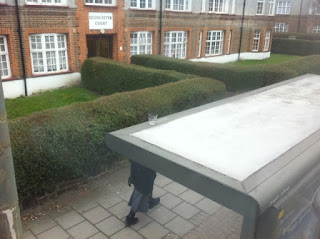 I think it was at this time of year that I spotted a banana that had been left on a low wall. Nothing too unusual in that I hear you cry - people are mislaying things all the time. Check out the number of single gloves that find their way onto the spikes of railings. On this occasions it had writing all over it. Maybe a greengrocer had run out of paper when filling an order or a child's hands were already covered with exam notes.

Whatever the reason, there was cold hard logic behind that decision. So when you are out and about have a good look around, people's behaviour patterns are different at this time.

You may see a man wearing a top hat upside down, or a woman carrying a pushchair whilst a tiny child totters alongside.

A BMW driver indicating before overtaking (you tell me they don't).

Opposing football fans congratulating the victors in the local derby and even people grudgingly accepting that if an emergency vehicle goes by at speed with its siren blaring, they are genuinely on their way to an accident rather than on their way home for lunch.

This is just the hallmark of spring, and the rise of the Differently Creative!
Posted by Alex Lester at 09:02

So you saw a banana with writing on. When i was about 14 i wrote my name and address on a pebble with the message "if you find this please write to me" and put it back on the beach. Somebody did! A lovely 16 year old boy! We became pen pals for a while before, as often happens, it fizzled out.

Are you going to buy new sandals for the summer - or if that the photo of this year's footwear? Liked the comment about night people - best kind to know - who want's to be a stuffy day-time person anyway, being a night time nut job is fab.....