A WALK IN THE PARK

Spring is now here with a vengeance - so much so that I decided it was time for a good scenic walk around Britain's capital city.

I headed to the park after changing from winter leather to spring linen in the jacket department. 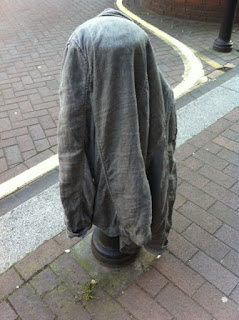 The sandals nestling at the bottom of the wardrobe were eyed but left.

To appear safe, benign and sane it is generally a good wheeze to be well turned out. This can be turned to your advantage if you have evil on your mind though, so it is not an exact social profile.

After all, Hitler was always well turned out and you'd have to go some to find a more malevolent individual.

Thinking about it, dictators generally are smartly dressed. Probably as they have access to the best tailoring, favour military uniform and can dazzle the eye with any number of self-awarded medals. 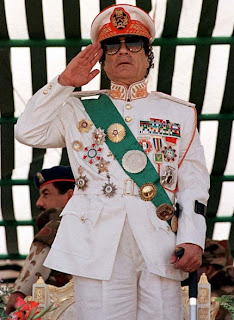 Just as well they tended to form their own youth "elite" rather than hijacking the Boy Scouts. Papa Doc Duvalier with a knots badge is certainly a thought to conjure with. Hmm, I wonder if The Boston Strangler was ever a Cub?

Speaking personally, I had nothing more cruel on my mind than perhaps scattering a few pigeons as I strode along.

Back to the park and it was a glorious morning and the daffodils and other sundry plants are blooming and budding. 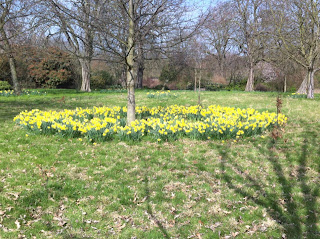 With so many great places to go and visit, it seemed appropriate not to visit any of them. However, the tourists were out feeding our tottering economy.

Through the park I sashayed.

Down Baker Street I promenaded.

Regent Street came and went under my determined tread.

Into the heart of London's West End and the theatre district.

What to do - purchase tickets for a revival of "Pardon My Burnous, Boing Boing"? Or even "The Bed Before Yesterday"? 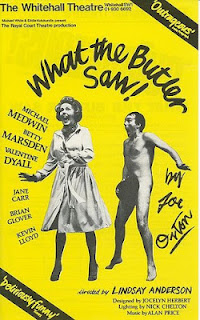 Nope - my footsteps took me to a discount record store where certain purchases were made, shortly to appear as part of Lester's Library. 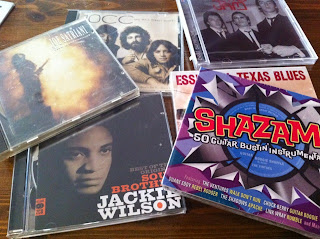 I think I need to have a sit down and a rethink as far as making the most of spring is concerned!
Posted by Alex Lester at 12:00

Fine and worthy purchases. I particularly like the nod towards sartorial elegance - all you need now is a cane (maybe with a silver monogrammed top) and you will be the complete Regency gentleman... ;-)

Must admit though, on initial glance at the first photo, I thought it might be you venturing out of doors after another heavy night on the Limoncello... ;-)

Well Alex, if that's your "linen"! jacket hanging on a bollard, I think you should perhaps treat yourself to a new one if you want to continue looking like a respectable married man (whatever that is?)with trimmed beard and brushed hair -- are you sure it will still look like you, tho.....