I'm not very good with meetings, as rather like school days the temptation to stare out of the window is very nearly overwhelming. Also I have little or no attention to detail and forms bore me so much that I find them very difficult to take in. 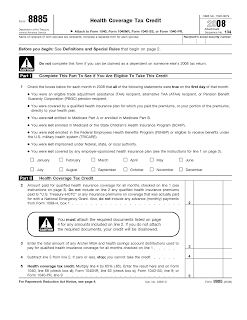 If you have followed my "career" via the radio or via the blog, you may know by now that when everyone else was on their gap year backpacking in Peru I was attempting to be a Civil Servant at the D.H.S.S in Walsall. I had been signed up as a CO! Yes, a Clerical Officer, with my very own rubber stamp with the word "UNEMPLOYED" on it, and not one but two ink pads - one blue and the other red.

This, try as I might, was just not for me, and after a very short time and large portion of the jobless in the West Midlands starving as their giros hadn't arrived it was traced to my incompetence and so I was demoted back to CA "Clerical Assistant" until I could safely leave and went to college to fritter away three more years staring out of the window.

The last attempt at being serious was a brief period as the "Promotions Producer" at Radio 2. This is a job with some responsibility for which creativity and flair are required, as the producer is responsible for the trailers and a whole lot of written information which finds its way to a variety of places including network controllers, press and publicity as well as the studios to be used by the DJs to plug other shows and special events.

I had somehow been given this job by a very nice man who somehow believed I could do it. Boy, was he ever wrong! Part of the job was to ensure that first thing on a Monday morning, a long and involved list of the promotional trailers for the week had been compiled according to network priorities after liaising with other radio networks and the BBC's TV networks. 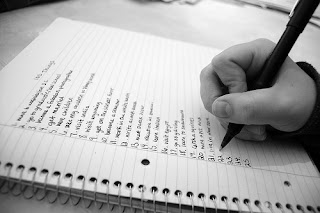 This would then be taken into a meeting of controllers to be tutted and fussed over.

It was vital that:

Things like this are tricky if you can't do forms and organisation. There are some who are brilliant at this like my then boss, who as well as taking a chance on me to do the job in the first place was a kindly man who was very rarely if at all raised to anger.

On this Monday I was (as usual) late in providing the information and he came hurrying into the office in order to chivvy me along with it. I think he found these meetings with very senior management rather hard going and his reputation rested on the efficiency of his department. 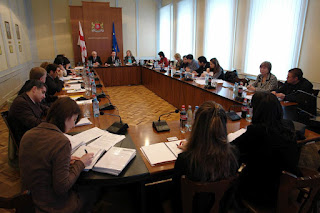 On this particular morning it was shortly after I had taken over, and despite having been sent on a computer course (more staring out of the window) I had only cracked one of the two computers that the department possessed. We had an early incarnation of the Amstrad home computer for internal stuff which had a rather feeble dot matrix printer, and a proper big one with an unfortunate name which had lots of terminals and a language that I never grasped. THIS was the one I was supposed to be using.

He took one look at me struggling tardily with the plucky little Amstrad, and the usual benign countenance darkened and he just exploded. I have rarely seen such anger. Apart from a producer who was a Jehovah's Witness, and so I thought supposed to be nice all the time, who had a meltdown when I got muddled up doing the Ken Bruce show once and played the wrong record cocking up a carefully crafted feature. That is is an open wound for another day.

"YOU'RE USING THE AMSTRAD!!!!!!" he shrieked turning several different shades of purple, clutching at his collar for air. "YOU'RE SUPPOSED TO BE ON THE WANG!!!!!!!!"

Shortly after this I retired from production duties and returned to the airwaves, as I think it was deemed safer to have me on the radio rather than behind the scenes sabotaging it.

So now you have that bit of background back to the story. I had to visit an estate agent's in Birmingham in order to fill in a load of forms. To this end I had packed all the relevant items in my special executive carrier bag, and having done a little bit of shopping found myself in a swanky office in central Second City.

In order to find the relevant bits of information I needed to decant various items from the "briefcase" on to the desk in front of me, so I could have a good rummage and locate them.

Wonder what they made of me plonking a set of shoe tidies, a smoothie and a pink polka dot oven mitt on the desk?

I find the mitt is a good ice breaker. Perhaps they could be used more in senior negotiations. I like to think that David Cameron had one in his briefcase when he visited the White House recently. There could even be an exchange. Dark Lady has one of the New York Subway system. 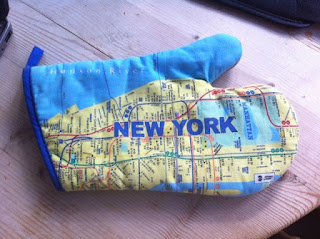 After retreating from the estate agents, leaving some rather bemused real estate types behind, I drove back down to London and wandered into the house in order to put things away. The house being so small that I have to keep crates of CDs and such like in the garden shed.

When I was just finishing off the tidying I noticed some rather unpleasant marks on the carpet.

Oh no, one of the children had obviously stepped in some dog doo and had trampled it up the stairs. This was not on, and in my role as Victorian Stepfather I was going to have to have a severe word with those two I can tell you. They really should be more careful and responsible at their age. It doesn't take much to wipe their feet properly at the door. That is what mats are for, for crying out loud!

I was running late so quickly locked up the house and went to the bus stop to head into town.

After taking my seat, I noticed a rather unpleasant smell emanating from somewhere at the end of my leg.

On closer examination I realised that the terrible pong was due to the "doo" being on my shoe, not anything to do with the children.

So I decided not to take them to task and thought perhaps the best thing for all concerned was to keep quiet about it. Very quiet.

So far I have heard nothing.
Posted by Alex Lester at 09:32

Meetings ... oh how I love them. I even fall asleep within 2 mins of them starting, even when standing on my feet. (I'm yawning just thinking about them!)
Thank goodness you are behind the microphone delivering the goods and not behind a PC causing chaos.
Mmmmmmmmm.
Please don't give up your day job ... errrrr, I mean the night shift!