GET DRUNK EVERY WEEKEND AT THE BBQ!

I think it may be time to face the fact I am a Philistine. (Philisteen if you are American). This revelation came halfway through a two hour Two And A Half Men marathon on Tuesday. 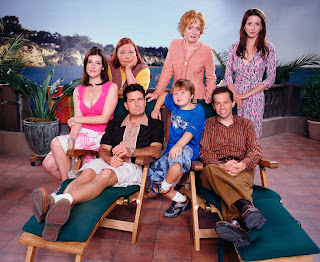 It wasn't that I was condoning the behaviour of the character that Charlie Sheen played as a drunken drug taking womaniser. Or himself frankly, if the headlines are to be believed.

It was just that whilst I was chuckling at some of the penis gags it occurred to me that I didn't know anything about art, or the classics, or classical music and opera for that matter. 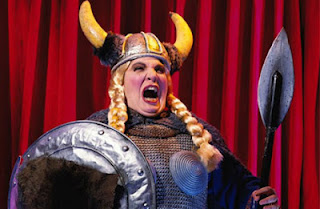 The reason for this chastening revelation was my surroundings. My hometown Hastings is packed with artists and artistic types. It even boasts an area of town called Bohemia.

A quick Google gives you details of dozens of artists, galleries and exhibitions. The Jerwood Gallery is about to open in the Old Town and I am at home yukking at fart gags as usual.

Perhaps I should take up a brush and paint. Nah, can't draw and when it comes to home decorating I'm terrible with edges. Poetry?

"A few words to say should be easy to do. I can jot them down whilst I'm having a..."

Nah. That is harder than I thought too.

I KNOW: photography. If I can't create any other way, I can cheat by taking pictures of mundane things and giving them long explanatory titles as no one would know what they were otherwise. 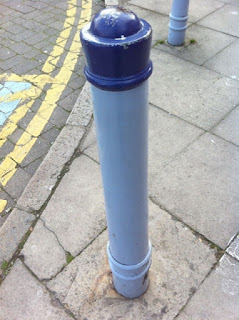 "Bollard in grey. Encapsulating the way we humans feel trapped by our dull existence when the council hasn't any brighter paint." 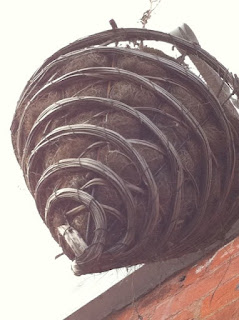 "Hanging nest. Encapsulating the way we humans feel trapped by our dull existence yet still feel the urge to breed."

This is easy. There are a lot of proper artists around though. 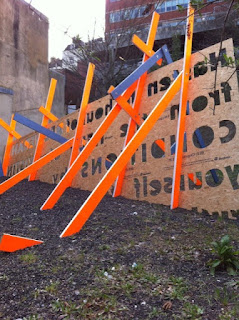 However there are also quite a number who consider themselves gifted, but alas aren't.

A few years back a friend and I were having a pint in a seafront hotel, and at the next table a man we vaguely knew was scribbling noisily with cackles of glee. Every so often he would slam down a verse or two of the most appalling doggerel on our table for us to read, until in the end we had to politely ask him to stop.

With that he gathered up his belongings and swept out muttering darkly about ignorant peasants not understanding his genius.

I expect he now is making a living selling one of the staples of an artistic seaside town - sculpture made from driftwood and shells. I have heard of councils auditioning buskers so that they don't stand there murdering Knockin' On Heaven's Door for eight hours at a stretch. 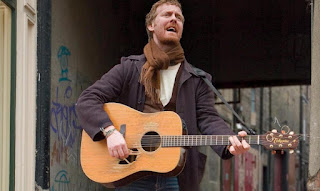 So why not artists? Banning things made from household waste would be a good start. Flotsam and jetsam would be on the list too, plus anyone who decided to paint the beach launched fishing fleet and the curious tall black net huts would have their brushes confiscated. 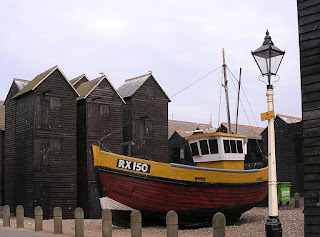 Hmmm, I feel this rant is typical of a dictator. I think I had better just give up on this and go back to what I do best. Plus it's time for The Big Bang Theory - another US sitcom with bottom jokes!
Posted by Alex Lester at 11:24

Absolutely nothing wrong with penis jokes!

That busker looks like Glen Hansard, he of Oscar winning best song "Falling Slowly" and Outspan in The Commitments. Thats two Commitments references for you this week! :D