The second part of the holiday was the French bit.

I have been going there for years and you would have thought by now I would have a reasonable knowledge of the lingo. Well, I know some bits quite well. Such as "Please", Thanks" and "Yes".

That was the title of a song from a long gone US TV kids show called "Howdy Doody" as I recall. I have it on an LP of the show soundtrack somewhere, as well as another very weird offering entitled "The World Seen Through The Eyes Of Howdy Doody".

It was a sort of documentary album which had bits from the TV show fading in and out of new reports from the era. There is a short clip of the show on a flickering television set at the beginning of one of the "Back To The Future" movies. 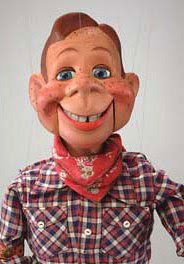 I may know the words "Please, Thanks, Yes" although not the lyrics to the whole song in English (and for the title at least in French) but I have yet to learn the French for another song from the show.

I think the programme was effectively aimed at brainwashing the American youth into good behaviour, although as I blogged during an American adventure a couple of years ago Americans use the word "sir" a lot when talking to you. (Unless you are a woman of course. Had to add that in case we were attacked by pedants.) However, it doesn't really modify their behaviour. Someone is just as likely to use the term when relieving you of your wallet at gunpoint down a dark alley in Toad Suck Arkansas as they are helping you across the road. 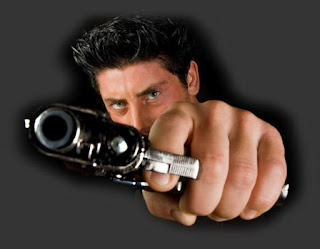 "Do do a Howdy Doody do.

But don't do a Howdy Doody don't.

'Cos a Howdy Doody do will be good for you

But a Howdy Doody don't won't!"

With the help of my trusty online translation tool I can tell you that it supposedly translates as:

I may attempt to sing this for you in both languages on the show one morning, so make sure you don't miss a nanosecond.

Whilst on holiday and idly looking at the internet, I happened upon this wonderful translation from a town website which was offering information about civil rather than church weddings that could be conducted at the town hall:

With one keystroke this turned into:

"You want your marital status by contacting the town hall of frogs?"

I wonder how self aware they are? An elderly man once told me "We call you "Les Rosbifs" and you call us "Frenchies". Erm that one was lost in translation I think!

This lengthy diversion from the main subject was mainly the lead up to a couple of pictures.

Whilst out having a stroll the Dark Lady and I were rewarded by spotting a mother and child of the red squirrel variety playing in a tree. 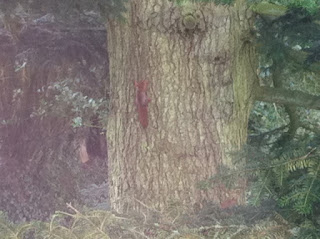 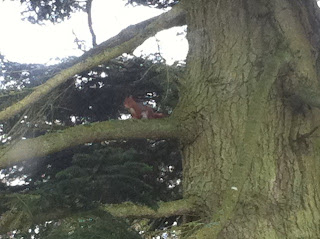 Then on the way back last Sunday night on the ferry as we left the port of Ouistreham on a millpond calm sea. The sun set. 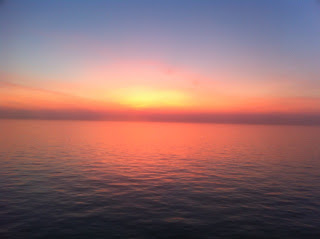 In our tiny cabin the Dark Lady read the paper as I tried to get some sleep during the six hour crossing. This was the plan, for by the time we get back to London there is only two hours before I have to be in the studio.

In the cabin next door some natives obviously furious at some translation slur on a website decided to get their own back by turning their children up to full volume, making sleep impossible. 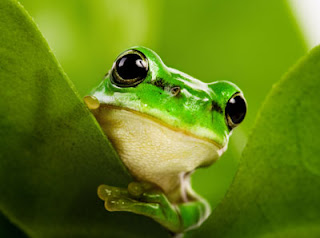