Another two hundred mile round trip today. This time to catch up with my dad, sister and brother in law. Oh, and the cat. 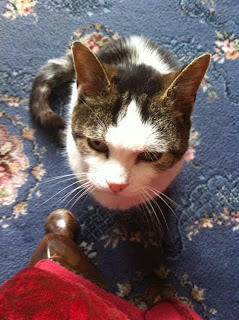 Speaking as the youngest person there (although not by a huge margin) we soon got onto the subject of age related memory loss.

My father, who is very organised, has for years kept a diary of events so he can tell you where he was been and what he was doing on any day, and what he will be doing in future days.

The other three of us trust to luck.

Nell and John, my sister and brother in law, are now retired and so are busier than they have ever been I think. It's difficult to keep track of what they are up to. They claim they can't remember what they were doing an hour ago, let alone last week.

I can remember what I was doing at certain times as my job revolves around it, so it is usually a safe bet to say that from 7.30PM to 1AM I am sleeping and from about 7AM until 10AM I am sleeping. The bit in between is "work" and the rest I can't remember.

However, where we all fall down is with names.

I have "Name Days" when I can't remember anyone's name so I have to go round the houses in an attempt to get my point across:

"Ah yes, I remember he was the king wasn't he? Came ashore in 1066 and beat err..." (this is where the felony can be compounded)

"The Saxon guy, the one who got the arrow. Not the one who burnt the cakes, the other one. They did the tapestry about him. You know, the one that is in the cathedral at... err... you know it's in France, Brittany I think. Begins with G."

"You mean William and it was Harald who allegedly got the arrow." 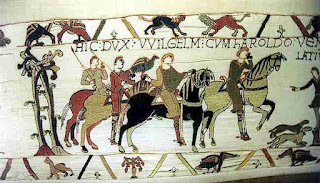 I like to think it is in fact a family trait and it has nothing to do with age, so it is in the genes.

Years ago my dad and sister were out shopping and they bumped into someone my father knew.

"Hello doctor, how are you"?

"Er... fine" said my dad, completely stumped for the man's name, hoping he would introduce himself and when this was not forthcoming he introduced my sister.

"This is my daughter" he said, still hopeful.

Nothing came back from this man - no clue at all. Not realising, my lovely sister decided that it was only correct that she knew who was addressing her and so said:

"Well come on dad, aren't you going to introduce me?"

That was when the blank came to light.

My paternal grandfather (who was also terrible with names) used to try and garner a few clues and hope that this would jog his memory. If anything it probably made things worse.

"So how's the fishing coming on?"

"I don't do that either"

And so it would go on.

However, at least if that is the way round there is more chance of you getting a lucky break.

Friend of mine who is quite assertive has completely the opposite problem. He never forgets a name. Unfortunately, he isn't very good at remembering faces. 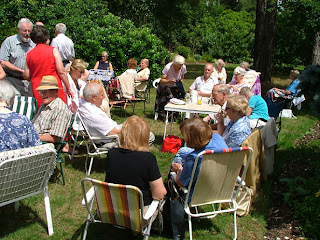 Once at a barbeque a man who he recognised came up and introduced himself:

Any tips will be gratefully received, as this problem is only going to get worse.
Posted by Alex Lester at 10:01

Wish i had some tips Alexis, light dame! I am pretty bad with names of people i don't see often. What is more worrying tho - is that everyone always seems to remember mine!!