MOT week for me, starting with my annual dental appointment. Like many, dentists terrify me. Mainly due to grim childhood experiences of fillings and extractions under little or no anaesthetic. 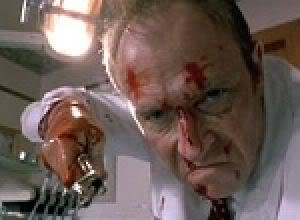 I once went 28 years without a dental appointment until I realised that this was ridiculous and I should face my fears.

Amazingly all that was required were four fillings to be replaced. (Two had dropped out). One of the new ones was fashioned into half a molar as the original had snapped. A bit of a clean which was more painful than the fillings and I was as good as new. All done on the NHS, bless it.

So off I went. Into the chair. Teeth were counted. 4 missing due to childhood extraction in a failed attempt to make them less crowded. This resulted in four gaps! Soft tissue fine. Teeth fine. Quick clean and I was out again into the spring sunshine all in under twenty minutes courtesy of the NHS. 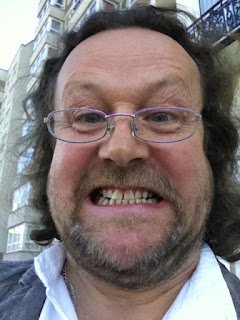 However, I may be alright but Producer Strangelove was in a terrible state when I arrived for Mondays show.

He is very proud of his hair. He is getting ready for a week in New York and wants to drive ‘em wild when he arrives. 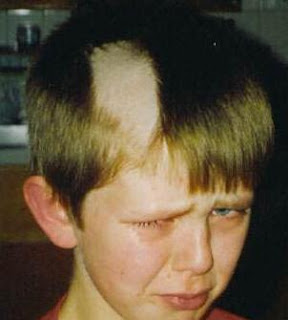 Seems the hairdresser wasn't listening to his instructions. Or was daydreaming about their own holiday. End result: tonsorial calamity. Too much taken off in the wrong place.

I doubt there would have been a bigger scene if a surgeon told him he would be the new lead in Boxing Helena and so for realism. He would have to have both arms and legs amputated! 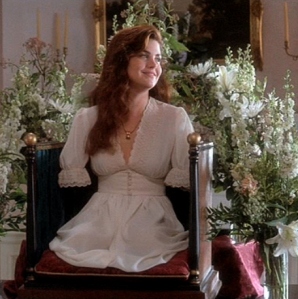 Luckily he managed to find another Mr Teasy Weasy to minimise the damage. 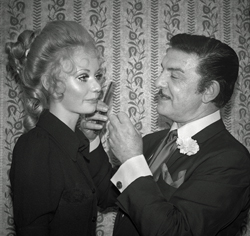 What I failed to understand was that only a week ago he was saying he may shave his head as it would be too hot on holiday!

After the teeth, next item on the agenda is my annual eye test.

Wow! Middle age is a rip snorting place to be!
Posted by Alex Lester at 13:19

Hi Alex. I have never been afraid of dentists despite the fact that i was 'gassed' at the tender age of ten in order to remove two teeth. Didn't hurt a bit, but did have an 'out of body' experience. No, really, i saw the whole thing from the ceiling! What has always baffled me tho is why anyone would choose to fiddle about in peoples gobs for a living!? Anyway although unafraid of the treatment - very afraid of bill!

I've warned you before Alex.
STOP FRIGHTENING the kids with photos of YOU! Ha ha ha ha.
(Its great hearing about others suffering ... especially you!)
Hisss hisss