USE A WOODEN CHAIR!

Still trying to catch up on the number of solo flying hours I have to do to retain my microlight licence. You have to do at least twelve hours over two years, six hours of which have to be during the second year. I've no idea where the time has gone. 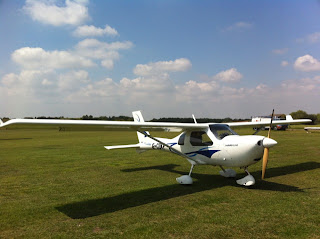 So I am trying to book a flight per week out in Essex.

"Okay, call you next week." 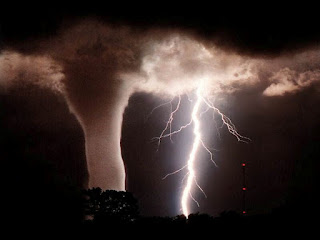 This morning, I checked the aero weather and it wasn't looking good.

He was quite correct, it was okay. A few knots of wind and cloud, but at a height that wouldn't cause me any problems.

So when I arrived I was ready for the off pretty quickly. Checked everything was as it should be - enough fuel, wings securely attached and off I went.

I headed out across the Thames estuary to the Isle of Grain, and carried on until about twenty-five minutes later when I found myself over a large prison complex. The air was a bit bumpy due to the hear rising from it, presumably due to all those inmates attempting to saw through the bars.

I turned round and headed back. By this time the weather was beginning to change, visibility was deteriorating and it was starting to rain. I love the whole process of landing as it concentrates the mind, and when I've taxi'd back to the hanger I have a huge sense of achievement (and to some extent relief) that washes over me.

Quick cup of tea then phone a cab back to the railway station.

"What you been up to mate?" said the cheery young driver.

"Well, I hired a plane and went for a joy ride."

"I flew out to the Isle of Grain and went as far as that prison. What's it called?"

"HOW SHOULD I KNOW?" he barked. A little too indignantly I thought.

"I wasn't suggesting you had been inside!"

The remainder of the journey passed in virtual silence.

Had my tone of voice suggested he was a jailbird? Or was he nursing a dark secret and a guilty conscience?

I can still remember being in a rough pub in Hull in the late 70s, and on the TV was a documentary series about a maximum security prison.

The bloke standing next to me suddenly shouted "look, it's Chalky. He's still in!" 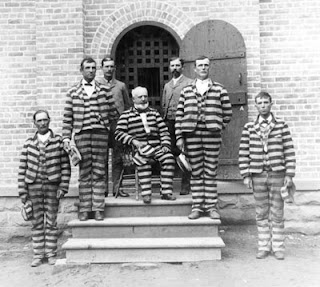