Perfect weekend. Good food and drink, perfect company, fresh air, sunshine and topped off by one of my favourite subjects: 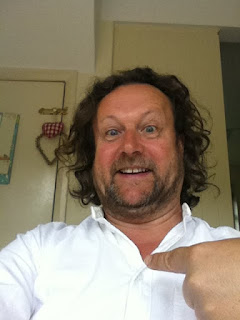 Dark Lady was hard at work when I set off for Hastings on Friday morning and wound my way through the traffic on the M25. I made it halfway down the A21 before it was time for a snooze.

I've driven hundreds of thousands of miles over the years at odd times of the day and after working night shifts, I'm fairly attuned to my body and its needs. It tells me when it needs to stop. I know several welcoming motorway service station car parks and lay-bys where a weary traveller can lay his head with the door locked. From time to time I've been disturbed by people trying to sell me knock off TVs or watches from the back of vans, or the occasional concerned citizen thinking I look like the result of a mafia hit.

Always important to lock the door. I remember a story of a couple who were out in their radio station's radio car when the hormones came a-calling, so they parked up in a discreet side road. When they had finished er "filing their story" and were readjusting their clothes, the lady half of the couple noticed her handbag had gone missing. Obviously in their sexual oblivion neither had noticed a passer-by open the door and nick it!

As a back up to help ensure I don't become a danger to myself and other road users I have a small device like a hearing aid that I pop behind my ear. If my head starts to nod it lets out an ear-piercing screech.

What in fact happens is that I reach my destination, get out of the car, look down at the pavement and suddenly get the shock of my life as this device lets out its warning howl.

The plan was to go home and get everything ready for arrival of the DL after she had finished work.

I also had to go and draw the raffle for Hospital Radio Hastings at the Conquest Hospital (listen, this is Hastings - everything has a 1066 motif) as well as to hand over some long service certificates to three of the volunteers. Afterwards they had also requested I give a
"short talk about my career".

I arrived at 2pm. he raffle and the certificate presentation went quickly and without a hitch. Refreshments were provided, but I declined as we had a Chinese meal booked for later in the day. Plus, these hapless people were going to need all the calories going as I droned on and on. Remember the terrible story of the plane that came down in the Andes and the survivors were forced to eat the corpses of their fellow passengers?

When you have had a job that started back in 1977 in BBC Local Radio and has staggered on ever since there are a lot of things to talk about. I have worked at more than twenty radio stations and a similar number of TV channels over the last thirty-five years so there are plenty of anecdotes. I thought the best way would be to do in in chronological order, starting with my first tentative steps in the glamorous world of wireless. This was going to take some time... 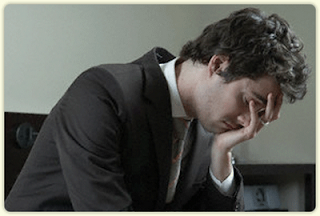 On and on I droned, ignoring the yawns and the shuffling of feet. On and on, taking no notice of the furtive glances at watches. On and on when the whispering started. I thought I was holding their attention for the first hour or so. Heck, I've been doing this for thirty-five years and they were going to get all of it.

"So by 1979 I'd moved to Radio Sheffield where I was doing among other things a rock sh..!"

"Alex we must stop you there, but the football will be starting soon and I'm sure your wife will be arriving at the railway station any time now", said the chairman much to the audience's relief. What?! I still had approximately 33 years to go! Shame, I could tour the halls with this act.

So it was to the railway station to collect my lovely wife. 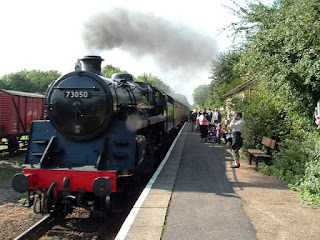 She had had an uneventful journey down and had even managed to do some more work and read a portion of her book. She is a voracious reader, although since she met me has had less time to indulge her hobby. Marriage is give and take, and all about compromise. Since I met her I've had far less time to sit in the pub reading nerdy car and music magazines.

We dumped everything off at home, turned the heating up a notch and went out to the Chinese. Well, via the pub.

If I learned anything from the afternoons experience it was brevity, so I'll leave you with the thought of crispy duck, prawn toast and chicken and green pepper in black bean sauce until the next instalment.
Posted by Alex Lester at 07:35

When you tweeted that your blog was brief i actually believed you! Such a fool am i! You'd give the bible a run for it's money!