Weekend of noises, some good…and some not so good.
Thursday night Susan the finance (don't hate her, she's not a banker and doesn't do the sort of offshore stuff that got Jimmy Carr into trouble and Gary Barlow and a lot of MP's seem to be getting off scot-free about).

We went off to see Carrie Underwood at the Royal Albert Hall in London. It is her first visit as far as I am aware and it was a more-or-less packed house with an audience consisting of - as far as I could guess - 50/50 Gay men and teenage girls. 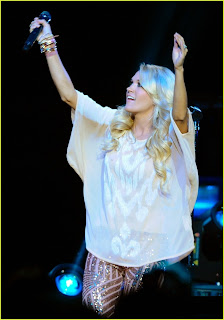 She may be young but she has a terrific voice which certainly has a lot of power behind it. So much so that you did hope for a quieter number. Even on the slow gentler songs she was still pretty strident. To celebrate being in the UK she did a cover of Coldplay's "Fix You" which was probably the closest she got to subtlety all evening.

That is not to say I didn't enjoy it because I did. I also recognised far more of her material than I expected too.

The audience knew all the words and sang along lustily. It made me feel good to think that she was a virtual unknown in this country before we started playing her on Radio 2. Not that I am claiming her success on these shores is all down to her appearances on "Lester's Library". Although due to my "small man syndrome" I may start making wild claims (shortly before I attempt to raise an army to invade surrounding countries.) 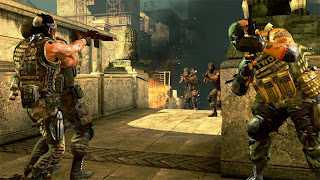 Carrie also sported the most spectacular pair of sparkly leggings that I'm sure many of the girls (and probably a fair number of the boys) in the audience secretly coveted.

As it meant a late night and I was headed off home directly after the shoe on Friday morning I had only had about two hours sleep by the time I ventured out to the pub on Friday evening. I like to do this to relax after the "hardships and stresses" of the "working" week. When I have been awake for nearly 24 hours on the trot I get very sensitive to noise for some reason. So seeking a quiet corner of a boozer when most of the clientele had been there all day was going to be difficult. I found the "table of solitude" by the pool table. 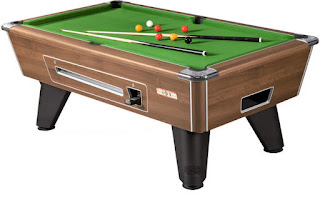 No sooner had I sat down with my pint, a gang of guys came over to play pool. As they had every right to do. First they put the money in and vented the balls with an ear splitting rumble. After that every clack was agony. Plus one of their number was a laugher. Nothing wrong with laughing either. However, this guy was guffawing and about everything and nothing.

On it went until I finished my beer and headed home, my ears ringing.

Not their fault at all I must stress. Mine. I do think it would be good for boozers to have noise and child-free areas. Rather like a library or the quiet carriage on the train. Thinking about it, though , I don't think anyone would take any notice. They certainly don't on trains! 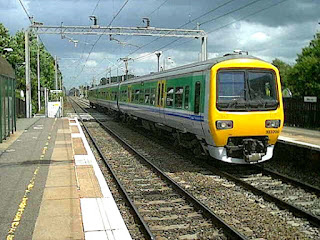 Sunday night and to bed as normal. However, I had forgotten about the football. I was woken from my slumber by an anguished

From the flat next door. Shortly followed by another even louder

"Ah yes" I thought. England has just lost on penalties. Turned over and went back to sleep. 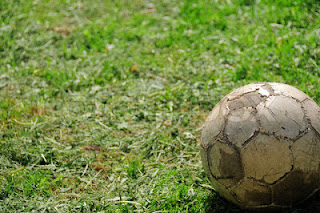 Alex i was going to say you're getting old but i too get hyper sensitive hearing when i haven't slept . I can be lying in bed at night unable to sleep and all i can hear is the fridge humming in the kitchen next door! So i put you on my radio to drown it out! A very welcome distraction!