Obscure John Dummer Band reference to start with. You can tell I've had most of the weekend in my spare room fiddling with CDs and vinyl. 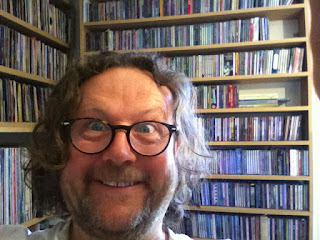 More of that perhaps later in the week.

However, I like the rest of the media am trying to squeeze the last drop of royal stuff from the Jubilee.

Dark Lady, Dark Stepson and I had been invited by friends Jules and Martin to view the flotilla from the comfort of Jules' office on the south bank of the Thames.

Due to public transport concerns we arrived an hour early. How to fill the time? Stepson came prepared with various bits of electronics beginning with "i". 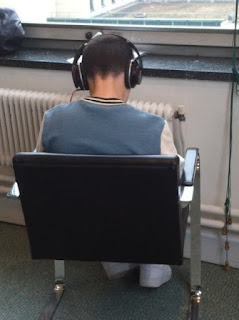 There was however considerable nourishment on offer. This was probably wise when you consider what happened later. 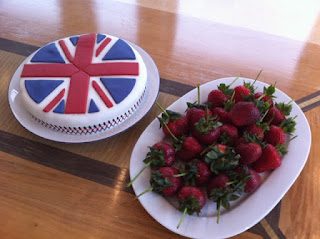 Lot of friends showed up and we all crowded round the windows as the boats sailed past. Not wishing to do much in the way of gender stereotyping, it did occur to me that the women were more interested in who was on the boat and what they were wearing.

"There she is. In the white. She looks cold."

"Is that Pippa? Her bum isn't that fantastic."

"Clare Balding. You can see her on the TV too. I think that colour suits her don't you"? 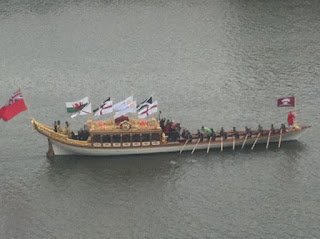 Meanwhile, us blokes frankly were talking about more important stuff.

"Here come the small boats that rescued the troops from Dunkirk."

"Raymond Baxter used to own one."

"Look, canal boats. There's a sixty foot trad style. Look look, Fellows Morton and Clayton ex-working boat. Wonder if it has a Bolinder or a Lister diesel in there"? 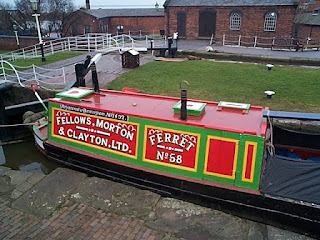 When the last craft had chugged, sculled or sailed past we headed out into the rain. To the Underground station.

Most of the entrances/exits were shut and a massive queue stretched for yards along the pavement. We'd be there for hours.

We decided to walk across the bridge to Victoria and get the tube from there.

The exits/entrances were shut and there was another massive queue.

We carried on walking in the driving rain. Another twenty minutes or so found us in Park Lane where I saw a cab. 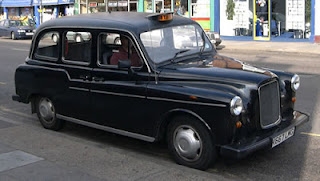 Safely in the back we drove the final mile to where the DL had parked her car.

"How was it?" asked the cabbie.

"We had a great time apart from this last bit."

"You got Olympic tickets?" he continued.

"Plane tickets. I'm off to Greece for the duration. Lot of my mates are away too. Roads are going to be chokka(er)."

"So come the Olympics there are going to be few cabs and an Underground system that can't cope"?

"Looks that way" he chuckled.

I've no idea what surprises Transport For London have up their sleeves to ensure our smooth passage. I just hope they have something!
Posted by Alex Lester at 18:58

Oh dear, with all these problems, I guess I am glad I will be watching the Olympics from 400 miles away on the TV - with a glass of bubbly or three, some nice crisps and the remote - much better than trying to get from place to place on foot!! Good luck everyone down there in the "capital"..........