Thought I ought to go and do something important yesterday so I didn't. In fact it was all in all a bit of quiet one.

On the plus side I was able to catch up on one of the many perks and privileges of this job - I got to listen to a whole load of CDs that had been sent.

I have often mentioned this happy chore before. However, I do wonder sometimes if the PR companies and some of the record pluggers have actually ever heard the show bearing in mind some of the weird stuff I am sent.

In addition TV companies often send me press releases asking me to plug their latest offering.

The latest series of "Bonkers Grandma" starts this week and we wondered if you could perhaps give it a mention on your show. 97 year old Aggie is available for an interview." 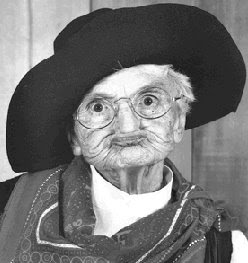 We're looking for contestants for our new quiz "Guess My Colour". Each week a group of teenagers have to accurately predict what the others are wearing, armed only with their noses as they will be blindfolded. The host Jez Jezzer is available for interview."

It's back. Yes, the third series of "Celebrity Bottoms" starts this Saturday. Another ten celebrities with no shame will be baring their buttocks in another attempt to win the £10,000 cash prize which will go to their designated charity. The producer Wyn Garden is available for interview. Perhaps you'd like to run a competition on your show to get viewers to phone in to win a chance to go to one of the recordings. We can provide stickers and badges as prizes for the runners up." 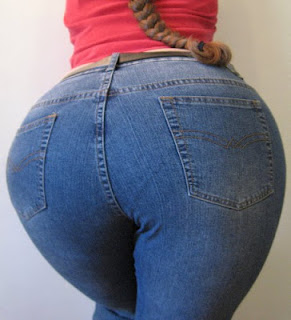 Note to TV producers. If you want me to mention your show, invite me on it. Although I'll pass on "Celebrity Bottoms" if it's all the same to you. 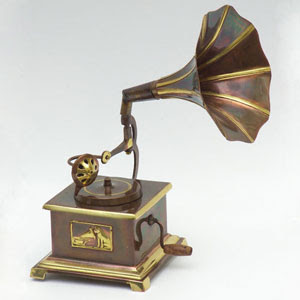 Every day up to a dozen CDs arrive on my desk and it is my delightful task to try and sift through them to find ones suitable for Lester's Library.

I actually listen to about half of them I reckon, as the others are just targeted at the wrong guy and the wrong station.

1. Norwegian Death Metal. Unlikely to get an airing.

2. Inuit Throat Singing. Also unlikely to get an airing.

3. Latest teen sensation, pictures of whom are about to adorn every thirteen year old's wall. Unless an amazing original talent rather than a manufactured cynical marketing exercise, unlikely to get an airing.

4. Home made bedroom and badly recorded cover version. Unless on a recognised label and available to buy, unlikely to get an airing.

5. Foul mouthed rap artist. I quite like some rap stuff. However if every second word is f*&^% unlikely to get an airing. If it does it is a terrible accident and I am really really sorry it won't happen again please don't fire me.

6. Charity records. Unlikely to get an airing. Everyone's charity is important to them. Some of the records are good and some are terrible. Because they have the category "charity" I feel like I am being blackmailed into playing them. Children In Need is the official BBC charity. So they get a bye.

7. Ambient music with each track lasting ten minutes. Unlikely to get an airing. Unless you are lying in tepid water in an isolation chamber listening to this and whale song, not really suitable for keeping people awake at The Best Time of the Day.

8. Intense, introverted songwriters singing songs of deep philosophical significance over twenty-five verses. Unlikely to get an airing. We only have three hours for goodness sake and we try and squeeze 40 songs into that period.

10. Anything with comedy animals. Unlikely to get an airing. Particularly if featured in adverts. "Those crazy meerkats are back with their latest single "simples... gleek". Not on my watch Buster!

11. The fat bloke from the Go Compare ads. I've had several CDs from him as I recall. We don't do gratuitous advertising on the BBC so what on earth makes you think we are going to start plugging you now even though you probably do have quite a good voice.

12. Eurovision songs from countries I've never heard of. Even when translated into English. "Hip and Hap from Boloxnia who came fifteenth in this years Eurovision have re-recorded their toe-tapping number "We Readily Devote Our Hearts To Our Supreme Leader".

Yet despite all this stuff, there are the gems that make the job so worthwhile. Whether it is discovering a new talent, or a new song from a favourite artist, or enjoying one of the increasing number of re-issues. Being stuck in your flat all day in your pants listening to tunes as the rain pours down outside takes some beating.
Posted by Alex Lester at 06:11

Thanks for that last sentence. I know have a rather unfortunate image in my head....

That should be now. It's not my fault, I was distracted!

Its a wonder there is any music on your show at all Alex, but as long as you keep playing REM and any country & western stuff I will be a happy bunny. But, the image of someone in their pants playing records - mmmmmm, quite offputting unless its David Beckham of course.

Please can I add a "No. 13" to your list...? German cyclical operas. I trust I need say no more. I have the radio on at nights because I am plagued by insomnia/nightmares - I don't need the endless travails of Wotan and Brunnhilde making things worse. That's why we all love The Dark Lord, you see - ever sorting chaff from the musical wheat for the benefit of his grey-ish acolytes... ;-).

P.S. I was very sincerely sorry to hear you mention the recent passing of your father. I wish there was an appropriate word of comfort that I could offer, but I know that words don't mean much at these times. Big virtual hug instead
(--)xx

Never mind 'It's a wonder there's any music on your show'. It's a wonder anyone bothers to listen to someone as spiteful and narrow minded as you obviously are.
Wynne Evans, the voice and face of the Go Compare adverts, is a talented and respected singer and a gifted actor. You've obviously not bothered to listen to his CD - an excellent collection. Jealousy's never pretty, Mr Lester.