As you may have noticed I was away last week. Dark Lady and I headed off to France to ingest food wine and meet up with friends, including some French people who we think are our friends although it can be a bit difficult to figure out as their English is even worse than our French. 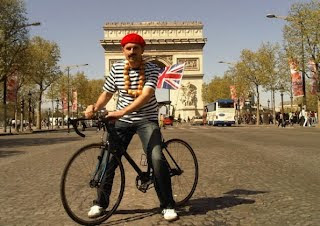 As is usual it poured with rain for the first two days, so I busied myself doing very little whilst DL busied herself doing a lot. 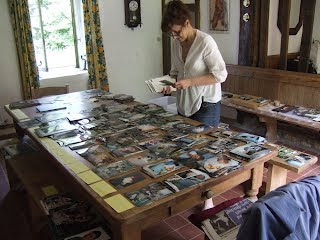 She has wanted to put her holiday snaps in order for some years, so decided that a tranquil week was the time to do it. I thought she meant a couple of dozen. Boy, was I ever wrong. By the the time the car was loaded with her clothes and boxes of photographs there was only just room for me and one pair of pants. 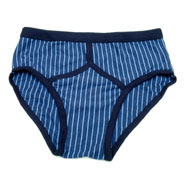 Seems the pictures went right back to her childhood and they had to be put in order! Then they had to be fixed into the first of what is shaping up to be many albums.

On the third day it rose again. Hallelujah! The sun came out and the rest of the week was a scorcher with some tremendous sunsets. 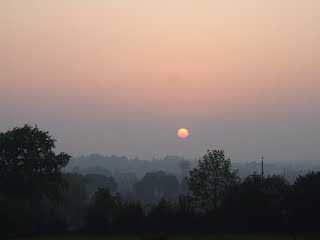 We also decided to get the bikes out and cycle down to the village to get some fresh bread. We straddled our rather clapped out steeds with some trepidation, as there are several farms on the way with excitable dogs to snap at our pedals and we may run into a "ragondin". We came across one in the car one afternoon basking in the middle of the road. They are a bit of a pest in these here parts. 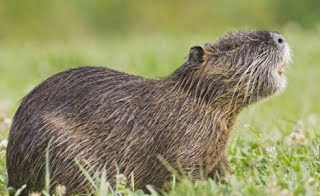 It's a fairly level journey, the two miles to the boulangerie. Dark Lady was making rather heavy weather of it I thought. Being a girl perhaps she was having trouble with the gears. When we got back to the house I realised the problem. The brakes were stuck on! 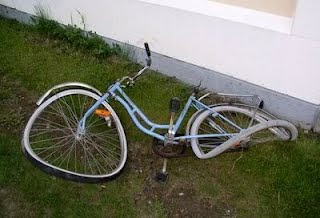 Still, I pointed out (as an expertly aimed "pain deux" whizzed past my ear) it was all good exercise!
Posted by Alex Lester at 11:35