Today has been a rush.

After the shoe it was a rush to the railway station to get the only train that is off-peak in the morning. This costs £11. The next costs I think £133,445,621. That is standing room only, as it is full of businessmen. First class is a lot more. 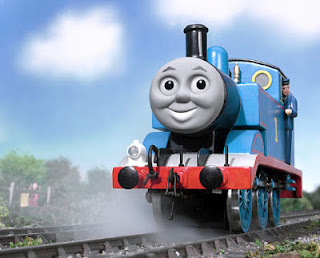 Then ninety minutes later it was a rush to the bus. £1.90. Now this is value, although you don't get to have much of a snooze. Two reasons - you may miss your stop and drooling on a stranger. Oh, the third being schoolchildren screaming at each other in a language adults don't understand.

It matters not which generation you are attached to. Teen language is supposed to be a code and one that we live to regret.

Did I really refer to women as "chicks"? 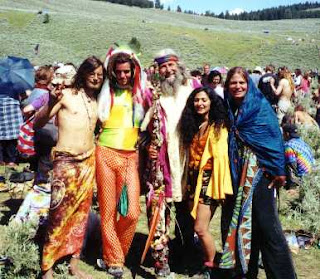 (The answer to that last part is no, as no self-respecting lady nor chick would give this pustular apology a second glance)

Meet my dad. He is off out so quick cup of coffee. Rushed biscuit. Hands me documents and keys to new steed. 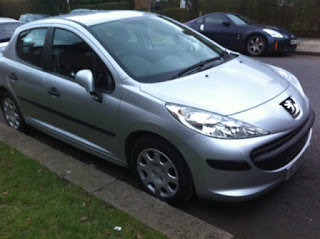 Into car and off for buns with Liza who used to produce the show latterly when I was in Birmingham. She now does something impressive with "The Archers". 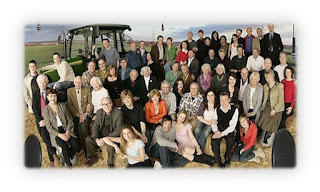 With all that rural stuff going in I wonder who nicks the studio out.

Then into car and back to London.

Ya need to Chill as the young Irchins constantly bellow at me. Relax an take five, Or, Commit to a Dave Brubeck as I confidently shout back at the kidz. Which is generally met with stoney faced incomprehension followed by a thrown half House brick. Scamps.............

Oh why can't the modern teenager learn how to speak! They will soon be grunting just like their ancestors (the apes!)

z. Which is generally met with stoney faced incomprehension followed by a thrown half House brick. Scamps.............
cheap car hire

I enjoyed reading it. I need to read more on this topic...I admiring time and effort you put in your blog, because it is obviously one great place where I can find lot of useful info..
singapore car rent

before booking a car hire package from any car rental in Santorini, never forget to read the rent a car terms of condition. One can also hire a tour guide to explore the Santorini Island profoundly. online your rental car in Santorini in the best possible price