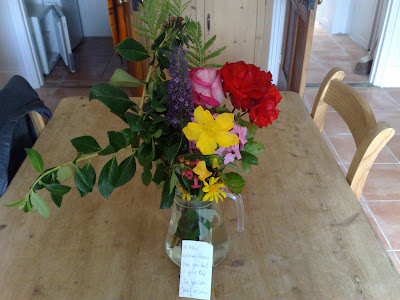 Got back Saturday morning and found a lovely bunch of flowers that had been left by my friends Janine and Dusan.They’ve kindly been house-sitting for the last four weeks as they did last year. It’s great when this happens for two reasons. (A) You can travel with no worries and (B) you know when you get back the house will be cleaner than it was when you set out.

So now we get to the nerd bit. Janice Long has been teasing me about this fascination with statistics. However if you undertake an epic journey it’s nice to pull a few things together.

I reckon I travelled in total approximately 6294 miles from Los Angeles to New York as opposed 5247 last year. Although if you add in the 30 miles in a cab when I went to see Tom Waits in El Paso, it makes it more than 6300. 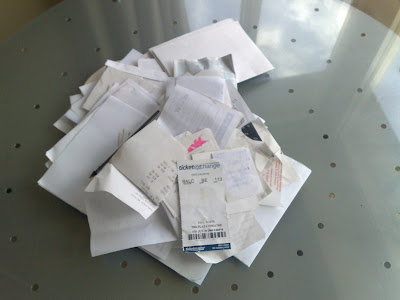 I hired a Chrysler Sebring Convertible this time as alas the hire company had run out of Mustangs. Not sure if it was any more economical but, as fuel has increased by 49% since last and I travelled further, my petrol bill was going to be more than last year. It cost me $856.62. So if we reckon the exchange rate was $1.94 to £1. End result -$441.56p.

The song title and lyrics that I used for the blog were:

"When the swallows come back to Capistrano" The Inkspots

3:10 to Yuma" George Duning (Sandy Denny did the most famous version)

"My Piano's been drinking" Tom Waits

"In these shoes" Kirsty MacColl

"Ohio (Come back to Texas)" Bowling for Soup

"Shuffle off to Buffalo" 42nd Street

"Win.Place or Show" The Intruders

"Down Drinking at the Bar" Loudon Wainwright