The first week of the diet has been punctuated by bursts of frenzied walking and calorie counting but so far things seem to be going in the right direction. More on that later.
I am determined to have fun though. 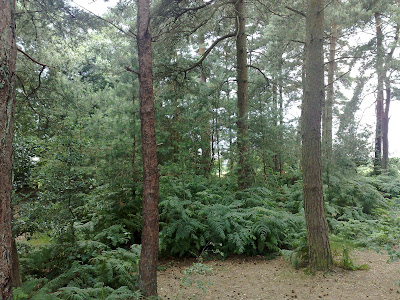 I Went out with friends over the weekend to the Ashdown Forest in Sussex which is also Winnie the Pooh territory. We trudged around searching for "The Enchanted Place" (see picture). "Galleons Leap" and the famed Pooh sticks bridge.

We gathered our own sticks and the three of us set to. I approached it scientifically and had early success. Choosing the faster water and dropping the stick broadside to get as much current as possible pushing against it. Then my form failed. This was probably as much to do with the fact there were several tons of bits of wood wedged beneath the bridge as though a host of small Beavers had been attempting to build a dam. We gave up and went off for lunch and I opted for the less fattening chicken option, then ruined it by having pudding and cheese.

Talking to another friend that evening I mentioned that we had been to "Poohland". He scoffed - his face a mask of derision and opined; "oh a very middle class day out!". It was only later when I had gone home that I remember his parents used to live in house in Dorset that they named "Galleons Leap"" after The House at Pooh Corner. Hmm a whiff of hypocrisy methinks. I shall bide my time and remind him.

I’ve been walking across Regents Park in London in the sunshine after the show has finished and often retracing my steps later to come back to the BBC to sort stuff out during the day, or meet with friends. My trusty pedometer is showing that I am walking about 6 miles. This is nonsense. I think it needs to be recalibrated as I reckon it is only 3 miles in total. On Tuesday after doing a few household chores I decided to walk along the canal towpath and see where it took me. After about a quarter of an hour I ended up at Camden Lock all very bohemian with lots of second hand clothes and joss sticks. In fact just as I remembered it from my last visit in about 1977.

I’ve decided to hold off buying any new clothes until the target weight is achieved. Bearing in mind this may take some time, it’s going to be a race as I am pretty shabby already. I am going to look increasingly moth eaten so I’d better stick to the diet. 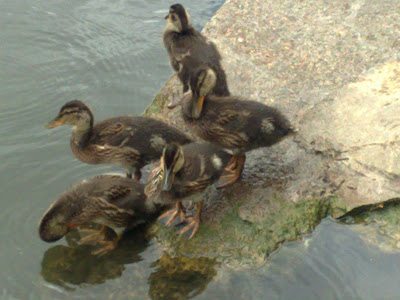 The towpath continued toward Islington which was all very attractive and it was also nice to see those towpath characters you get on the banks of canals the world over. Fishermen, cyclists, lovers and drunks guzzling ‘Special Brew’ in the sunshine. There’s also a fair amount of wildlife and some very odd noises emanating from the aviary at London Zoo. Ducks too - Thweet!

Thursday was not only weigh-in day but I decided to continue with my week of hedonistic pleasures so took myself off to the Excel in Docklands to see the ‘British Motorshow’. Not as grand as the ‘Motorshow’, it still had a lot of interesting concept vehicles. Green and Eco are the current buzzwords with vehicles made out of hemp. I still think that until electric cars can travel as fast and as far as fossil fuelled ones it is going to be an uphill struggle to convince buyers to invest.

Kept falling over kids photographing everything with their camera phones. As is usual with these events lots of "promotional" girls. "Excuse me madam you don't appear to be wearing a lot. Does this have positive effect on sales?" Each stand was a symphony of glass, perspex and chrome, as were the cars. Also, due to the kiddies they were covered in sticky fingerprints. So at least one person on each stand was detailed to dust things down and get the marks off each stand.

After spending a couple of hours there I decided to head back to Central London by riverbus. I walked to the terminal, bought a ticket and waited for the ferry. Three arrived at once and above the roaring of the diesels I didn't hear which one was going where. The matrix sign wasn't working so by the time I had worked out which one was the right one it had already departed. So I had to stand there like a lemon until the next one arrived. They could do with better signposting. It is an interesting trip though and gives a great, and little seen, view of London.

So what's the damage with "Blubberwatch"? Has my weight increased or decreased after the first proper week of dieting??

Initially 14st 2lbs until I realised the scales shouldn't be placed on a carpet, so it dropped to 13st 7lbs. After a week I have lost 4lbs to 13st 3lbs so am now heading in the right direction although it will take weeks if not months to achieve my target weight of around 11 stone.
I am determined. I have resolve. I am hungry
Posted by Alex Lester at 09:30