OH, WHAT A CIRCUS

Dark Lady had managed to get us seats for Paralympics, track and field finals. 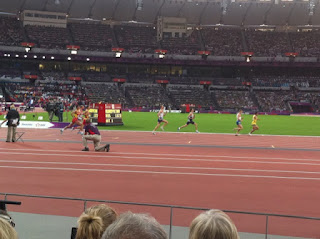 In truth I wasn't all that fussed. Producer Strangelove and I had - like most of the nation - been swept up by Olympic fever. The Paralympics was surely going to be an anti-climax right?

I wasn't sure as we took our seats. A lot of the press coverage and much of the Twitter and Facebook traffic had been of the slightly patronising "aren't these disabled jolly plucky. They are soo brave" nature. I hoped that I would see them purely and simply as fine athletes.

The events in the stadium ran like clockwork. The commentators were excellent and there was never a dull moment. During one of the wheelchair races - the 800m, I think - there was a terrible crash with one bloke ending up upside down and having to roll himself and his chair over and over to the side of the track. It was a Formula 1 moment and I half expected fire marshalls to appear and train hoses on him. 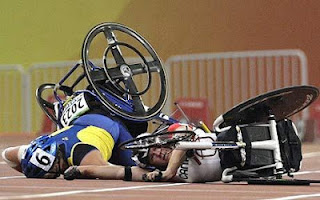 The capacity crowd was roaring encouragement and when Peacock beat Pistorius to take gold in the 100m I thought my eardrums would burst. 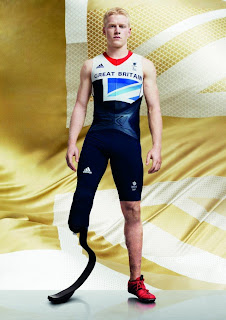 Before we entered the stadium the Dark Lady had taken issue slightly with me when I said I'd probably have to leave about 9pm - before the 100m final - as I had to get to bed.
She can read me like a book.

"You aren't that interested, are you? You never worry about leaving early if we go to a gig "

She was, of course, entirely correct. I had made a transparent excuse. However the moment the events started I was transfixed and rather ashamed.

We watched the world’s best athletes. Some were on wheels and some of them had bits missing. That was irrelevant. They were athletes. Hell bent on winning. The crowd in the main loved them all regardless of nationality.

Obviously the biggest cheers were reserved for British athletes. Yet in events where we weren't represented the winners were still cheered to the rafters.

The only sour note of the whole evening was from a Neanderthal in the row in front who refused to stand for the French national anthem.

How anyone can write off an entire nation in this day and age baffles me. Countries and races are made up of individuals. If we are given to sweeping generalisations and bigotry, then I'd say his brain was obviously tiny like his penis. 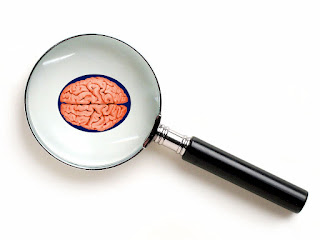 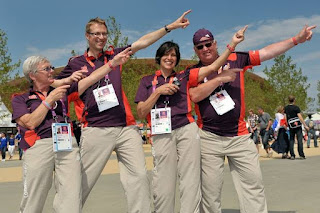 I was totally converted. It was a spectacular and perfect evening.

The best athletes in the world in the greatest capital in the world. With the most amazing staff and volunteers. I felt very proud to be British.

However one thought does nag at my brain. The success of the games was due to competitors and the staff.

Woe betide any politician who tries to claim they or their party was responsible for the Games success.

It was a victory for the people. We should be very proud.
Posted by Alex Lester at 12:02

Yes the success of the games was down to the competitors and staff. But also the crowds who gave their unending support to all athletes no matter what nationality or ability! I went to watch the cycling and Bradley Wiggins at Hampton Court. The atmosphere was electric, overwhelming even. Yes, very proud to be British! We did good!

Can't blame that bloke for not singing the French national anthem, the words are all in French ><

Glad you and the DL are back Alex, you've been missed.

The success of the Games was as you said due to the athletes, the staff and volunteers, absolutely the crowds, but let's not forget the vision of Seb Coe and the organisation of Paul Deighton and LOCOG, who brought it all into fruition.It was as they say "A summer like no other" A triumph!