With Hurricane Isaac still a tropical storm, Key West was beginning to get ready for the worst the elements could fling at them as I went to the airport to collect the hire car to ferry us to Miami and our plane home. This time it was a Ford Towncar Blando Cruiser. Acres of space and gadgets that I never fathomed. 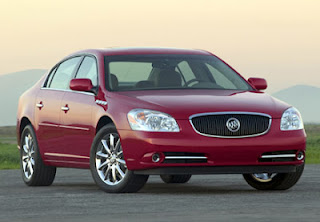 As I went through the paperwork a steady stream of phone calls came in to the desk.

"Yes, the airport is open at the moment. We will be getting advice from the weather service at 3PM as to when the airport will be closing. Probably tomorrow or Sunday." 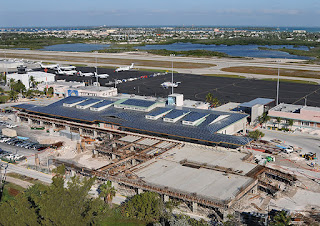 By the time we got back, we were ready to roll. Children all iPad/iPod armed plus other electronic devices once more, in case there was even a tiny chance they would want to look out of the window at the spectacular view.

We saw iguanas, pelicans and then...

Kaboom! The heavens opened and we slowed to a crawl with our hazards on. There was a lot of traffic leaving the Keys, to avoid being stranded by the coming storm we assumed.

Four hours later we were loading our bags at check in. Had they had a note from the airline to make sure we had decent seats after the poor service on the way over? 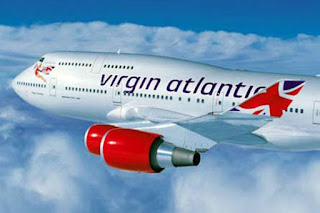 While we waited rain would lash the airport. Flights would stop, then off they would go again.

With three hours to wait for our flight we decided it was burger time. Dark Lady took the orders. 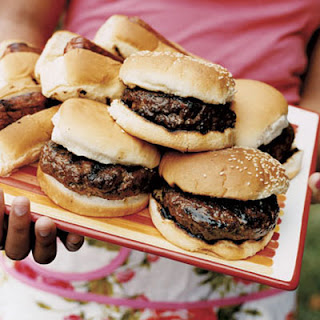 When she returned with mountains of food she discovered the fries were tepid to say the least. Lesser mortals would just shrug and chow down. Not my wife.

A swift, polite but firm conversation with the spotty youth behind the counter and magically hot chips arrived.

Now all we had to do was take our seats for an uneventful trip home.

Once we were in the air we turned our attention to the in flight entertainment. 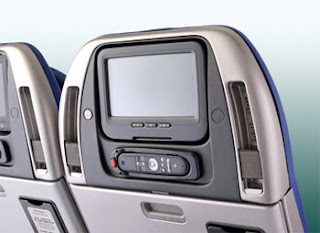 Everyone was busy watching or listening. The children in the row behind were rapt.

OUR TWO SCREENS WERE BLANK!!!

Ours were the only two seats on the aircraft with non functioning in-flight entertainment!

This time it took two nice apologising people to make it work. Ninety minutes it took to crank it up. It was rebooted several times without success until a more senior person gave it a more senior reboot!

All this was going on whilst others were attempting to serve our meal.

What they had done to the chicken to render it so vile we never quite figured. At least there was wine. We rebooted ourselves with a red and a white respectively.

Dark Lady busied herself filling in yet another complaint form in a good humoured yet accurate fashion. I just sat and seethed.

I've had bad experiences before on airlines but not on this scale.

After this trip we did come to the conclusion that after using them as our airline of choice and DL's company using them for business for some years, next time we were going on a long haul trip we would make a different choice!

We were half an hour late arriving, which wasn't bad considering the weather delays at Miami.

There was only one thing left for me to do, and that was to hand over the tacky T I'd bought in Key West to Producer Strangelove. 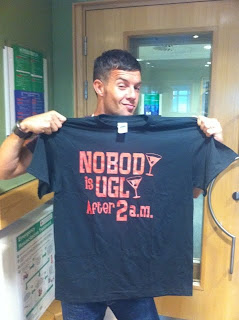 Alas comming home from a holiday is never fun, always next year though.
Love the sentiment on the T-shirt and I agree with it entirely!
Have to say the Dark Ladies' quiet efficiency puts me to shame.

Have only just got back to the UK after a month in the States (didn't log on once!) and saw this. So glad we didn't fly Virgin ... we chose Delta which was brilliant for all the various travel legs, and we got about a bit. Can recommend for future trips.