With just over a month to go til D-Day (Departure Day), I am beginning to get out to look at flats. I have signed up with various estate Agents who keep telling me that everything is moving fast and I have to act now, although there seem to be a large number of vacant properties they are enthusing about.

Even though I am not going to be in a position to move for at least four weeks, I can't afford to pay two sets of rent. In other words where I am living at the moment and then the new place. I shall just have to go from one to the other. 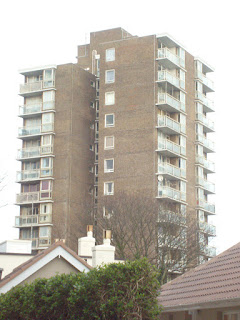 We have agreed a maximum price, yet they keep taking me to places way over my budget. Some very nice places too.

"I can't afford this place and I'm not in a position to pounce on it just because you think it's a bargain and it will be snapped up!"

"Well, the owner may take an offer for a lower rent if it's still not occupied in a couple of weeks."
Hmmm, I wonder if I'm being spun a story here? Agents male and female seem to be universally young and posh. Perhaps they think I'm a... er... um... a "pleb" 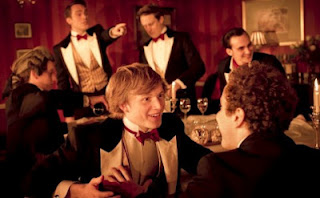 I have seen some nice places and some rather odd ones. We wheezed our way to the fifth floor of a terrace to find the ceilings so low I could touch the roof with the flat of my hand. There was a basement - sorry, "garden" flat - which boasted a bedroom with no windows at all and smelled strongly of dry rot.

"I thought it was just the smell of the occupants"

"Still, if they had rising damp that could easily be cured by a chemical damp course being injected into their knees. Dry rot is more difficult to treat so we may have to burn their clothes."

"I think it's time I was back at the office"! 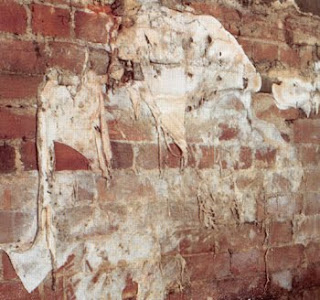 I was then taken to something within my budget. Top floor of a run down terraced house, the common parts reeking of stale cigarette smoke and B.O. It was above a shop which manufactured two for the price of one dentures, so if my teeth ever fell out I could just pop downstairs and get fixed up. Or maybe you had to leave your teeth there for an hour whilst they copied them.

Still, a BOGOF is never to be sneered at even if it is for false choppers. Think. You could have one set for weekends or Sunday best. Or maybe one set for meat and the other for veg. Although, this approach would cause a heap of trouble at dinner parties. You would have to lay one pair on the side plate and keep swapping them every few bites.

Still it's no dafter than some of the more ludicrous table etiquette. For instance, why does the port have to passed from the left (or is it the right)? Surely just politely request it rather than going through all this stupid ritual? 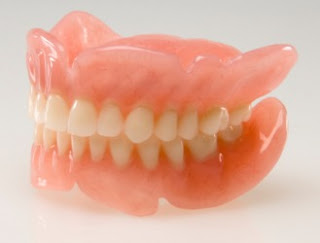 Monday evening and it was to the Mermaid Theatre in London for a fantastic evening - The Beach Boys in Concert for Radio 2. A real privilege.

Dark Lady and I had seen Brian Wilson "Reimagining Gershwin" with a superb band last year, the second half of the show being a medley of Beach Boys hits. How would this sound in comparison? 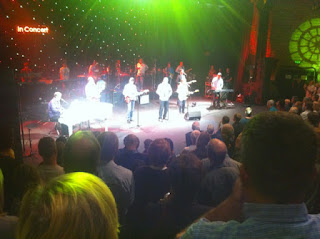 It looked to me like the band had been augmented by Brian's own band. There were thirteen or furteen of them on stage in total. It was sublime. The harmonies make the hair on the back of your neck stand up.

Dr Strangelove was also in the audience and got quite teary. There were so many hits back to back that it got to the point that I thought they'd already done some of the songs earlier in the set. It was the simple fact that these two and three minute masterpieces have been part of my life since I was a very small child. I have posted some videos from the night on my Facebook page which you can view here.

I have a real treat in store later this week when I am taking the Dark Lady to the Royal Albert Hall to see one of her favourite bands. I've managed to secure a couple of tickets to see The Beach Boys!
Posted by Alex Lester at 10:03

Oh the joys of flat hunting. It is amazing how bad some places are! Sadly, the best are usually out of the affordable range OR in an unsavory / noisy location.
The "snapped up" places are usually the ones they can't get shut of!
Happy house hunting Alex ... glad its you not me. He he.