After the shoe on Friday it was into the car and to Wolverhampton to catch up on my flying. Another 50 mins solo achieved so now I only have 2 more hours to do before September 22nd to keep my licence. 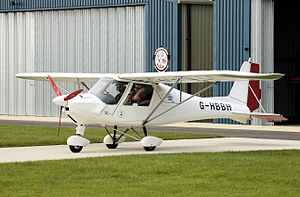 Where does the time go? I only had to do 12 hours over 2 years after passing my test, the last year having at least 6 before a check flight with an instructor. Suddenly a couple of months ago I realised I was more than 6 hours shy.

Steve - who taught me and is now a good friend - is a long-suffering guy teaching the two disciplines. Three axis fixed wing. The sort that I fly. Also flexwing. Where you sit outside and so need helmets gloves and suits. This technology plays merry hell with his head. 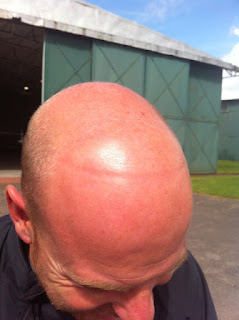 After the flight it was off to Walsall to see my Dad, Sister and brother-in-law. Then to Oxford for another DJ Nerd night. Lot of fun. Most of the familiar faces where there. 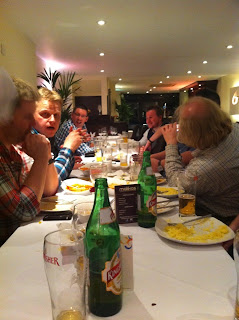 The talk was as usual jingles, obscure TV shows and scurrilous gossip!

Normally we meet in a pub, have something to eat then try and find a pub to round off the evening. This usually involves a deafeningly noisy packed boozer, plus a lot of standing on the pavement making up the collective mind. If we were bees nothing would ever get pollinated. 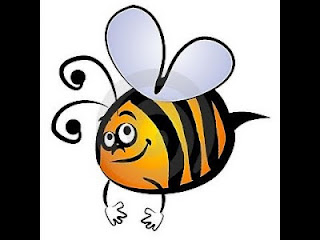 Last Nerd Night in Birmingham we found an horrendous boozer. Lots of excitement emanating from the Gents toilet when it was discovered a bloke and a girl indulging in a spot of…Well, if they were in a 747 people would talk of the "Mile High Club". In this case I suppose it would be the "8 pint". Or the "19 WKD" club!

This time we found a relatively empty pub. Had a couple of relatively quiet pints then bed. (Alone).

Saturday and it was off to Hastings for a charity event. The AGM of The League of Friends for S. A. F. E (Charity number 1073504, if you fancy making a donation).

They provide respite care beds as part of the fabulous work that St Michaels Hospice do.

I had to be there by 4pm. I rolled up at 5 to..... To discover it should actually have been, er, 3pm. I was an hour late oops! There then followed a suitable period of grovelling by the President (me). Hopefully I made amends. Huge apologies to everyone who sat kicking their heels til I arrived.

Sunday and it was back to London and my gorgeous wife. I don't think she had moved from the settee. She is glued to the Olympics. It was the tennis. She gamely tried (and failed) to teach me the scoring system before we went out to meet up with friends and have something to eat before heading off to a tiny cellar to see the excellent Edwina Hayes, who kindly sang at our wedding.

She just gets better and better. She is also a wonderful raconteur. Her gigs are like a gathering of friends. If she appears near you, go see her. You won't be disappointed. 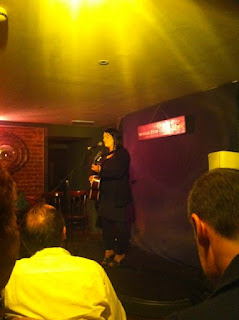 Then 90 minutes in bed before shoetime and the week started again
Posted by Alex Lester at 13:46

Not sure what you were talking about re planes but seriously impressed that you're nearly a pilot! Watch out!!!