The plan was to spend three days in Orlando at the amusement parks, then hire a car and drive the four hundred miles to Key West for the remaining ten days of the trip.

The children wanted to visit the Harry Potter attractions in particular. To that end I had sat through all eight of the films, so I would be conversant in the ways of warthogs and its various houses and owls. In order that we would minimise the queues we had to get there for the opening, which meant getting up early. The thought of rousing two teenagers at the crack made my heart sink. However, they were up, dressed and raring to go. Dark Lady was too. It was just her rather reluctant husband who would rather have remained abed.

"Don't spoil it Alex. Don't spoil it." The words ran round my brain. It was for the children. So attaching a grin to my face, I made ready. 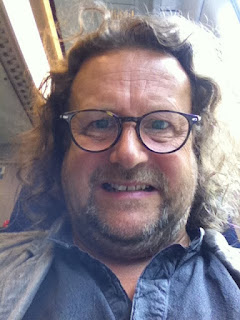 I think I was expecting a sort of fairground ride of the type I endured as a kid. Peeling paint, missing lightbulbs and surly gum-chewing bequiffed tattooed staff.

Nothing could be further from the truth. Oh, apart from the tatts. America is the world tattooing capital. Even infants have sleeves of ink or so it seems.

The whole place was a revelation. The attention to detail was incredible. There were animatronic owls with real guano. The pictures spoke to you. The wand shop with the help of the shopkeeper chose a child's wand. There was disgusting butterbeer for sale (it really was vile). In one shop the angry book with teeth growled from behind its bars.

The only downside was my dislike of "rides". Try that again. The only up, down and sideways were the rides. Every themed attraction on the Universal lot seemed to involve being upside down for a considerable period of time. I'm not scared, it's the motion that makes my stomach turn over.

We whirled our way through Spiderman, The Simpsons, The Cat in the Hat and Dudley Do-Right's Rip Saw Falls. Or was it Popeye and Bluto's Bilge Rat Barges? I forget. I chickened out of Dr Doom's Fearfall and The Incredible Hulk Coaster - check out the video on my Facebook page.

Two days at Universal and a day at Disney and I was all parked out. We were staying at the Hard Rock Hotel so the place was stuffed with memorabilia.

"Look kids, Dick Dale's Fender Stratocaster. He imitates the sound of the surf with his guitar." 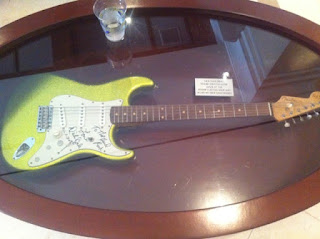 Still, the food was good and they had beer. 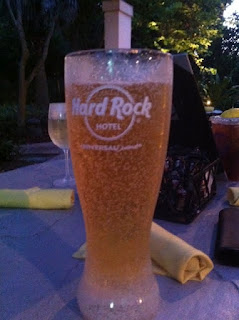 Did I enjoy it? Yes. Did the children? Certainly. Did the DL? Definitely. Would I do it again? If the choice was mine, no. However I can honestly say I had a great time. 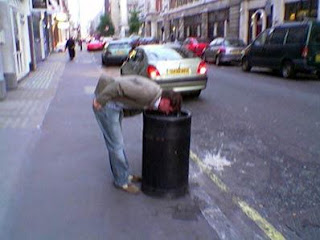 Glad things improved for you.
Admit I am not a fan of theme park
type rides either, not sickness, just scared!