Exciting showbiz weekend kicked off on Friday with Pete the plumber. It had occurred to me that I'd not had my central heating boiler serviced in a while. It works fine but safety considerations and also the thought that I may be burning more gas than I needed to informed my decision. 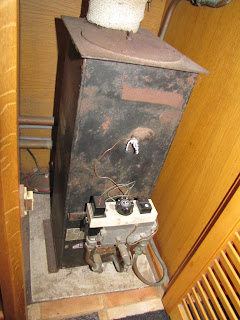 The last time I had it done I'd turned the boiler off for the summer to save the gas burned by the pilot light. Come September I couldn't get the beast to light. Condensation had corroded the pilot light hole. So it cost me about £100 to save £5 worth of gas!

Seems the heating machine is on its last legs but still could soldier on for a couple more years.

"Bet your gas bills are huge with this old thing!" said Pete.

I told him how much my annual bill was.

"Blimey. That’s not it bad actually" he said.

I thank my upbringing for my resistance to cold. My parents never had central heating and my childhood was marked by visible breath and ice on the inside of the windows. So I don't have the heating up too high normally. 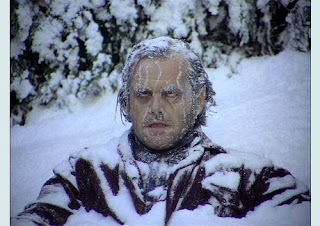 Dark Lady was due to join me in the early evening after work. In the meantime I set out to the Conquest Hospital to hand over some long service certificates to a couple of fine volunteers at Hospital Radio Hastings. Then I sat and droned on for 90 minutes to a rapt (OK, shell shocked) audience of volunteers. They had been warned but somehow couldn't think of an excuse or were unable to flee quickly enough before the door slammed shut and I started to talk about me favourite subject.....MEEEEEEE!!!!! 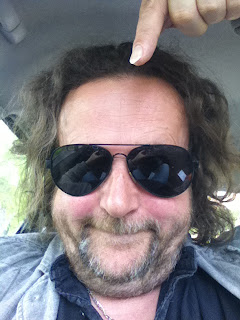 After I left a stunned audience behind I hurried to the railway station to collect the Dark Lady and we headed off out to our favourite Chinese restaurant for crispy duck and prawn toast.

Saturday and with the sun shining we decided to go for a walk. DL fancied a trudge along the sea shore from St Leonard's to Bexhill and maybe back again depending on how we were feeling.

Dark Lady also wanted to visit Bexhill's newest landmark. New in terms of it being put on the map rather than it being a recent addition to the townscape. We're talking the Sovereign Light Cafe as referenced by the band Keane. As kids they'd cycle from their homes in Battle to the cafe . 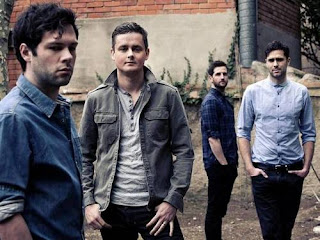 It obviously made such an impression on them that they named a track off their last album after the location. 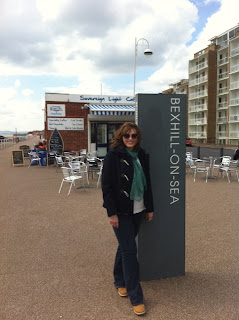 So we did have the tea. Two generous mug fulls. However we also had tuna sandwiches and chilli con carne which filled a hole and gave us a burst of energy so we strode out in the direction of home and made it back in no time at all. Frankly there's little that can beat a walk along the sea shore on a sunny afternoon.

We reckoned we'd burned off the calories by the time we got back. Then it was off to the pub to meet our friend and Best man, Clive.

I got the first round in.

"Where are the snacks?" trilled the DL prettily.

"Snacks? You wanted Snacks after a tuna sandwich?"

"We always have snacks in the pub"

Good point, we do. I was applying guy logic. After eating (for us) a large lunch do we really need crisps and nuts to accompany the first round of drinks?

Of course we do! 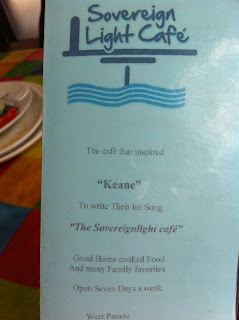 Hi Alex, I laughed at your frugal use of "heat". I can agree with that as not having central heating when I was young; my grandchildren moan about my cold house although I have central heating and a big wood burning stove, but their house has underfloor heating and is like a hothouse 24/7 365 days a year!! What a difference a few years make.