Dark Lady and I head off to France for the weekend from time to time. Being in the south of the country. It's fairly easy to do and mile for mile and minute for minute it's easier than heading to Scotland.

However we are already planning a trip north. So head for the hills!

Trouble is due to the constraints of time our lives are spinning by so quickly. Too many great places to go and too little time. 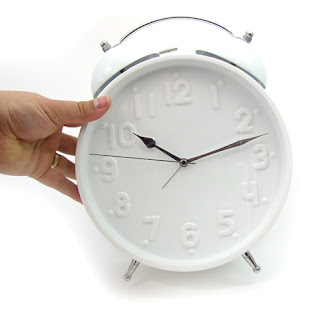 Not so long ago we hired a van. The deal being we set off from the studio first thing after the shoe and head for the channel tunnel. Hop across the channel and then head west. The whole journey is around 300 miles and we arrive rather ragged but elated around 8 hours after leaving London.


I'd booked the crossing with our short wheelbase Transit. According to the woman on the phone we were only allowed to go freight. What this meant and trucker types I sympathise. We turned up and had to wait ages before we were allowed on to the train. Rather than book a particular crossing. We also had to board a coach which took us to the front of the train where there was a passenger carriage for commercial drivers. Normally you remain in your vehicle. 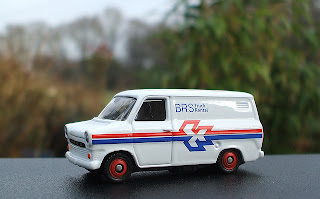 It felt a little strange the DL was the only woman in the carriage. Lots of European drivers stared at her which made her feel a little uncomfortable.

As I mentioned on the show the other day she has a very attractive slight olive tinge to her skin.

On one of early dates struggling for the right words to tell her how gorgeous she is I plumped for "swarthy"! I've not lived that one down yet I can tell you. 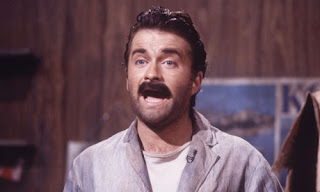 I think they were thinking she may be from somewhere further south than Enfield.

As a businesswoman she knows a deal from a lemon and couldn't figure out why we were being forced to go freight when we were stuck in a long queue as larger vans than ours were gaily driving straight onto the passenger car trains.

On our return I phoned Eurotunnel and complained. They immediately apologised and admitted we had been misinformed so offered us a discount on our next trip. So this time we were setting off in our van on a Channel crossing for the princely sum of £7!

No such mistake this time. We arrived and were ushered straight onto the train. A few minutes later we were heading west with a van full of furniture.

When we arrived my eye was feeling rather gritty. I assumed it was due to tiredness as it had been a long day and a long drive.

"Looks all right from this side"

Retorted her hypochondriac husband secretly worried that he'd have to have it removed and be forced to wear a raffish eyepatch like a pirate. 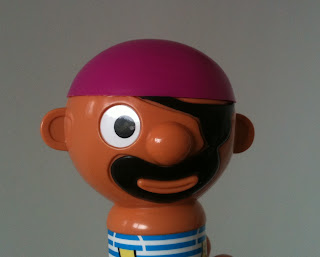 "Conjunctivitis" She diagnosed. She is a former nurse so knows this stuff.

We trooped off to the pharmacy for some eye drops.

"I think it's getting better" I whined.

"It doesn't look it from here" I persisted.

We explained to the pharmacist what we required. I think she diagnosed the problem just by looking at my gurning face as I explained in my terrible French that I was going to end up looking like Long John Silver.

By the time we'd driven back to the house it was beginning to feel a bit better. In fact by the following day it had improved considerably.

Anyone want to buy some French eye drops. Never been used?

As it rains constantly in this part of the country everything gets soaked and covered in mud. The washing machine is in an outhouse as there's no room in the kitchen. I hate running it half empty so I order to make sure I get a full load it's all off and out into the rain.

I usually wait until after dark for fear of terrifying the neighbours. 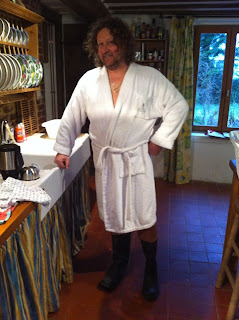 This may also explain why the French regard us as a little odd. They can be very elegant.

Although judging by the picture I think I carry the wellingtons off pretty well!
Posted by Alex Lester at 20:44

ehh - yes, looking at that bathrobe, I can see why the French think you are a bit made. But glad to hear you are heating for Scotland sometime, try to get to the Wickerman Festival - well worth a visit - leave the bathrobe at home tho!! :)

You look "fetching", in your bathrobe. If you are heading for Scotland don't forget to have a look at the boarder area,often forgotten as people just tend to pass through it. There are some beautiful places there.
Spent a lot of my childhood in that area,fond memories.