Ok maybe a mite premature. However in our family there is a point in the year when we know for a fact that summer is on its way. It's the first barbecue of the year. 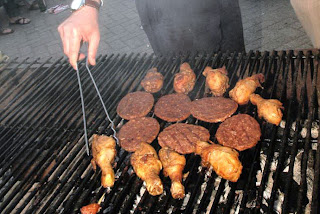 As a kid we never did BBQ. My Dad never understood the attraction or allure of eating outside.

Can't remember his views on picnics either. We had quite a number of those which were like so many of yours no doubt. Each one was a nature ramble as they coincided with the discovery of the sheer variety of wondrous biting stinging itching buzzing germ ridden. Or just plain annoying insects that exist outdoors.

One of my best mates Clive summed up picnics thusly:

"Pull up a dog turd. Sit down and wait for the ants to arrive". 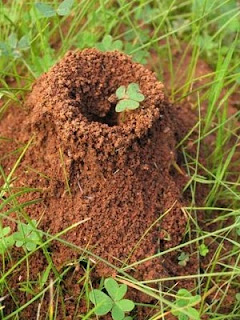 I don't know what prompts us to dine al fresco in this country. Perhaps deep down in our DNA we are more closely related to our Southern European cousins than we care to admit. We are trying to recreate that communal eating experience in warm sunshine gazing out at an azure sea. Rather than huddled together on a damp field in the drizzle with the drone of motorway traffic in the distance.

However that's the way we have to do it in the UK with our bizarre weather patterns.

Easter weekend is usually regarded as the start of the "season". Not entirely sure what season exactly. Where I live in Hastings it coincides with the arrival of the day trippers. The funfair opens its gates and children appear covered in the first of the years candy floss. An ant magnet if ever there was one.

Dark Lady and I had a very restful and fun weekend we trudged along the beach and sea front from Hastings nearly to Bexhill and back. Had a few drinks with friends in the pub on Friday evening. Saturday we strolled to the old town up onto the west hill near the castle and stopped off and bought a couple of crabs so I could prepare my signature dish of dressed crab. It's the one thing I can do that the DL hasn't mastered as I guard the secret vigilantly!

She can cook and prepare anything else but crab. 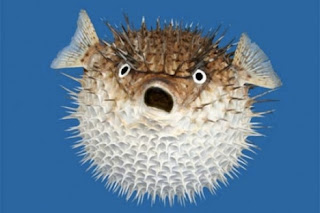 Soon she is going to discover the secret that anyone can do it!

Holiday Monday and it became officially British summer time as we went to visit our good friends Fran and Greg and their family.

Just as Punxsutawney Phil predicts spring each February from his home in Gobblers Knob Pennsylvania made famous in the 1993 film "Groundhog Day". 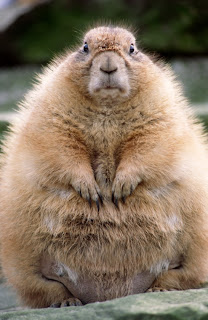 Greg's first BBQ of the year from Hammersmith in London heralds the start of summer in our calendar.
He'll be the first to admit it’s not an exact science. We sat inside in the warm whilst he took orders for delicious juicy steaks outside in the garden in a thick overcoat and a scarf.
Just as Eccles from the Goon show was spied sitting in his swimming trunks on a deck chair as the snow fell with a thermometer in a hot water bottle "in case he froze to death".

However from where we were sitting in the warm centrally heated house it sure felt like then start of summer to us!

I'm looking for a quality website such as alexlesterspersonalblog.blogspot.com to place some advertising on your site. You will be pay to display advertising.

Let me know if this is of interest and we can hopefully come to some agreement.