You may have noticed I had last Friday off for a long weekend, with the estimable Tommy Sandhu sitting in.

"Off again"!
"He's hardly ever there"!
"BBC paying him too much if you ask me"!
"He has more holidays than that Wogan/Evans/Wright… combined!"

It's been arranged for some time. I had a couple of unscheduled Fridays recently due to the death of my mate Clive which I hope I'm allowed.

So it was planned that the Dark Lady and I head off to France on Wednesday evening in her car containing my stepdaughter Ella and her friend Sophia.

Following close behind would be Barry and my stepson Jamie and his friend James.

Barry is the first of the DL's husbands.

Before you think we are heading into Zsa Zsa Gabor territory er "Darlink"! I am only the second (so far).

"But isn't that rather weird?"

No not really. He is a top bloke and we get along very well.  There was a gap before I happened along so we are not in the throes of an Eastenders like love triangle. 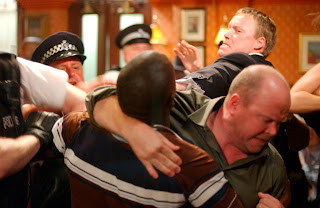 It has provoked some odd looks and comments in the past though.

A couple of years ago Jamie clonked his head on a window sill at a mates house. So we all hurried to the hospital to find him sitting with his Dad and a bandaged head.

"Who are these people?" The consultant asked to ascertain if he was concussed.

"What about your stepdad"?

"He lives somewhere else"

"So your Mum and Dad live together and yet stepdad lives somewhere else."?

"Why don't you live with your stepdad?"

"Cos he's always in bed and we'd wake him up"

I half expected to have a visit from Social Services after that.

Another time Barry was in hospital for an operation and we were all crowded round his bed. All four, well five if you include the patient. 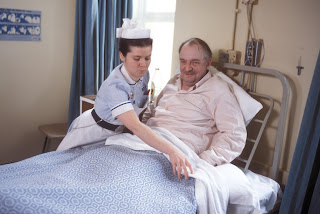 "Who are all these people?" asked the bustling nurse. (Editors note. Nurses always bustle).

"I know it's like a soap opera" he added.

"So we're all going to France for the weekend." I said to a mutual friend.

"ALL of you? Won't that feel a little er weird?"  What happens if you want to er you know er well you know...."

"I don't think we'll be inviting him to watch if that's what you mean!" I quipped.

"NO THAT'S NOT WHAT I MEANT!"  She replied sharply.

I shall return to the rest of the weekend in a future blog if I remember.

I'm not usually given to commemorate celebrity deaths either here or on the show.  I find them rather mawkish and they are usually covered far better on other programmes and in the news.  I was in local radio the day John Lennon was shot.  By the time my afternoon show started at 3pm the earlier guys had played just about every Beatles and Lennon track they could find apart from Revolution 9 and Working Class hero. The bloke on before me not being the sharpest tool played a song by Wings as his tribute. 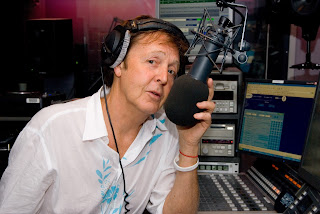 So to the passing of Sir David Frost.  I met him once when I was a fresh faced student.  One of the other people on the course revealed he was his uncle. So we very excited to all get tickets to see an episode of his discussion programme "We British" being recorded and then a quick chat with him afterwards.  He was very nice as I recall with a very swanky blazer and an expensive cigar. His nephew Bryan also revealed that his uncle had given him his old bed. Bearing in mind his lady killing reputation, we virginal teenagers could only guess at what had gone on.  I'm sure Bryan's eyesight was poor and hair grew on the palms of his hands. 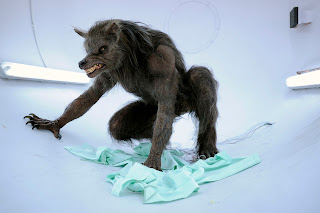 As you are aware the lovely David Jacobs died this week.  There have been fulsome tributes in the press and on the radio.  I only knew him personally through Radio 2. He was not only a brilliant and unique broadcaster. Of which there are so few instantly recognisable personalities now if you tune around the dial. He was also such a nice man.

He had a wonderful store of filthy jokes, made all the more delicious by his unique voice and delivery. He was also terribly kind to youngsters like me… as I was then!

"Alex. Give me your hand" he would say when I saw him which he would grasp warmly.

"You know when you stand in for people. I don't miss them". He once said to me.  He may have just been being kind.  However I cherish those words.

"What's your favourite musical?" he once asked the assembled company in the BBC club bar one day (it's funded by subscription not the licence fee incidentally). He was like a very well dressed walking encyclopaedia.

"Guys and Dolls, Mack and Mabel, South Pacific" came the various replies.  He nodded sagely and would deliver a little or unknown fact about the various productions, discussing the various merits of the casting and the score.

"What about you Alex"?

"Well frankly David I don't know a lot about musicals".

He will be missed by all his many fans and colleagues. As well as his close friends and family. We shall never hear his like again. An era has passed.

I have a guilty secret: Once when I was sitting in for Ken Bruce he popped into the studio with a piece of paper.

"Friends of ours are celebrating their ruby wedding anniversary. Could you give them a mention"?

"Of course! With the greatest of pleasure."

When the show finished and I was clearing up.  I found the dedication. I had forgotten to do it!

David I hope you forgive me. 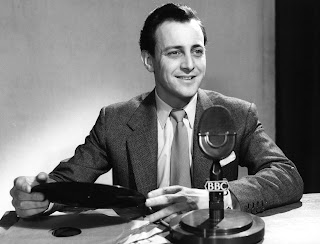