HAD ME A REAL GOOD TIME

Memorial bash for my best friend Clive last Saturday night. Been looking forward to it for a few weeks now. Not only because it was the commemoration of wonderful man but also it would perhaps give us a little bit of "closure" to coin a cliche concerning his untimely and sudden death at the tender age of 57. 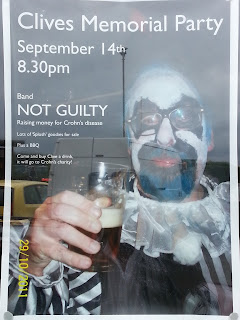 Social media had been tweeting and face booking. Posters were up. The local paper had devoted half a page to the event. 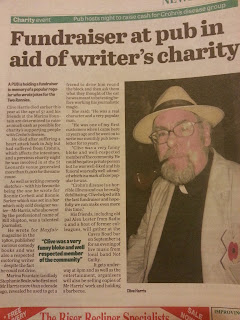 A band had been booked and a BBQ organised at his favourite boozer, The Marina Fountain in St Leonard's on sea.

The whole event was a charity do with the proceeds going to Crohn's disease - a particularly nasty intestinal condition from which he had suffered for twenty years and had a profound impact on his life.  It being a condition of the "underpant department" we Brits are not very keen on taking about it so it can get overlooked in favour of the more fashionable unpleasant conditions.

We first went to this boozer in 1986 and had been going there occasionally since until about ten years ago when Clive started going there regularly which coincided with the new landlady Stevie took over and us falling out for a few months and not talking. Silly now to think of it.

He quickly became the life and soul of the place. Contributing a monthly newsletter of information on the bands that appear there every weekend the other community events and scurrilous gossip about the regulars.

We'd all been asked to bring photographs of him. There were dozens. Many of him in fancy dress  as the pub held many such do's over the years and he could always be relied upon to find an appropriate outfit.

However much to his credit he rarely dressed as a woman, we've mentioned this many times on the show. Someone says "partaaay" and the men immediately get the frocks out. Rarely Clive.

Two of his friends Terri and Neal even brought a carefully constructed life sized picture of him so all evening it looked like he was there just leaning against the wall drink in hand.

I managed to find six: Three of him as a 23 year old and another three from my wedding to the Dark Lady in 2011.

They were duly nailed to the bar.

As well as being well known as a comedy writer, his finest moment writing the "Real water" sketch for the Two Ronnies.

Watch the sketch by clicking here

In other circles he was also the guru of wet and messy fun!


He invented a fetish called "Sploshing", which - through his creation of magazines, videos and latterly websites, quickly spread around the world attracting thousands of enthusiastic disciples all eager to fill their knickers with custard! 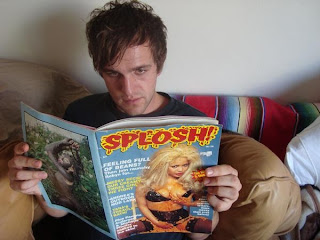 It was slightly disappointing then that - despite a good turnout - very few of the Splosh fraternity
were there.  A shame as they would have met Sammy-Jane, a long time model and Splosh actress who kindly agreed to sign all sorts of related merchandise which raised over £100 by itself.

The Dark Lady busied herself  along with Stevie who rushed around collaring people who were only too happy to cough a couple of quid for a magazine a DVD or one of his books.  I even helped the fundraising by auctioning a couple of autographs and pictures!  Although this honestly wasn't a great help towards the final total but it was terrific to meet you and was a great ego boost.

The contribution we made to the evening was the commissioning of a cabinet and plaque containing a pair of his fancy dress shoes. They are going to be on display so go and see them. 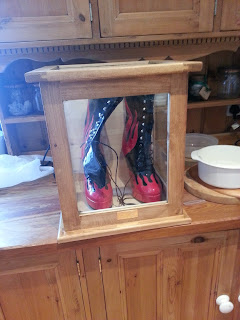 By the time the band finished their first set we'd been there some time whooping it up. So when I was called to make one of my legendary "short but cheerful" speeches. I was steaming gently.

I bounded onto the stage and addressed the increasingly baffled throng.

Can't really remember what I said however it was emotional. It was from the heart and it was probably nonsense:

This is my admittedly probably faulty recollection:

I sensed I was losing the crowd at this point so upped the rhetoric:

Well it worked for Martin Luther King. Perhaps not in a pub in St Leonard's on sea though.

"I promise if elected to reduce income tax and fight for the provision of a free mangle for every household with children of school age"!

Now I was just bellowing incoherent nonsense at the slightly uncomfortable crowd. Although I did notice a couple of heads nodding. Politics is easy!

"This is not the end...nor is it the end of the beginning.....it is perhaps though the beginning of the end"!

That's it, Alex. Give em the full on statesman routine. That'll wow em. 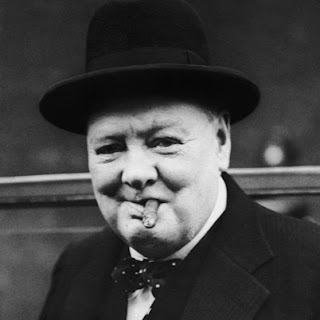 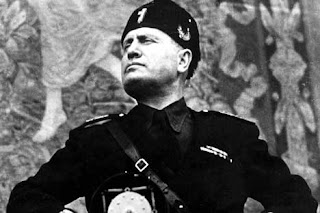 Better bring the speech back to some sense of taste decency and decorum. Do the thank you's and get back to my pint and the Dark Lady who by this time was hiding behind the Stillie cabinet cringing with embarrassment....... I now go cute 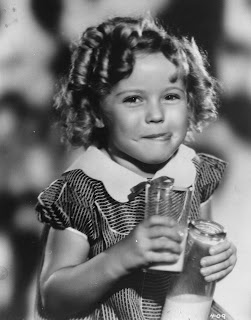 Nope this is getting embarrassing. Just thank people and leave.

"Thank you band and people who in and and you not in band and standing there. Also charity thing good thank too. Thanks munny giving thanks Clive. Bill as you know Ronnie Splosh."

This was getting worse I was now sounding like a horribly drunken Star Wars character. 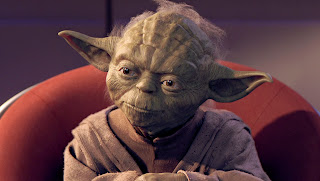 I lurched off the stage.  My lovely wife then took me home and put me to bed.

The following morning I had a horrible nagging doubt in my mind....

"Did I thank Stevie"?

So for the record:

Thank you to you for all your time and effort organising a fantastic evening in memory of a wonderful and hugely popular man. He is going to be missed by so many.

Due to the brilliant work by you and your staff and the generosity of the customers. Many of whom were Clive's friends  Crohn's UK is better off the tune of £1939.25!

Thank you and see you soon.

It was a pleasure to work with a star. Although most of my customers are comatose at the hours your on the radio, due to me pouring alcohol down their necks on a school night! catch up soon x