26 years! My time (so far I hasten to add) at Radio 2 has flashed by. The pudgy fresh faced youth that arrived here in the summer of 1987 has given way to a pudgy slightly more weathered middle aged man. However despite the passing of the years I still have all my own hair and all my own teeth. OK I lost half a molar 17 years ago biting into a kebab but with a little invisible mending you wouldn't know. 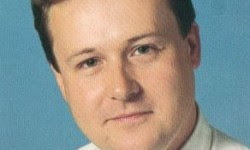 When I first arrived I'd been a DJ for over ten years so it wasn't exactly new but it was big. It was important. It was national. It's what Radio presenters dream about. It was the Man U of the wireless. I say wireless. For back then Radio 2 was a very different beast. I was too young for the demographic. By nigh on 30 years.

It meant that when I was on the air presenting programmes such as "Nightride" or "The Early Show". It was very difficult to know what to talk about. I couldn't talk about my life otherwise I'd sound like the audiences grandson. Nor could I pretend that I had their life experience. 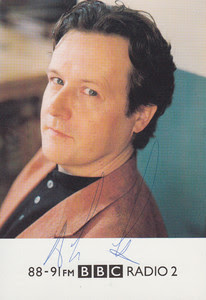 "Remember the Blitz?" would have sounded ludicrous coming from me.

The language we used would also have to be tailored. We never used the term "gig" for when we went to see live music. It was "concert" or even "recital"!

When I first started at the BBC. There was a firm ruling:

"Do not mention alcohol as some listeners do not drink and may be offended"!

My first show came about sadly as a result of the lovely Ray Moore being taken ill with the cancer that killed him at an early age. It was bittersweet that the start of my national presenting career coincided with the end of his. He was unable to continue and so the schedule had to be reshuffled at the 11th hour. I was around and on I went. I was terrified. Well outside of my comfort zone. I have the cassette of it somewhere and more than a quarter of a century later I still can't bring myself to listen to it. 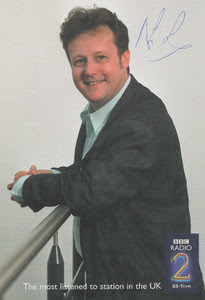 After that I started to do shows on a regular basis, alternating between the after Midnight slot and the early morning show which I do now. Then in 1995, huge ructions. The BBC decided that it would be good to move my show (as it had now become) to Birmingham.

This was an upheaval. Do I sell up and buy a house in the Midlands or stay put and commute? I chose the latter and for 10 of the next 13 years I lived on a canal boat. I was closer to my parents and sister and brother in law so there were advantages. It also meant I got to see my Mum a lot more over the last years of her life. 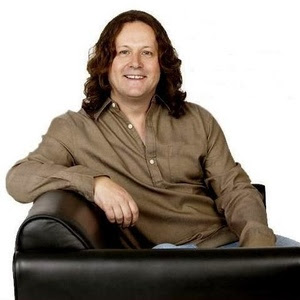 Then having sold the boat and moved into a house. The phone call came...

"The Controller wants to see you. I can't tell you what it is about"!

What would it be. A higher profile show? The axe?

"You're coming back to London"

So in 2008 I upped sticks and moved south once more.

By this time and since our move to Birmingham 13 years before there had been a seismic shift in the target audience coupled with my advancing years. The music changed. It started to reflect my own tastes. Stuff I had bought rather than my parents’ generation. The language changed. We became more informal. You could use the word "gig" without the management having an attack of the vapours. In fact we used a whole lot more words and began to sound like the person you would talk to over a pint in the pub. We could even mention the pub without fear of a deluge of complaints from the offended. (Although I can't recall ever having a complaint along those lines anyway).

Then in 2011 another change. The shows production was put out to tender. It would no longer be made by the BBC. I had no say in the selection process but to my great delight to was won by Wise Buddah a company who make a number of shows for Radio 2 such as the Terry Wogan, Johnny Walker and Michael Ball programmes. So I was in pretty exalted company.

Looking back over the last 26 years I've been very lucky.

I got to spend time with me old Mum. When I came back south I met the Dark Lady who in a moment of aberration agreed to become my wife and I get to fool about and play nice tunes on the radio.

For a boy from Walsall who started out as a filing clerk at the D.H.S.S I know I've been very lucky. OK so I've not exactly set the TV world alight. Maybe it would be nice to have a higher profile time slot. However with age comes wisdom...(even to me) and I've learned you can't have everything.

I can still remember those long tedious hours filing Case Papers in A-L. I didn't even have the whole alphabet to go at! 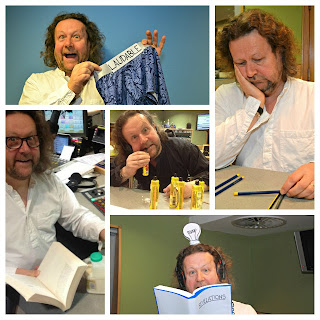 In general I've worked with many kind clever and talented production staff who have added a lot to the shows I've done and continue to do so. Dr Strangelove has moved on and is missed. Jade the Unnatural is doing a brilliant job and will move on soon herself and will also be missed.

I have every confidence that between the two of us, myself and the new person will continue the tomfoolery and the tunes. In many ways it’s now more fun to do the show than it’s ever been. As long as you are up for it. We most certainly are.

A huge thank you to you for listening and taking part. 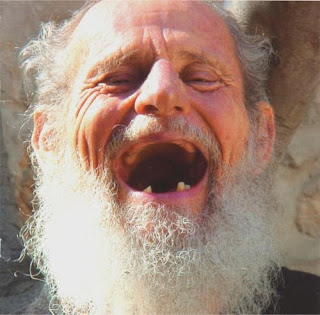 Whenever anyone writes anything like the above. Pimply Herbert's on message boards put two and two together and come up with the following:

In response to these rather overexcited posters.

Then in response to the following cyber mutterings:

"We'll they always say that. I've heard from a "source" (imaginary). That he's going/Ill/fired/abducted by aliens"

THE ANSWER IS STILL NO!

Not saying I expect to do another 26 years. I have no reason to think that I'm going any time soon and as far as my health is concerned. I think (hope) I'm good for a while yet.
If you are up for it lets continue to Ride the Night Horse!
Posted by Alex Lester at 18:00

You're a legend Alex. Please stay for another 26 years - to say I couldn't get through the night without you sounds a bit suspect, but so true....... and weren't you cute when you were young now you're mature you are still a cutie :)

Yip, I'll sign up gladly for another 26 years of you on Radio 2 Alex.
Re: higher profile time slot,you would probably find your choices in music and subjects, shall I say,"cramped," a little bit.
Pleeese stay on the 2- 5am slot, it's a fantastic time of the morning to listen.