Home after a gruelling week at the coal face. (Ok ok. Home after lightly pressing a few buttons and doing a few fart gags in between the tunes). 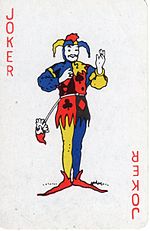 Dark Lady and I are in homemaking mode which actually means.

"I think you'd enjoy your house more if it was tidier "

So this time i decided I would set to and actually try and clear the backlog of CDs that are littering the floor of the spare room and actually stick them on the shelves.

I love music and adore my CDs and vinyl. However keeping some semblance of order can be a little wearing.

I'll go into the spare room stick half a dozen back on the shelf alphabetically and then be overcome with a tremendous wave of tiredness and will have to go back downstairs to watch some more TV. Last Saturday was going to be different.  I was going to make a big impact on the growing pile.  First I roughly alphabetised the stack of discs that had lain on the bed since around march last year.  This makes it easier to be in one place placing them back on the shelves instead of having to pace from place to place bending and stretching to file them correctly.

However what I needed was music whilst I worked.  So I selected an album and placed it in the slot and pressed play. 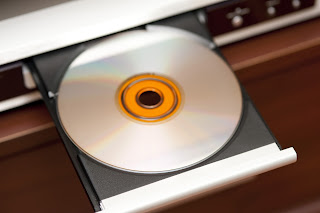 A few months ago my CD player gave up the ghost and I went and bought a new one.  Nothing terribly expensive.  In fact one of those budget systems with a fake sounding name to make them sound like a more expensive brand.  Often they are faux Japanese with names like

This one had tried to coat tail itself to the Scandinavian HiFi market so it had a spurious stroke through O and probably a couple of umlauts.

I had only had my Bjorne and Nicholseun rack system for a few months and had only used it half a dozen times. So imagine my surprise as three tracks into a compilation of Zydeco favourites
there was an ear splitting noise and all went silent.

I ejected the disc. Cleaned it and replaced it.  Silence.  Tried another two CDs, silence, silence.  I couldn't hear any sign of a disc spinning inside so my guess is that if was a belt driven turntable the belt had bust.  If it was direct drive the motor had failed. 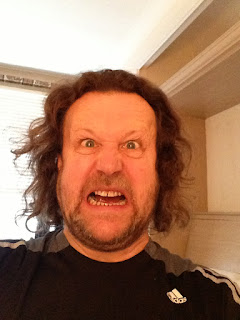 Then to my horror I thought back to where I had bought it.  I think it was at the now defunct Comet!

Aeeeiiii. Was it under guarantee and if so would I be able to get my money back?

I remember the salesman was very irritating as I was looking at the display he sidled up to me and said turning up a radio station on one of the tuners.

"Creedence.  I like a bit of CCR."  (Creedence Clearwater Revival)

It is a trick by fans and music journalists in particular to give artists short forms or initials.  I think it's designed to show us mere mortals that we are not in the loop and they know stuff we don't and that they are close personal friends with the artist and that in this rather patronising fashion they are letting us know that we know little or nothing about the person or band in question.

For CCR also see "Areeta" Franklin. "The Bunnymen" and "The Evs" . This familiarity is not confined to music.  Annoyingly the BBC Six o'clock and Nine o'clock news are known as

"The six" and "The nine" by the cool people on the inside track.

Actors are not immune.  Sadly the wonderful Richard Briers died on Monday and I read a slew of tributes all referring to "Dickie".  Although surprisingly not a word from Felicity Kendall.  Perhaps I've missed a glowing tribute from "Fliss" (I just did that to fool you into thinking we were close personal friends. Even though I've only ever seen her in the flesh once and that was as she was striding purposefully through London's theatre land some years back.

The second part of this riveting story coming soon. In which I give the overfamiliar salesman a taste of his own medicine. What next in my quest for electronic satisfaction?  Also how nothing is ever, ever straightforward.

Great to have the blog back.
I can relate to how that polar bear feels...I really can!