It’s only a few days, but Xmas and the New Year are now but a distant memory.

Good and cold too, although I have a cynical snoot for exaggeration and hyperbole. It has been cold and friends have reported burst pipes and there was some ice on the fountains in Regents Park in London but it wasn’t, to my knowledge, "Arctic" was it? To me "arctic" means -30C, ice a foot thick and small children’s tongues being frozen to lamp posts. 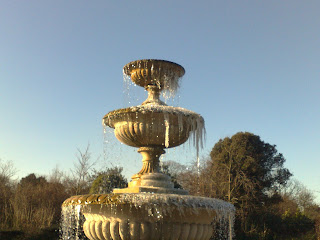 In my rented flat I thought I’d check out the heating as it began to get a mite chilly. Also I had a friend to stay and I didn't want them to think I was a miser who wouldn’t turn up the central heating.

It’s a communal system which means the hot water is allied to the heating. When others in the block decide to have baths and showers the general level of heat falls. I discovered this to my cost when it’s been ‘tubby time’ at about 11.00am. Temperatures have not risen so the water is sometimes annoyingly tepid.

I have three radiators - two in the living room and one in the bedroom. They are hidden away behind some sort of built in screen thingy. I took the front off the bedroom one, switched it on and bled it. It heated up a treat but then started to smell a bit so I vacuumed the dust off it. One radiator in the living room was fine, but the other was cold. On investigation I realised why: It wasn’t connected to any of the pipes and it was just resting against the wall in its little cabinet. Still I have the electric fire which I mentioned in a blog last year. If things get cool enough I will give it a go and see how long it takes for the fake flame lamps to burn out. 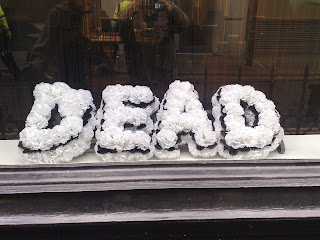 Another way the normality has been achieved, is that the last of the Xmas chocolates have been eaten and "Blubberwatch" has restarted.

You may remember that after "American Adventure 2" last June/July, I went on a diet and quickly lost a stone and a half. I then came to rest at about 12.5 stones and nothing I could do seemed to budge it. Bearing in mind my target weight was two stones lighter, this has turned into a sorry state of affairs. So ‘New Year, New Idea’ means that I have rejoined the gym.

I’ve not been a member since I left Birmingham last year when the show returned to London after a 13 year absence. So far I have been seen and registered. Looking at my diet, it’s with a heavy heart that I have identified one of the possible causes of the lard accretion. Beer! So with immediate effect I am not touching a drop during the week.

This is fine as I’ve long realised that I’m a creature of habit, rather than having an addictive personality, so I just need something else to occupy me during the usual pub time of 4 or 5pm ‘til bedtime. Hmmmm I think I might like to become a sex addict. This seems to be a very fashionable condition to ‘suffer’ from. If it’s good enough for David Duchovney, it’s good enough for me! After all he isn't fat! The aim is to reduce the truck tyre round my middle to a more manageable one belonging to a small family saloon.

I still have my ‘target trousers’ of the finest black leather. Although judging by the feedback from you when I have mentioned them on the show, you’re running about 90% against me squeezing into them. Well put it this way if they are good enough for Marc Almond. Dale Winton and….well anyway, I will just have to see how I get on. 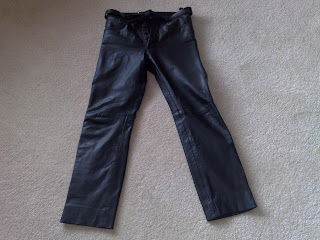 Another way of telling the world is back to normal is that there is live music on the horizon once more. Some gigs already pencilled in for the next few weeks include Elbow, Morrissey, Beth Hart. Ruthie Foster, Lisbee Stainton and Teddy Thompson. It’s a great job this, and one where you get to see some new and emerging artists, as well as the ‘greats’.

With that in mind, it was off to the legendary Ronnie Scott's club in London's Soho to see Anthoney Wright a singer with a great soul voice whose new album ‘Feet on the Ground’ is released in February.

It was a showcase which meant there were a few nibbles and the place was packed with ‘Meeja’ types. He was a bit shy, but in great voice and he had an excellent band. What was disturbing was the audience: I felt very unsophisticated and provincial in comparison. There was a tsunami of "Dahlings" and a typhoon of air kissing going on. I’ve never witnessed so many spectacularly shallow people under one roof since the 1980's. I thought these types had died out more than twenty years ago, although the pony tails and the brightly coloured spectacle frames seem to have been replaced by a motley collection of modish hats. Particularly among middle aged men. I presume that in the intervening two decades they have lost their pony tails due to male pattern baldness and have had their eyes lasered, so the specs have gone too.

"Great gig", I gurned as I clumped out in my smock leaving a trail of cow dung and straw behind me.
Posted by Alex Lester at 02:26

Please, please, please don't wear the leather trousers (in public anyway)!! NO-ONE looks good in them. If they inspire you in your 'Blubberwatch' then fair enough.

Hope you are warm and snuggly now the radiators are on.

Hurrah! Another person who displays zero tolerance for weather exaggerations. "Freezing, isn't it?" "No, it's quite cold, but it's not actually freezing." "Nah, it's freezing." "Oh, piss off.".

Where is Bert Weedon ?
Have I missed him ?
Did the shine from all that leather get in my eyes ?

Modish hats on middle-aged men!
Yikes! It makes me glad to be in SW Oklahoma where the most modish headgear ever encountered, even at the local theatre, is a clean baseball cap or a battered Stetson.
:-)With real cow dung!

Good luck with the diet, and getting the leather trousers to fit again. You realise that if you succeed and want to go out in them, you'll definitely need a modish hat to complete the outfit!

I do blubber watch.

I watch my blubber as it expands, gets squeezed into too tight clothes and wobbles around as I exert myself.

Yes, it is cold, but isn't it supposed to be? It is winter after all.

At my mother's funeral in 2002, we were passing another fresh grave where one of the floral tributes read "OLD GIT". Nice.

I've heard it said that the only person who got away with wearing leather trousers was the late, great Phil Lynott!!